Rise of street art in Bangkok 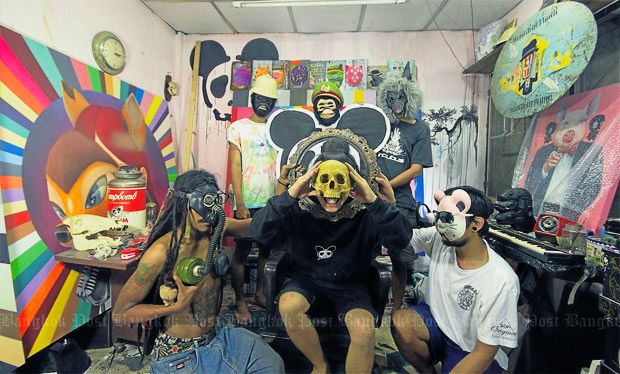 Street artist Bon and his crew in their studio, wearing masks.

Bangkok City as a canvas

As underground art starts to surface, it has become a colourful trend

Over the past six years, street art has communicated more and more with people who live in the city and provinces through its colourful appearance and characters. People now can find street art at malls, galleries and online locations as well as on brands and products. Hotels and restaurants have employed street artists to adorn their interiors while some companies have hired street artists to use their designs in products.

On Jun 12, a noted Thai street artist Danaiphat Lersputtitrakan, better known as Bon, will have his first solo exhibition after prolifically spraying his works both in and out of the country.  Following successful shows by other Thai street artists, Bon Solo Show 2014 will take place at Soy Sauce Factory [Charoen Krung Soi 24, 092-115-8696] from Jun 12-18.

Born in 1982, Ball took “Bon” as his street moniker and as a teen when hip hop culture was first introduced in Thailand, Bon became fascinated by different aspects of it, especially graffiti. While studying painting at a fine arts faculty, he started spraying his graffiti fonts on the street... (continued after picture) 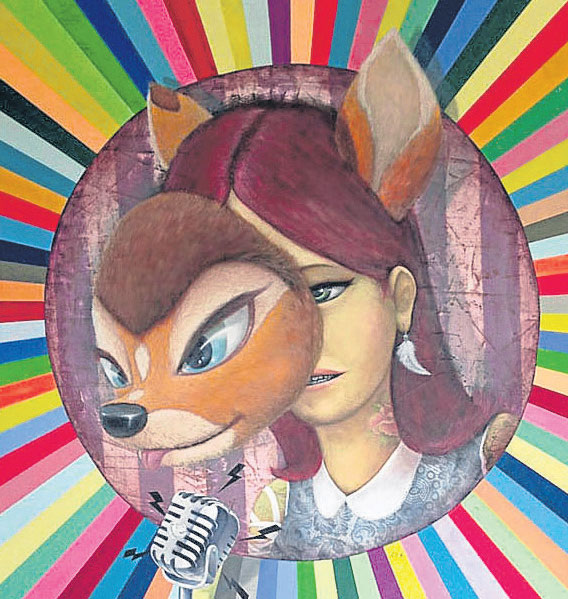 “On the first night, I was so scared, fearing that the police would come after me or people passing by wouldn’t understand what I was trying to do,” he recalls. “I eventually realised doing tags all over the place wasn’t for me. I wanted to create works that can communicate with people more.”

He also wanted to show his works but then remembered the hassle that comes with putting together a show. “I came to the conclusion that I can finish 10 walls for hundreds of viewers at the same cost as one show that is seen by a smaller group of people,” he says. (continued after picture) 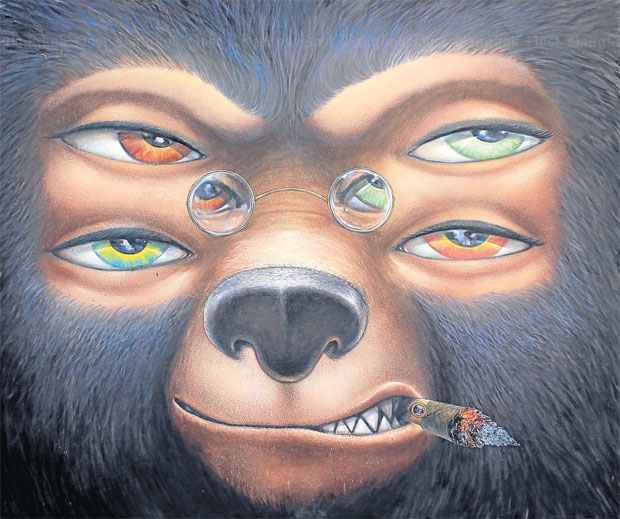 A decade and hundreds of spray cans later, Bon has developed distinct human and animal characters that you may have seen in Bangkok, Chiang Mai or Phuket. ...Besides the colourful and quirky appearances of the characters he creates, Bon also tries to sell serious messages about our society and its changing culture.

For example, his masked characters represent our effort to project an image about ourselves we want others to see. He explains, “Tribesmen wear accessories or paint to distinguish themselves. The difference is that today we take things out of our body or inject something into it.” (continued after picture) 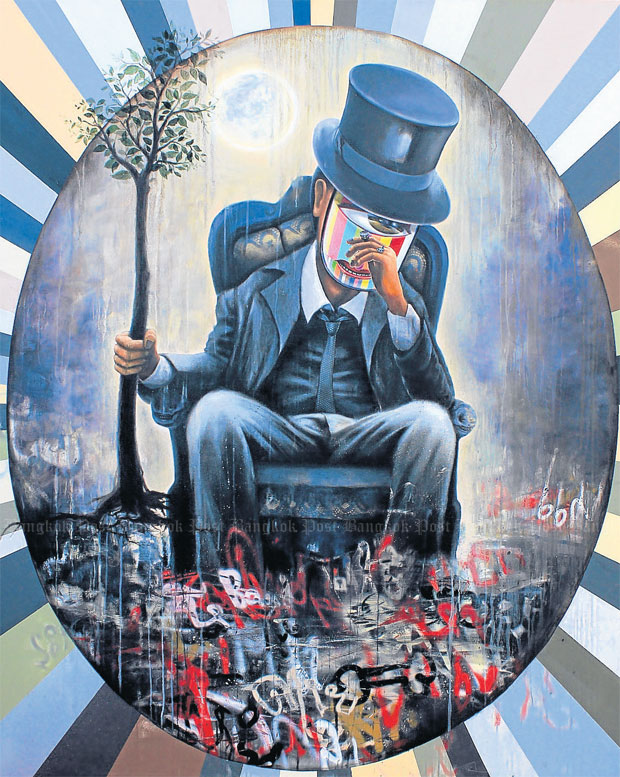 Some of his creations are also in protest to society’s status quo. He recalls, “I snuck into an abandoned government building site once. Columns, which were paid for by taxpayers’ money, just stood there. Millions of baht were wasted so I sprayed fishbones on them. The big guys always take the flesh and leave the bones to the ordinary people.” (continued after picture)

Another signature of his is a Mickey Mouse skull sticker that came to him while he was ordained as a monk. Bon was reading about death and had a small epiphany. “Peace is possible. When we all realise that we are going to die one day then we see no need to harm others. It is such a cool idea so I combined a skull with the peace sign.” The mouse ears are for sugar-coating. (continued after picture) 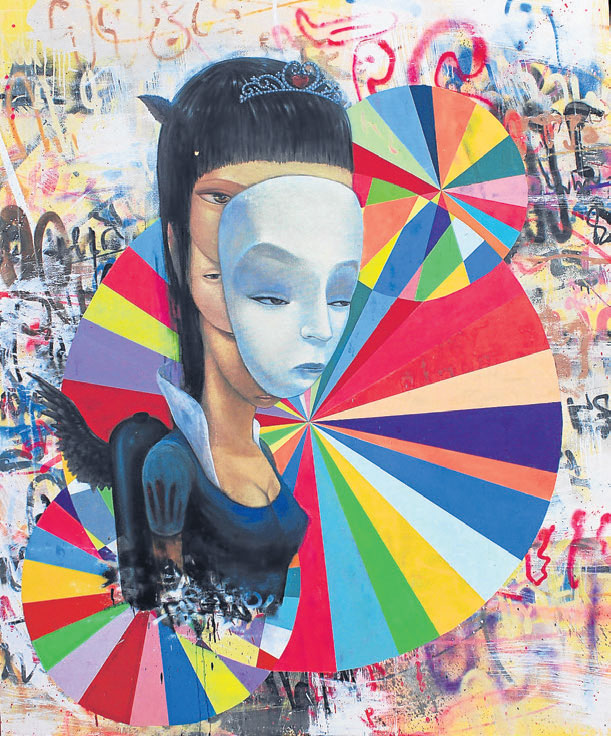 These art hotels are part of a new artsy neighbourhood ,the W District in Phra Kanong. The W District dedicates 12-rai to being  an urban art playground with an active art space, art bazaar, soon-to-open art residency and gallery.

Since you can’t take home a chunk of wall with images by your favourite street artist, we suggest buying products from URFACE (Suriyasai House, 2/F, Surawong Road, 02-637-1283, fb.com/urfacestore). Co-founded by the dearly-missed Mamafaka, the shop offers bags, wallets, iPhone cases and other accessories that feature cool designs by Mamafaka and P7 as well as other Thai artists.