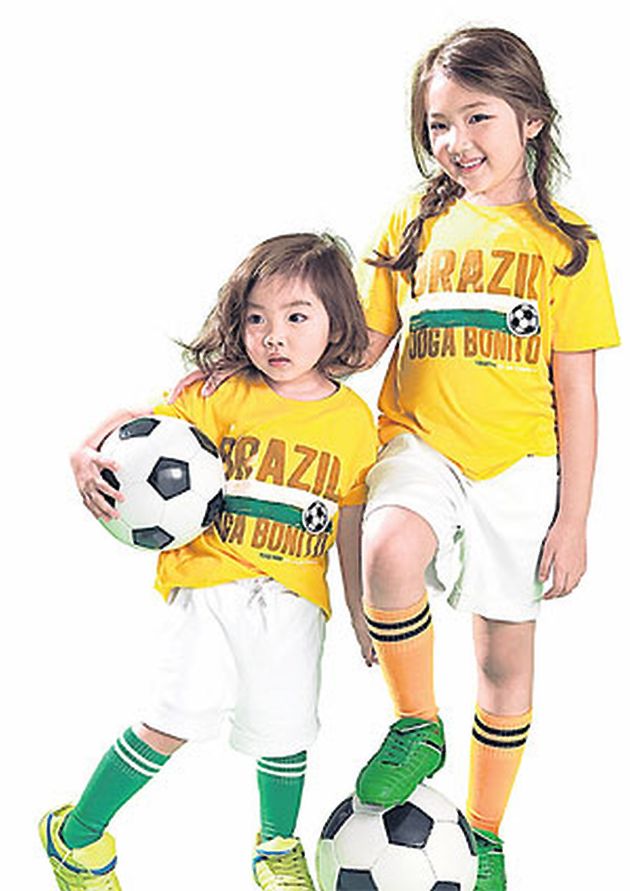 Sportswear for the whole family featuring the colours of favourite teams are popular this World Cup season.

World Cup fever has struck Thailand and even people who do not watch football matches are in a party mood, and all kinds of businesses — clothes, food, home décor and even beauty products have jumped on the happy bandwagon. You have numerous fashion options you can pick to show off your World Cup spirit. Attire from Bossini’s Summer 2014 collection (See photo on top) features symbols of leading World Cup teams such as England, Spain, Germany, Brazil, Italy and Portugal. The collection includes menswear, womenswear and childrenswear to outfit the whole family.

Comfy footwear brand Crocs has introduced a line of sandals (formal word) or flip flops (informal word) named Crocband Flag Clog (1,390 baht) printed with national flags of five favourite teams, including Brazil, Argentina, Spain, Germany and the Netherlands. Another option is Crocsband Flag Flip (990 baht) in both adults and kids sizes, featuring the same five flags. Havaianas has launched another collection Teams II for the World Cup season with a signature design with the colour of the flags from more than 20 countries, with the number 10 that only the superstar player of a team can wear. Versace has created a special T-shirt using the colours of a Brazilian carnival (see photo), decorated with repeated images of footballs and flowers with gold chains and leopard print for added luxury. At the heart of the T-shirt is the iconic Medusa head. The T-shirt, in silk satin for her and cotton jersey for him, is now available in select boutiques. Armani Jeans also offers a collection of themed T-shirts with the classic signature logo re-mastered in the eight major countries' home colours — Italy, Germany, Brazil, France, Spain, Argentina, USA and England.

Women can also express their world cup fever in other creative ways including painting their fingernails in symbolic colours, such as yellow and green for Brazil fans. Peel off nail stickers are also available at many beauty stores. Recommended nail salons where you can get nail art done or just a good manicure include @TheNailTrail, @OhMyGoshPolish, @SeizeTheNail and @NailDecor to get cool inspirations and ideas, and ask your nail artist to work his or her magic on your nails.  Or if fancy make-up is your thing, invest in a multicolour eye palette and use your eye make-up to represent your Fifa spirit. You can also use longwear eyeliner in funky colours to draw art on your cheeks which is safer and skin-friendlier than plain face paint. Eyeshadow also makes great face paint. Simply use damp cotton buds and dip them in the make-up palette (try Color My Life Makeup Palette from Sephora, 1,690 baht) to create your own skin art. Dip-dyed hair is another fun option to consider. Of course, you probably wouldn’t want to spend months with, say, blue and white hair. That’s where temporary DIY dip dye comes in handy. Mix hair gel and eye shadow in a bowl and paint your hair with that mixture. Cheaper eye shadow works as well, and might actually be a wiser choice since you will need to use a lot of it.

The National Council for Peace and Order (NCPO) is planning to order the national broadcasting and telecom regulator, the National Broadcasting and Telecommunications Commission (NBTC), to hand over to the central government the tens of billions of baht in revenue it obtained from the auction of digital TV spectrum. The move follows the Office of the Attorney-General's (OAG's) finding that the NBTC is unable to manage the money efficiently under the law. The NCPO wants to overhaul the NBTC's budget and revenue structure to improve transparency and public accountability.

According to the OAG probe, the massive sum of money, particularly the revenue from the auction of digital TV frequencies worth 50.8 billion baht, is managed on an off-budget basis which is not in line with the spirit of the constitution. The NBTC independently manages the proceeds without any scrutiny by state experts such as the Budget Bureau and the National Economic and Social Development Board (NESDB). The state auditing agency also questioned the criteria and qualifications which the NBTC uses in recruiting its board members, which has raised questions over whether these people are qualified to manage the money or oversee telecommunications and broadcasting affairs.

The military junta also looks set to revamp some sections of the 2010 Frequency Allocation Act (FAA) to help TOT Plc regain its concession revenue to help the state telecom enterprise's ailing financial status, and eliminate loopholes in the law. Another important legal loophole which needs amending is Section 84 of the FAA, which stipulates that TOT, which is a state telecom enterprise, cannot book any revenue related to concessions in its financial statements. The law has required the state firm to pass this revenue to state coffers since Dec 20, 2013. This rule has hurt TOT's financial status as the state enterprise is bracing for a hefty operating loss of 10 billion baht this year after reporting a profit of 4.3 billion baht in 2013. 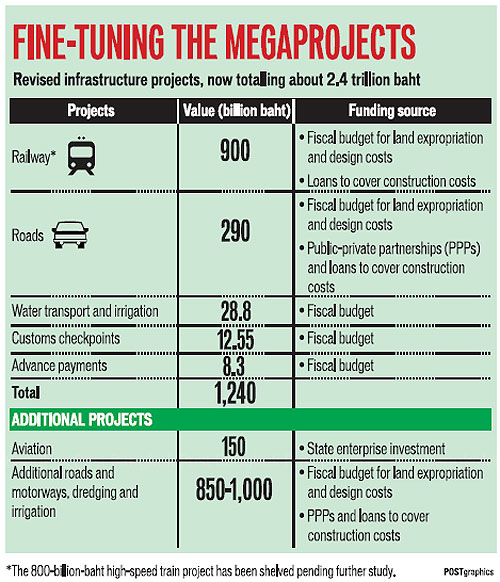 2015 infrastructure projects could run to B100bn

The first-year investment budget for the 2.4-trillion-baht infrastructure plan to be proposed today by the transport strategy committee is expected to reach 100 billion baht. The seven-year plan, starting in 2015 and ending in 2022, is likely to get the go-ahead, although some details and budgets could be further revised. Most railway projects will be financed by the fiscal budget and loans, while most road projects will be funded by the fiscal budget and public-private partnerships (PPPs). The revised plan has shelved high-speed train projects worth about 780 billion baht and added aviation improvements, motorways connecting Bangkok to adjacent cities and dredging projects for a combined 1 trillion baht. During the first year of the plan, investment is projected to fall within 100 billion baht, with the greater part spent on construction design, environmental studies and appropriation (but not construction costs). One stumbling block was that investment through PPPs could turn off investors who recalled the state's past broken promises and adjustments to fees already agreed in contracts.

Projects ready to be carried out include four-lane roads, some dual-track rail and three electric train lines: the Orange Line from Thailand Cultural Centre to Min Buri, the Pink Line from Kaerai to Min Buri, and the Yellow Line from Lat Phrao to Samut Prakan. Experts say a restructuring of the State Railway of Thailand (SRT) is needed before railway projects proceeded because the efficiency and ability of the state enterprise SRT may not be sufficient to run these projects. Another option is for the SRT to rent out its rail networks and let a private enterprise operate them. Feasibility studies were done and environmental impact assessments should be completed before projects begin. Fair compensation should also be paid to land owners to compensate for appropriated land. Compensation tends to be much lower than the actual market price. Those benefiting from land sales should be taxed for their additional gains and those land owners whose lands are expropriated should get just compensation from the government. In the past most projects historically have been centred on Bangkok. A master plan for long-term development of all regions including infrastructure projects, instead of a focus solely on Bangkok alone would be an effective way to narrow the gap between Bangkokians and people living outside this developed city. 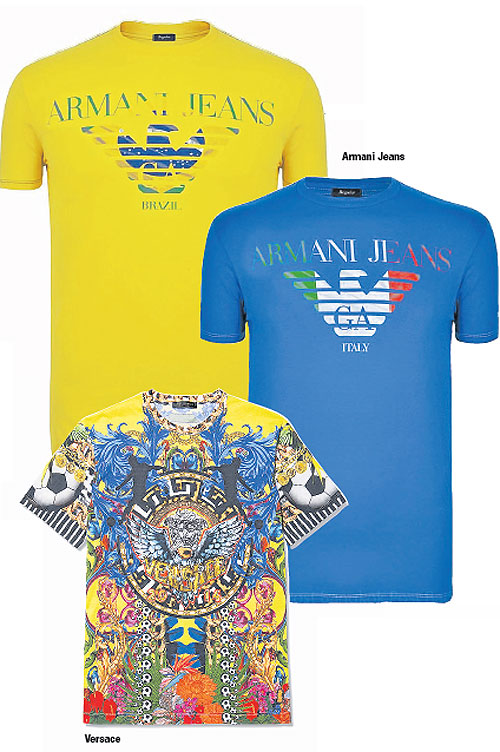 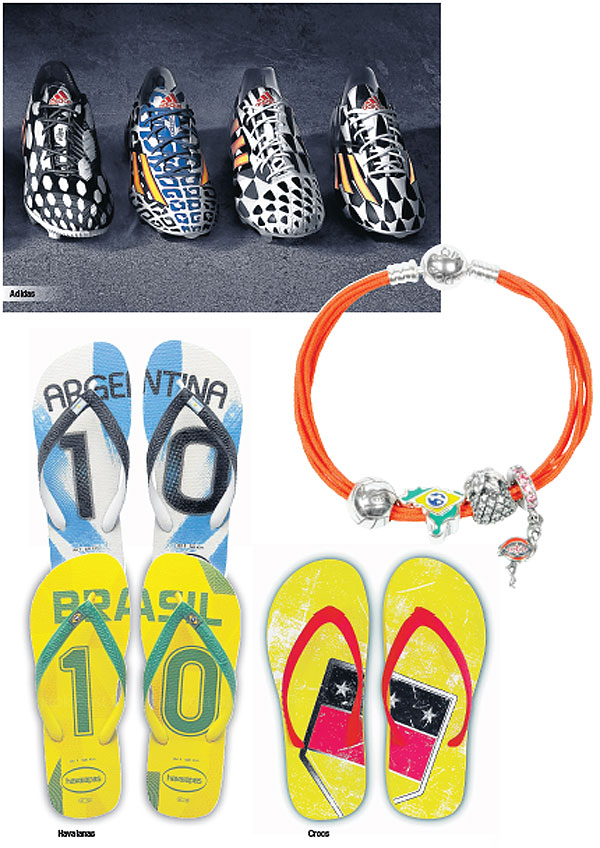