Uruguay, Costa Rica, Colombia and Greece are in. England, Italy, Japan and Ivory Coast are out. 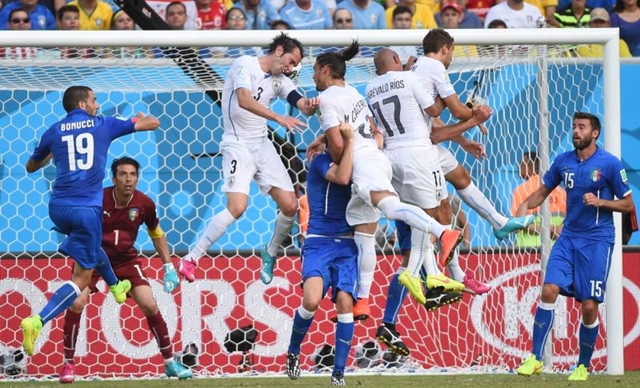 Uruguay's defender Diego Godin (3rd L) scores the only goal during the Group D football match between Italy and Uruguay at the Dunas Arena in Natal during the 2014 FIFA World Cup on June 24, 2014. AFP PHOTO / EMMANUEL DUNAND

NATAL, Brazil, AFP – Uruguay kept their World Cup dream alive with a 1-0 win over Italy in Natal on Tuesday that sent the four-time champions crashing out of the competition. (Video highlights: http://www.fifa.com/worldcup/videos/highlights/match=300186465/index.html)

Italy, who had Claudio Marchisio sent off in the second half join a growing number of European sides on the World Cup scrapheap after the exit of Spain, England, Croatia and Bosnia. 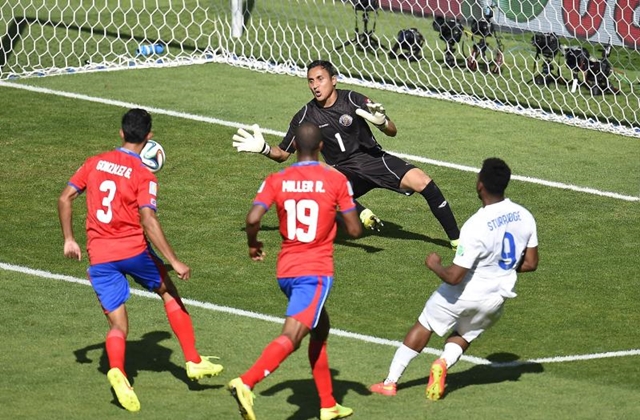 Costa Rica will play Group C runners-up Greece on Saturday after they scored a last-gasp 2-1 win over Ivory Coast to scrape into the last 16. 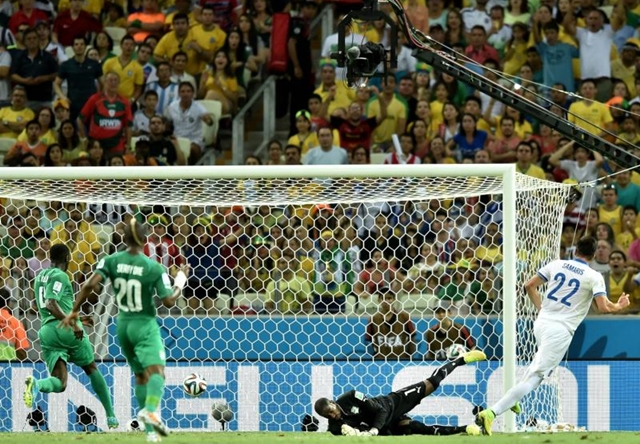 The Africans had recovered from falling behind to an Andreas Samaris goal to level through Wilfried Bony on 74 minutes.

Colombia wrapped up qualification for the last 16 with another impressive win, destroying Japan 4-1 in Cuiaba.(Video highlights: http://www.fifa.com/worldcup/videos/highlights/match=300186457/index.html) 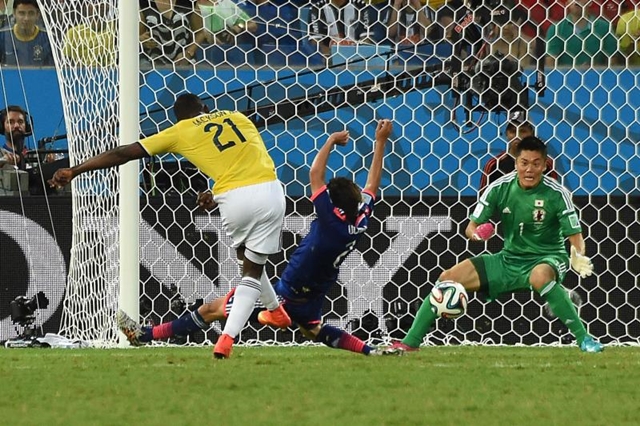 The match also saw Colombia substitute goalkeeper Faryd Mondragon make history, becoming the oldest ever player at a World Cup at the age of 43 years and three days.

Here is everything you need to follow the World Cup competition in English: http://bit.ly/RlaA3Y 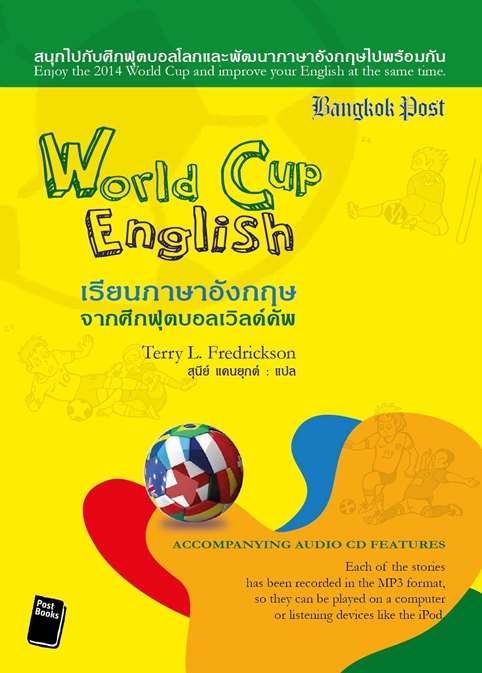