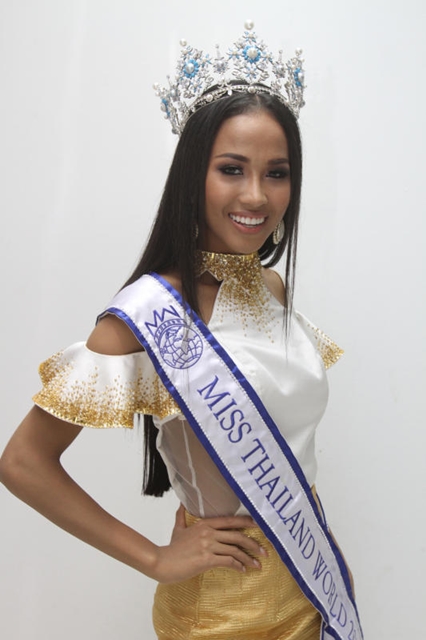 The message has been drummed into us — beauty means light-coloured skin. 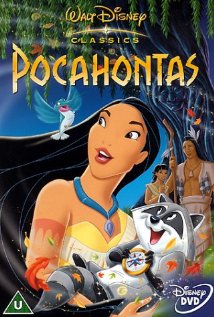 It’s no surprise, then, that the winner of this year’s Miss Thailand World 2014 has raised a couple of eyebrows. Her dark-bronze complexion is immediately noticeable among the pale throng of contestants.

But Nonthawan “Maeya” Thongleng doesn’t just stand out because she looks like an Amazonian goddess, or, as the media have begun to dub her, Pocahontas. Maeya stands out because she’s natural, endearing and down to earth.

And most importantly, she’s comfortable in her own skin.

“I wanted to prove that darker skin girls can make it in the Thai beauty world too,” she says. “Before the contest, I told my Instagram followers that I wished to represent all the girls who felt insecure about their dark skin. I said, ‘I will try to win this contest to give you a leg to stand on'.”

“Many Thais want to be white and those with dark skin try to hide it. They think they aren’t good enough but I’ve shown them that this isn’t true.”

The 22-year-old aspiring singer and model has since been inundated with messages from fans saying she’s helped them change the way they feel about their skin.

“They tell me, ‘I won’t try to be white anymore. I will be proud of myself'.” 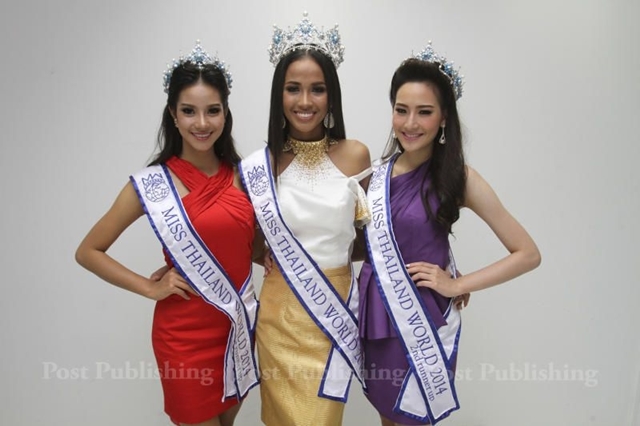 As a young girl growing up in Surat Thani in the South of Thailand, Maeya often dreamed of being crowned Miss Thailand.

“I practised my beauty queen wave every day — I was a real wannabe,” she jokes. But she discouraged herself from getting too hopeful, aware that there were very few dark-skinned Thai beauty pageant contestants.

“I would tell myself, ‘They don’t like people with dark skin. Only people with pale complexions are considered beautiful’. But when I looked at myself in the mirror, I thought, ‘I am pretty! I’m just a different kind of pretty’.” 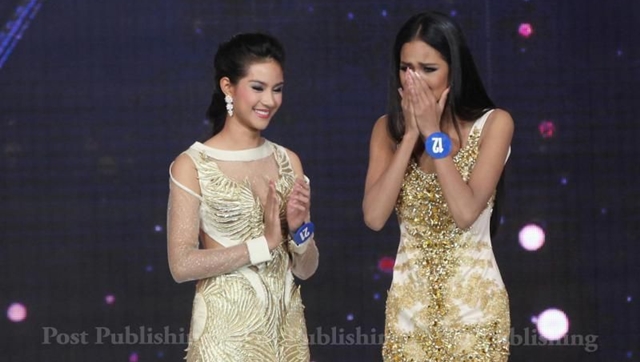 Maeya says she had to try a lot harder than the other Miss Thailand World contestants to encourage people to accept her skin tone.

Did she ever think she stood a chance of winning?

“Of course! I think that I met the other requirements [for winning] except perhaps about my skin colour, but I decided that it was OK! I’d just have to change their minds.” 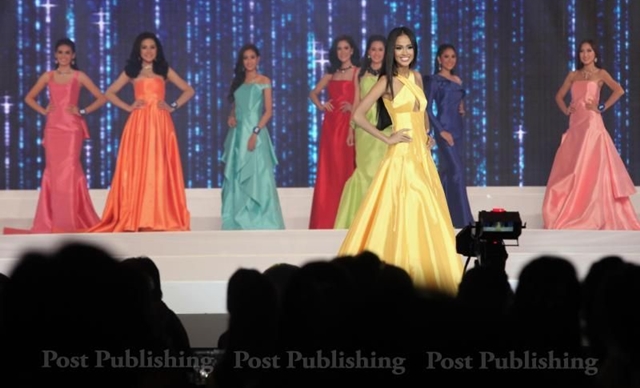 Maeya had previously competed in Miss Thailand World 2011 but failed to make the final round. She spent the next three years focusing on her studies at Stamford International University. Talent and intelligence are just as important as beauty, she believes.

You can see why Maeya won in this video: