Gamers play role of "El Presidente", president of tropical island who seized power, must draft constitution and manage country, with options of intimidating media, ruling as iron-fisted dictator or cheating at elections to stay in power. 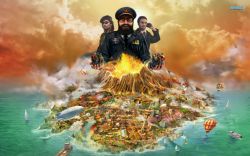 Tropico is a city building game that takes place in the beautiful land of opportunity known as Tropico. New challenges arise continually in Tropico that need solutions. As leader, you can decide your country's independence and write a full constitution, creating any rules that please you. (Source: Wikipedia)

Authorities answering to the junta have banned the nation-building simulation computer game Tropico 5, saying it could hurt the country's security, a video game distributor said on Monday.

The film and video censorship office allegedly blocked sales and online connection to Tropico 5 because they feared "some part of its content might affect peace and order in the country," New Era Thailand marketing manager Nonglak Sahavattanapong said.

She said the office that banned the game is part of the Culture Ministry's cultural promotion department. It did not provide any further explanation in a written statement received by the distributor on Monday.

The office did not immediately reply to a media request for comment.

Tropico 5 is the latest version of a game developed by Haemimont Games of Bulgaria and released by publishers Kalypso Media of the United States. It works on many platforms including Windows, Mac, Linux, XBox 360 and PlayStation 4.

It is technically a multiplayer online role-playing game (MORPG) which allows gamers to play the role of "El Presidente", the president of a tropical island who had seized power. He must draft a constitution and manage the country, with options of intimidating the media, ruling as an iron-fisted dictator and then cheating at elections to stay in power.

Thailand's authorities took power in a military coup on May 22.

"Actually it's a good game with positive reviews," said Ms Nonglak. "We've had licences to distribute Tropico 3 and 4 before, but in the fifth installment, the story line has developed further and there might be some part of it that's not appropriate in the current situation" in Thailand.

She said the company will not appeal the decision.

Tropico 5 presents players with the option of being a military dictator - El Presidente - or a female rebel leader trying to overthrow the dictator. A continual stream of choices face players, including on corruption, election cheating, armed rebellion and violence. 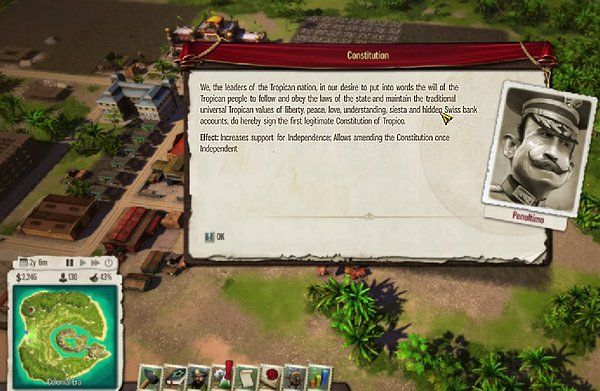 In the multi-player computer game, authorities have seized all power in order to rebuild Tropico 5, but not all decisions carry equal moral weight. 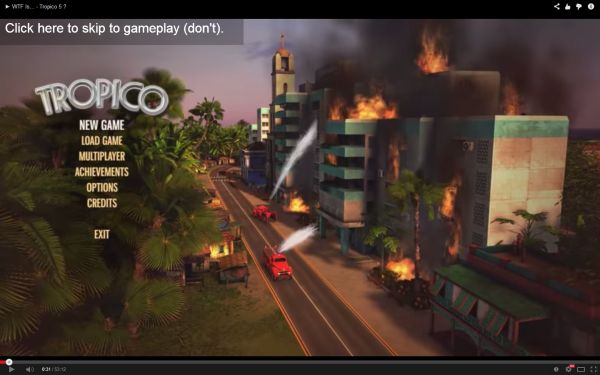