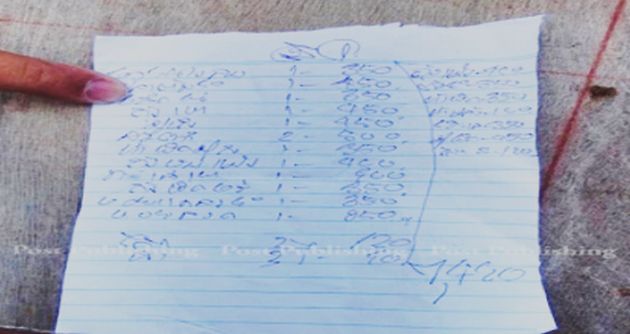 Surprise food bills like the above of over 7,000 baht from Hua Hin beach vendors has prompted regulation of prices by local authorities. 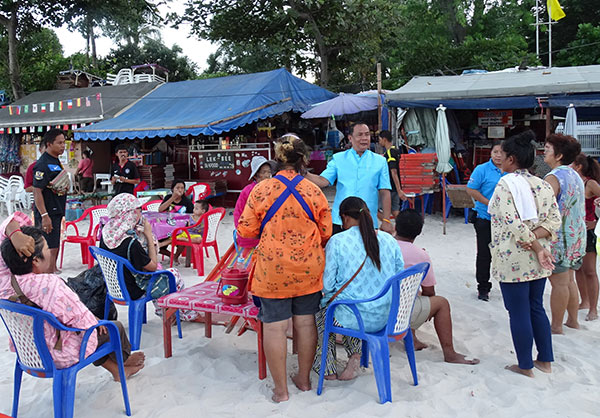 After complaints about inflated bills for meals in Hua Hin, the Commerce Ministry's officials in the province, particularly in the Internal Trade Department and the Provincial Commerce Office, are now inspecting food bills at tourist and beach areas.

Previously, the ministry considered putting restaurant bills on the price control list under the Price of Goods and Services Act, but this idea was scrapped because Thailand has plenty of restaurants and intense competition, keeping food prices fair. In practice, provincial governors are eligible to declare an appropriate reference price at each location and a proper profit structure for food sellers not exceeding 30%. The food bills should be based on raw material costs, rent and other relevant costs. Prices should not differ greatly from other outlets at the same location.

Food traders found selling goods or services at prices higher than the reference prices will be subject to seven years' imprisonment or a fine of up to 140,000 baht, or both. If a vendor is found guilty of swindling a consumer, the penalty is three years' jail or a 6,000 baht fine, or both. Consumers have also been encouraged to use social media to spread the message about outlets that sell at inflated prices.

Hua Hin is the next beach to be targeted in the junta' s beach clean-up program to return beaches to nature.  Hua Hin's beach has long been encroached on by a number of vendors and resort owners who have illegally built their own facilities right on the beach. The plan is to move vendors to special areas near the beach so that the beach can be cleaned up, but around 200 vendors have defied the order claiming that the areas they are being moved to are too far away. Vendors who have built permanent structures on the beach are currently being evicted but this is a legal process that takes time.

A lunch of papaya salad and seafood sounded like a fine complement to a relaxing day on Hua Hin beach to Ladda Chumchim and her family group of 11. Then they got the bill: 7,480 baht.

The total charged by one of the many food stalls in Hua Hin certainly was more than Ladda expected. The bill included charges of 250 baht for a plate of som tam, when the posted menu said the regular salad with shrimp cost 200 baht. And the platter of seafood was nothing special: just a half-dozen mussels, cockles, two prawns and a squid. The quantity served wasn't nearly worth 900 baht, she said.

Ladda paid the bill, but she wasn't done: She went to the police and plans to take her beef to the National Council for Peace and Order (NCPO) which, as it turns out, already had its eye on Hua Hin as the next target for its beach-resort cleanup campaign.

The price of food in Hua Hin is just the sorest of many sore spots tourists and authorities have in the popular beach town. But unlike in Phuket and Pattaya, where the NCPO sent uniformed soldiers to clean up the beach and back up police, Hua Hin officials are handling things themselves.

The province has planned a so-called "D-Day" where authorities will clean up the beach, remove illegal structures, and, to the delight of many tourists, regulate the service and price of food on the beach.

Mayor Nopporn Wuthikul said officials have surveyed food prices at beach stands and agree that some are charging too much. He said stall owners have been asked to reduce prices voluntarily, but the province ultimately will meet with vendors to set standardised prices and post clear menus.

Bussaba Phramtoh, owner of the stand where Ms. Ladda's group ate, defended her prices, claiming 13, not 11, people ordered 17 seafood dishes between 11am and 5pm. It was only when the bill was presented did anyone complain about menu prices.

Ms Bussaba said she offered the group a 1,000-baht discount to settle the dispute, but then discovered Ladda took her grievance to the police.

Other vendors have had their price disputes go viral online.

On Monday, the Facebook page for Phetchaburi and Prachuap's community TV news outlet published a 3,820-baht bill from a Hua Hin food stall. Papaya salad was sold for 150 baht with ordinary glass noodle and minced pork soup at 250 baht a serving. The average price of each dish was more than 150 baht.

Netizens commented that the food was overpriced, with prices similar to those charged by high-end restaurants. They urged authorities to investigate and better regulate food stalls on the beach.

Vendors, however, are hitting back. A group representing food shops on Hua Hin beach on Wednesday submitted a letter to NCPO chief Prayuth Chan-ocha, asking him to force Prachuap Khiri Khan governor Weera Sriwattantrakul to fairly reorganise the more than 160 shops on the beach.

Group leader Jongkolnee Ritthirong said some vendors had been operating on the beach for more than 30 years and have complied with regulations, contrary to the governor's claims the vendors are operating outside legal boundaries. They complained that regulation and removal of their stalls would impact their livelihoods.

As for food prices, Ms Jongkulnee said all shops had posted menus with clear prices. She claimed 150 baht for som tam with crab was the normal for tourist spots like Pattaya and Phuket. She added that vendors had suggested the province set a median price for food, but their suggestion had been ignored.

Finally, Ms Jongkulnee reasoned, the province was unfairly coming down on beach vendors while ignoring restaurants and resorts that have constructed buildings on public land near the sea. She said the NCPO should ensure the same standards apply to all businesses in Hua Hin. 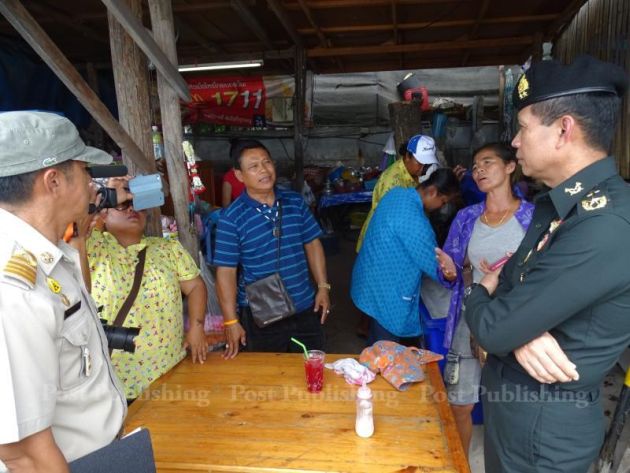 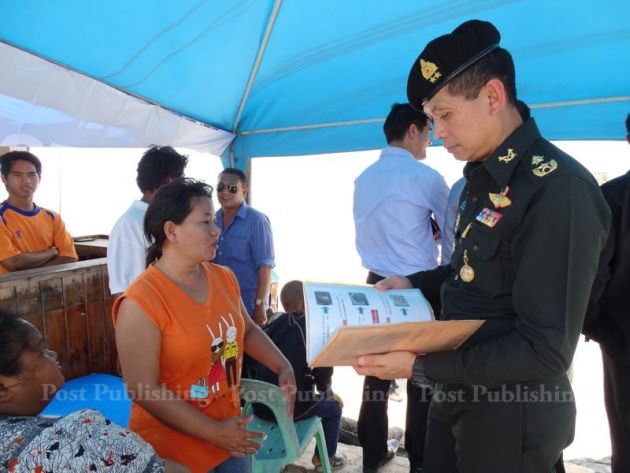 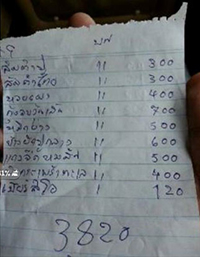 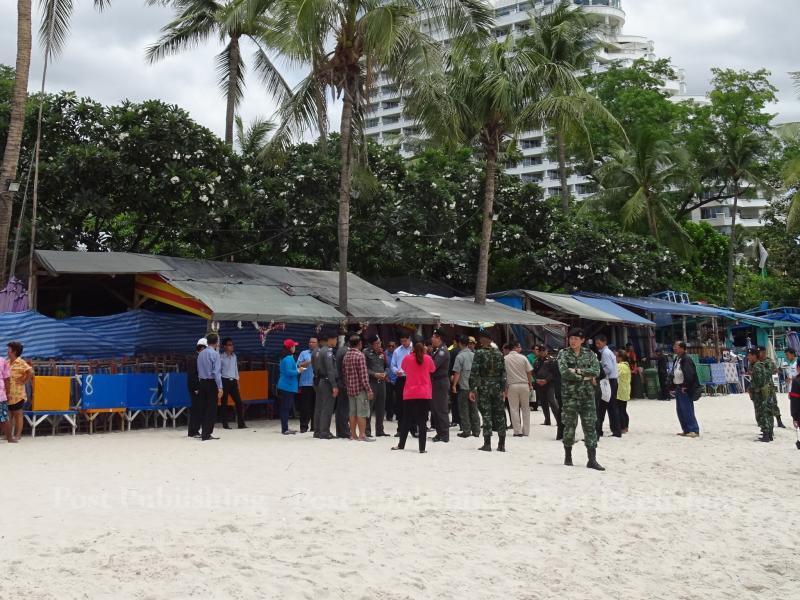