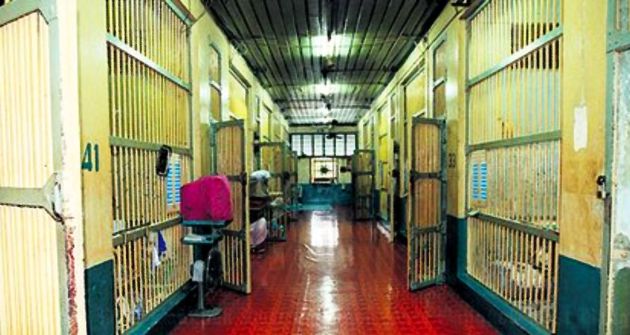 Prison walls don't stop big-time drug peddlers, who are not stopped by jail sentences and continue to efficiently manage their illicit rings from inside prison using mobile phones.

Iron bars may limit the freedom of inmates, but they have failed to prevent inmates from carrying on the drug dealing that put them in prison in the first place.

Large prisons in recent years have turned from correctional facilities into the nerve centres for distribution of drugs, with several high-profile convicts refusing to give up the illicit trade even once incarcerated.

Advanced communication technology has torn down the prison walls intended to keep the inmates away from the outside world. Mobile phones have become a prized tool of necessity for the inmates.

Mobile phones are smuggled into the prisons by various, sometimes bizarre, means. Authorities have reported a contraband device being lodged inside the rectum of a transvestite hired by a fellow inmate to hide the phone. The smuggler was caught and the hidden item fell out when he was made to do a squat jump by suspicious warders.

Some mobile phones are air-dropped by drones or simply sling-shotted or tossed over the prison walls. Others are stuffed inside footballs, tennis balls or soft drink cans. Prison staff have caught people inserting a mobile phone SIM card into a steak relatives delivered to the inmates.

The smuggling of the phones would not be successful without the help of prison staff who are paid to look the other way. They also claim a cut from the fortune made in the drug trade, effectively making them retainers of the convicts.

The phones thrown or propelled over the prison walls are collected by prison officials who hand them to the inmates. They do not land very far from the walls.

The active intra-drug dealing network is headed by big-time inmates or convicts, many of whom are on death row or serving life sentences. Drug crimes are regarded as among the severest forms of offence and are punishable by a lengthy jail terms, a life sentence or even death.

At the top of the drug dealing chain are inmates or convicts, many of whom are drug kingpins. They pick up the phones smuggled in for them and place orders for illicit drugs from suppliers, many of whom are based across the borders.

As the drug trade is fiercely guarded and conducted on the basis of personal trust, the suppliers and traffickers are more inclined to do business with the dealers they know, even if they are behind bars.

The drug-dealing prisoners fall into four groups according to their levels of influence and acumen, which dictate the amounts of drugs, mostly methamphetamine or ya ba, they can order from suppliers.

The biggest names, or jek pua, can order up to 5 million speed pills at a time while the lesser-known drug convicts or inmates, known as kor pua, reserve a maximum purchase quota of 300,000 tablets per order.

The nor pua, on the other hand, belong in a tier where their order ceiling goes up to 100,000 tablets a time. The lowest ranks are the sa pua who can order a small amount of methamphetamine or other drugs.

One of those in the jek pua hierarchy is the notorious Klong Toey drug kingpin Sayam Sapworasit, alias Parp 70 Rai. He was sentenced in 2004 by the Criminal Court for laundering between 200 million and 500 million baht in profits from drug businesses.

The drug trade involving inmates requires multi-party collaboration. The inmates have been in the trade long enough to know who wants what drugs.

The inmates would phone drug suppliers and arrange for couriers to deliver the drugs to customers. The customers pay a "cashier", who may be the inmate's relative, who opened proxy bank accounts to receive the payments.

A portion of the money wired to the accounts is used to settle the bills with the drug suppliers. The drug kingpins keep the couriers and the cashiers separate. If they knew one another, the "drug trading loop" would be complete without the kingpins, which would make them dispensable in the trade.

As of Aug 1, the nation's jails held 236,267 prisoners. Of these, 70% faced drug or drug-related charges and of them, an estimated 800-900 are major drug traders, including the kingpins who continue to trade in drugs behind bars.

Some convicts jailed for murder have joined drug dealing inmates. Some who have served their time are also drawn back to drug gangs after they are discharged.

An investigation has uncovered hundreds of thousands of baht passing through each drug inmates' bank account in a single day. One drug trader in the Northeast opened more than 30 accounts held in the names of proxies.

The source said the inmates usually make phone calls or send short messages at night when they retire to their cells. Overcrowding has resulted in a lax internal surveillance, allowing the remote ordering of drugs to thrive.

They discovered many proxy bank accounts had been opened in the names of relatives of the drug trader inmates. The five prisons, along with the Bang Kwang and Rayong prisons, have been under close surveillance.

Each year, 3,000 mobile phones are seized from inmates from the major prisons. Entry-level phones which normally sell for a little more than 1,000 baht apiece cost 10 times more when they reach the prison. A sophisticated smart phone is known to have changed hands for 1 million baht.

Prison staff have been arrested for turning a blind eye on the illegal activity. Gen Paiboon Kumchaya, the deputy chief of the National Council for Peace and Order, has visited prisons after hearing drug dealing was taking place with the connivance of prison staff.

He has ordered a drastic prosecution of wrongdoers. The council also insisted there must be "zero" drug dealing in prisons.