Distinguished national artist Thawan Duchanee died yesterday at the age of 74. Here are excerpts from the Bangkok Post's front page obituary and a feature in today's Life Section. 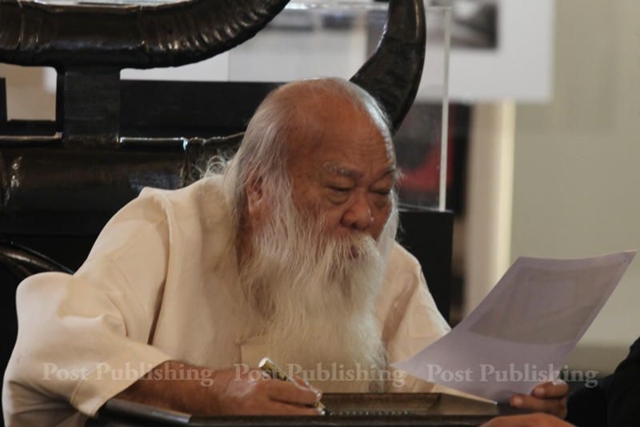 Born on Sept 24, 1939, in Chiang Rai, Thawan studied at the Poh Chang Art and Craft College in Bangkok.

He furthered his studies at Sikpakorn University, where he was groomed by the late professor Silpa Bhirasri.

Thawan also earned a doctorate degree in metaphysics and aesthetics from the Royal Academy of Visual Arts, Amsterdam, Holland.

His paintings are widely praised, both in Thailand and abroad, but it was in his home country where his art was truly appreciated.

He was declared a national artist in 2001. Thawan is survived by four sons. 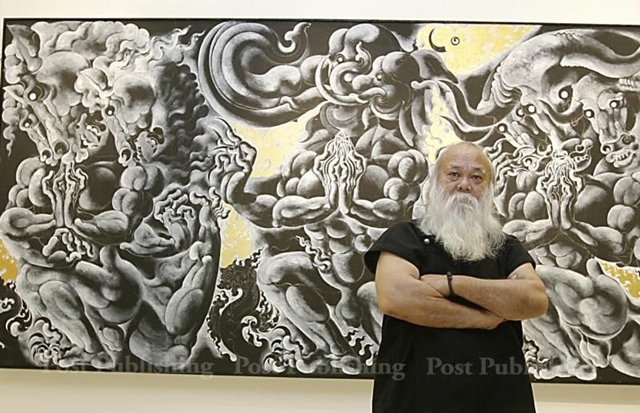 The royal bathing rite for Thawan is to be held in Sala 1 of Wat Depsirin tomorrow at 1pm. Chanting rites will then be held at 7pm from tomorrow until Sept 10.

The royal funeral ceremony is set for Sept 11 at 5pm.

National artist Chalermchai Kositpipat mourned the loss of his inspiration and idol.

He said he viewed Thawan’s death as “the world’s great loss’’, because his paintings and sculptures made Thailand famous in the international art world.

“He left behind an example for other artists to follow.”

He urged young artists to see Thawan’s artistic excellence as a model and follow his path to success.

In the early 70s, Thawan's set of paintings that interpreted Buddhism in a progressive and somewhat unusual light — depicting Lord Buddha and the Mara — became a case of notoriety that signified a shift in the way Thai art made its contact with the larger society. Seeing the paintings as blasphemy, vandals walked in and scratched his pieces. It caused uproar. Thawan, true to his jovial form, said that the vandalism was a case of misinterpretation of his works, which of course promoted the Buddhist spirits, then he proceeded to destroy most of the paintings from that series. Only a few of them are left. 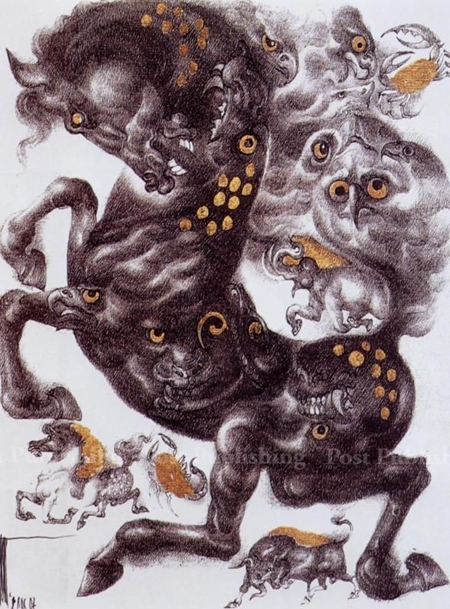 After the incident, Thawan's post-tradition take on Buddhism received a major boost. He had a major exhibition at the British Council in Bangkok in 1973 and one of the guests was MR Kukrit Pramoj, a former prime minister and renaissance man with substantial cultural influence. In no small part, Mr Kukrit's presence served as an endorsement that Thawan wasn't a subversive force, but an artist whose vision was pushing the country into a new artistic realm.

As his fame rose, Thawan challenged another long-standing myth about being an artist in Thailand: He made money from his art, and he wasn't shy about it. Thawan often said, again more in jest than in arrogance, that a few brushstrokes could earn him a million baht. It was true, but it's also a good-humoured exaggeration and Thawan said it not to brag but probably to prove that art could indeed have a modern value. Internationally, his works could fetch millions as well. One of his most legendary projects was when, in 1977, Thawan was commissioned to paint a few hundred rooms at the 700-year-old Gottorf Castle in Germany. The artist took three years to complete the paintings. 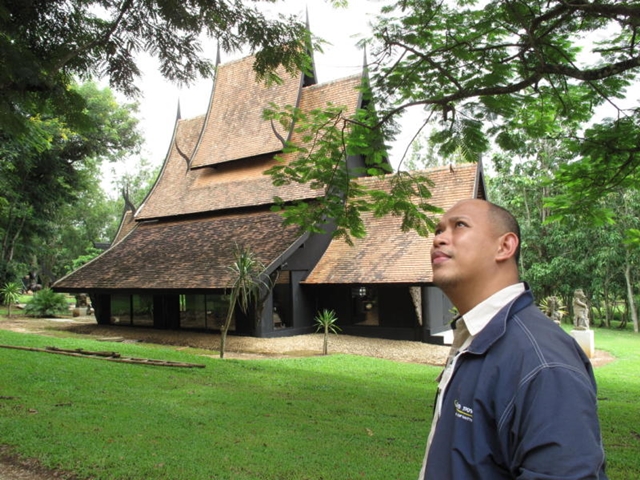 Throughout his career, Thawan didn't have all that many exhibitions in Thailand, but the masterpiece that most Thais are familiar with is his iconic Ban Dam compound in Chiang Rai, which is open to visitors. A collection of almost 40 houses, mostly in black, is an architectural cosmology of Thawan's philosophy and a museum for his love of the dazzling as well as the macabre.