Guava: Foreign but not forbidden 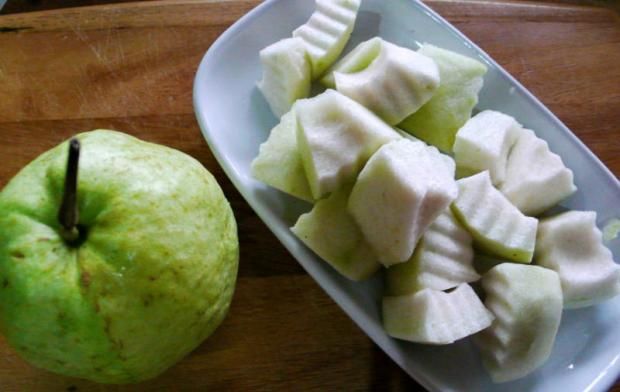 The varieties of guava that are popular today have come about thanks to the influence of humans.

A foreign but not forbidden fruit

When we hear someone mention khanom farang (a muffin-like sweet), man farang (potato), maak farang (chewing gum) and trae farang (natural trumpet), we know that the word farang means the item in question was a Western import into Thai culture. But the word farang itself has two meanings. One is the name of a fruit — the guava — that was introduced by Westerners, and the other refers to Caucasian foreigners.

The guava is considered one of the old Thai fruits, imported into the kingdom during the reign of King Narai almost 300 years ago.

Every part of the plant of the fruit, the leaves, trunk, bark, and roots all had qualities that made them useful. Its roots are believed to be effective against nosebleed and the bark yields a dye. The wood of the branches and trunk is extremely tough. Larger pieces can be used to make handles for knives or other tools. Children like to take the Y-shaped joints where branches divide to make slingshots they use to hunt small animals or use as a toy.

The leaves of the guava tree have an amazing ability to absorb odours. Archaeologists would throw branches from guava trees into the pits they dug to absorb old and musty smells. Drunk husbands used to chew some guava leaves before they arrived home to their wife and family to get rid of the smell of alcohol on their breath.

The guava fruit has to be eaten when it is just beginning to ripen, with the skin starting to turn from green to yellow.  If it is eaten while still green it is bitter, astringent and very hard, but when ripe it is soft and the red pulp inside is sweet.

Chinese pickled fruit vendors have long sold pickled guavas, mangoes, glass apples and more. The fruit is pickled in a solution that includes coarse sugar and the dry twigs of a plant called cha-em that colours it bright yellow.

Birds have always been experts at stealing the fruit, and many guava trees grew from the seeds in their droppings. The fruit on these trees was small and astringent, and people referred to them as farang khee nok — "birds**t guavas".

These days there are not many people who like the old guavas and the farang khee nok, and they are generally considered a worthless fruit. New types have appeared to replace them, together with hybrids. Today there is a variety of different kinds of commercially-grown guavas: kimju, Vietnamese, klomsalee, and the seedless paen see thong. The fruits of these new varieties are very big, the pulp is soft and they either have few seeds or are entirely seedless.

Few of the people buying guava at the market today would be interested in the original Thai guava, that for generations was the only choice, but that doesn't diminish the delicious flavour and aroma that still make it special for those who know. 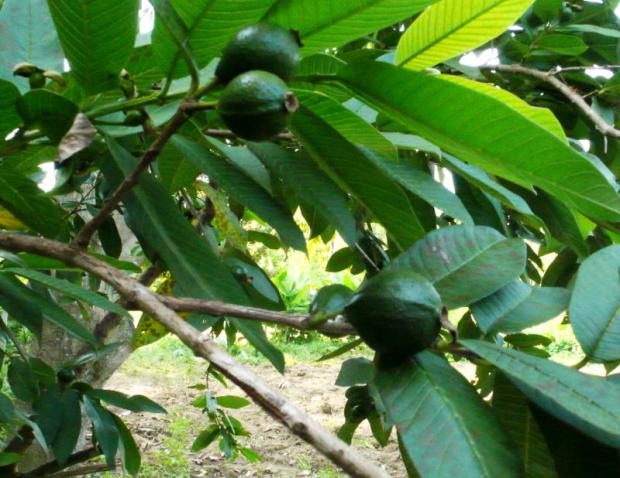