More than 100 flights at the Chiang Mai International Airport have been cancelled and 50 flights have been rescheduled during next week's Loy Krathong festival. Khon Kaen, however, wants flights to continue. 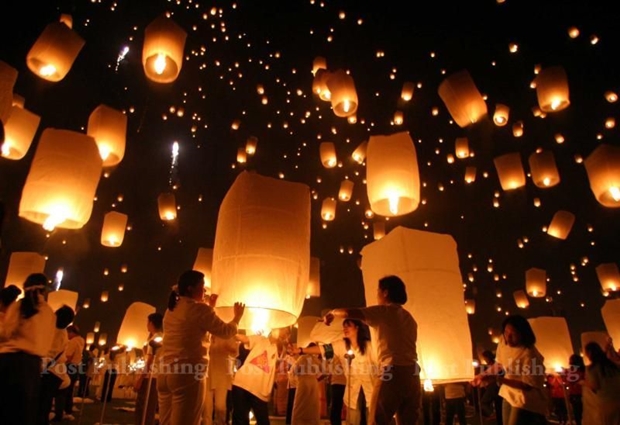 Khon Kaen airport has a different approach to Loy Krathong. They want a moratorium on hot-air lanterns and other flying objects during the event. Here are the details from Jakkrapan Nathanri.

Khon Kaen airport is urging local administrative organisations and other agencies not to release hot-air lanterns during the upcoming Loy Krathong festival to avoid affecting flights.

The Khon Kaen airport is asking local bodies not to release  talai or burning pinwheels and balloon-like lantern from 6pm to 10 pm during the Loy Krathong festival on Nov 5-7. 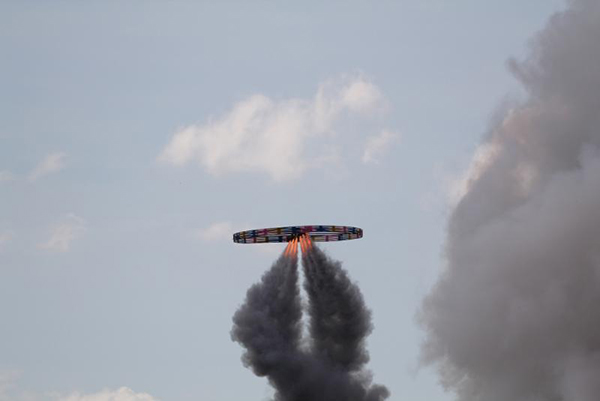 The Khon Kaen airport is asking local bodies not to release talai or burning pinwheels and balloon-like lanterns from 6pm to 10 pm during the Loy Krathong festival on Nov 5-7.

So far, no airlines have cancelled their flights during the period,  said the airport chief. 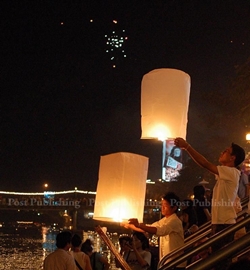 More than 100 flights at the Chiang Mai International Airport have been cancelled and 50 flights have been rescheduled during next week's Loy Krathong festival.

The move was taken as a safety measure to ensure planes avoid the lanterns released to celebrate the event, according to the airport.

Almost 20,000 passengers are affected by the flight cancellations and the airport will lose about 2 million baht in revenue, said airport director Group Captain Wisuth Chantana

Gp Capt Wisuth said a total of 112 flights — 96 domestic and 16 international flights — in and out of Chiang Mai airport have been cancelled from Nov 5-7.

Also, 30 domestic and 20 international flights have changed their departure and arrival times to after sunset during the three-day period to avoid the lanterns, which pose a risk to flights.

Gp Capt Wisuth said the airport has informed the airlines about the release of the lanterns and the dangers they pose to aircraft and asked them to change their flight timetables accordingly.

The airport director said he had asked communities close to the airport to inform the authorities when they plan to release their lanterns.

The information will then be passed to the airlines.

He said the airport will also step up its clean-up operation to remove the lanterns which fall from the sky as quickly as possible.

Clean-ups will be conducted 10 times a day during the festival.

During the festival last year, a total of 1,419 lanterns fell into the Chiang Mai International Airport area, according to Gp Capt Wisuth.

The lantern issue was also discussed at the cabinet meeting on Tuesday.

Deputy government spokesman Sansern Kaewkamnerd said the cabinet agreed to the safety measures which stipulate that lanterns can only be released after 9pm between Nov 5-7.

Chief adviser to the Bangkok governor Wanlop Suwandee issued details of the ban yesterday following a meeting with city officials.