Dangers of the common drug Paracetemol

People take the drug for everything from headaches, fevers, cramps, allergies & even hangovers, but few understand the safety rules for making sure paracetemol doesn't really hurt you. 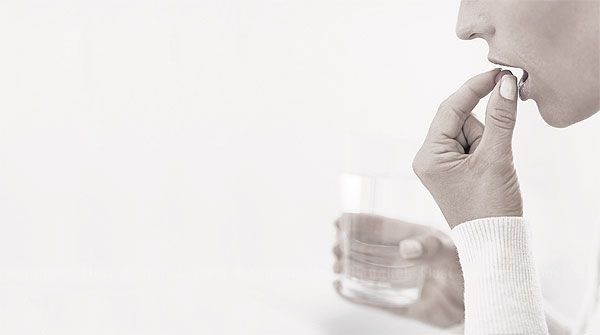 The Dangers of Paracetemol

Tylenol, Sara and Panadol are some of the brands it is sold under in Thailand and in the United States, Canada (and in Japan it is called acetaminophen).

Paracetemol is sold as a cure for everything from headaches, fevers, cramps and even hangovers with the standard instructions: two tablets every four hours.

Paracetamol is found in such combination drugs as Tiffy and Decolgen used as a cure for several complaints including pain, fever, as well as allergies.

Due to the over-consumption and misuse of paracetamol among Thais, the Food and Drug Administration (FDA) has recently raised concerns over its use. There have been several reported cases of paracetamol toxicity — a consequence of unintentional drug overdose where ignorance about dosage is mainly to blame.

Some of the major reasons behind paracetamol overdose are patients receiving a dosage of paracetemol from several different drugs and also a wrong dosage that doesn't match the person's body weight.

Most of us understand that two tablets of 500mg paracetamol is to be taken every four hours when we get a fever or experience pain. But such a dosage is not necessarily correct. Paracetamol dosage should be adjusted on a case-by-case basis, based on a person's weight.

People should also be encouraged to take the 325mg version of paracetamol instead of 500mg.

Finally, when you take paracetamol, ask yourself if it is really necessary. If not, then don't take it.

To work out the correct dosage of paracetamol, simply multiply the body weight by 10, and the result is the amount in milligrammes of paracetamol a person should take each time. For example, if your body weight is 50kg, the right dose of paracetamol is 500mg. This means you are only required to take one tablet of 500mg paracetamol for each dose. If you, however, weigh 65kg, you may take two tablets of the 325mg version per dose which is equivalent to 650mg of paracetamol.

The maximum amount of paracetamol intake in a 24-hour period should not exceed 4,000mg, equivalent to eight tablets of 500mg each. And the drug should be taken every six hours — instead of four — to prevent overdose.

Apart from body weight, whether a person drinks alcohol or not should also be taken into account when it comes to working out the right paracetamol dosage.

In a healthy person, paracetamol is eliminated from the body in the liver and finally passed out of the body through the urine. A substance called glucoronide is required as part of the excretion of toxins and drugs. So in the case of people who drink a lot of alcohol, the body already uses glucoronide to rid alcohol and subsequently the body’s ability to remove paracetamol might not be as good as the non-drinkers.

Even the right dosage of paracetamol based on body weight can become toxic for drinkers because the process of getting rid of paracetamol from the body cannot function in full.

Excessive use of paracetamol is likely to cause liver injury. People with paracetamol toxicity may develop no symptoms at all in the first 24 hours following overdose. Others may initially have non-specific symptoms such as abdominal pain, nausea or breathing difficulty. In some serious cases, nonetheless, when paracetamol overload leads to liver inflammation followed by liver failure, patients may develop jaundice.

In relatively healthy people, the excess amount of drug will be passed out (excreted) through the urine. But if this process fails, doctors might consider administering medication to help the body flush out paracetamol.