It is still not clear whether North Korea's internet crash was in retaliation for the hacking of Sony Pictures, but the movie company has just announced it is releasing it's controversial 'The interview' for screening in the US tomorrow. 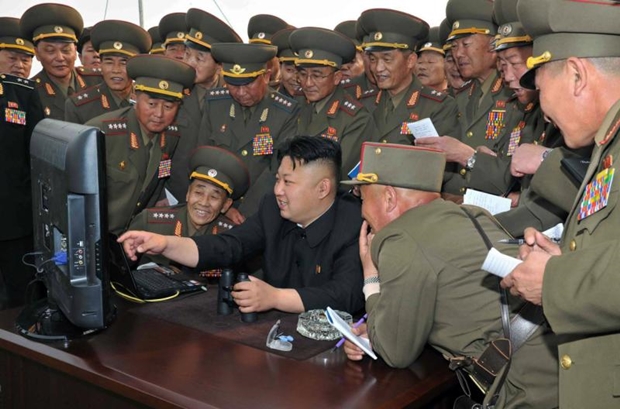 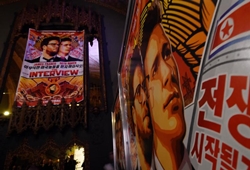 Back in business. The Interview," a parody film which has angered North Korea and likely triggered a hacking attack on the company that made it will be screened after all, although on a limited basis. AFP

Sony Pictures said Tuesday it will screen madcap comedy "The Interview" in some US theaters on Christmas Day, a dramatic U-turn after its widely criticised decision to cancel the film following a cyber-assault blamed on North Korea.

Just six days after cancelling the film's opening, in a move decried as a defeat for freedom of speech, Sony chief executive Michael Lynton confirmed that the movie would now be shown in theaters on Thursday.

Who pulled the plug on North Korea's Internet?

WASHINGTON, AFP – North Korea's Internet was on the fritz for a second day Tuesday. But the US is staying silent on whether it launched a cyber attack as payback for the hacking of Sony Pictures.

And in the murky world of cyber security, experts say there are several plausible scenarios for why North Korea suddenly went dark, stressing it's impossible to know exactly what happened.

While some have been quick to make the link between Pyongyang's connectivity woes and a pledge by US President Barack Obama to retaliate for last month's Sony hack, many analysts aren't convinced.

"It's unlikely, if only because we can't make decisions that fast," said cyber expert James Lewis, a senior fellow with the Center for Strategic and International Studies (CSIS).

Washington has asked for help from Pyongyang's ally Beijing to rein in the North's cyber activities, so "monkeying" around with Internet services linked to China would not make much sense, he told AFP.

It was also a pretty unsophisticated attack, if it was an attack, said Doug Madory, director of Internet Analysis with Dyn Research, the US monitoring company which broke the story of Pyongyang's Internet problems.

"We don't have direct evidence of some kind of cyber attack, but it would be consistent with that," he told AFP. Given the low-level of sophistication "the cast of characters that could have pulled this off is immense."

"If a nation state such as the US wanted to take North Korea off, I'm not sure it would have taken them 12 hours."

North Korea only has connections to four Internet networks and they all run through China, operated by a single provider, China Unicom.

Simply pulling the plug on its Internet would send a strong signal of its displeasure, while at the same time shoring up ties with the United States which has indicted five Chinese military officers for hacking into US companies to steal trade secrets.

On the other hand, simply pulling a plug would not have caused the "hours and hours" of instability in the networks, which first alerted Dyn Research to the problem.

CSIS analyst Lewis believes the top scenario is the North Koreans either "inadvertently doing this, or more likely combing through their networks" to figure out how the US traced them to the Sony attack.

"The pattern of up-and-down connectivity, followed by a total outage, is consistent with a fragile network under external attack," said Cowie.

"But it's also consistent with more common causes, such as power problems," he argued, pointing to such things as breaks in fiberoptic cables.