Khao Yai monkeys are becoming more aggressive as they increasingly move out of the forest looking for a new favourite food: the food we humans eat. 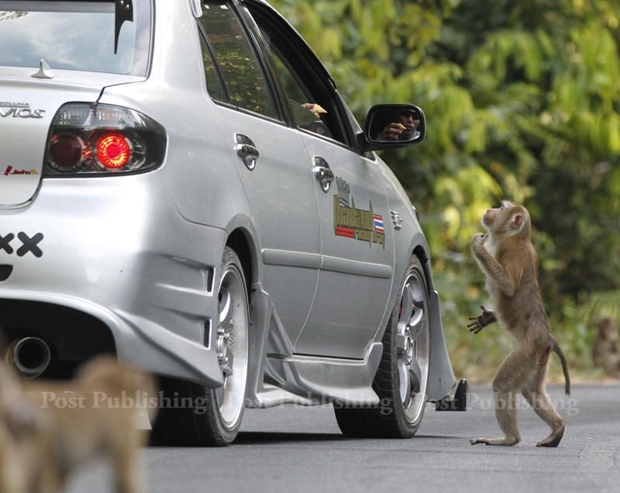 A driver feeds a wild monkey from his car in Khao Yai National Park. Ecologists say human contact raises the risk of the animals being killed on park roads. (Photos by Pattarapong Chatpattarasill)

Khao Yai park turns into a planet of the primates

They’re sneaky, they’re cheeky and they’re developing guerrilla tactics in an effort to take your food.

The monkeys in Khao Yai National Park are refining their food-thieving skills and becoming more aggressive, a senior park official has warned.

The monkeys have swapped fruits and vegetables for human food, and they have a particular taste for steamed rice, thanks to tourists who enjoy interacting with them. 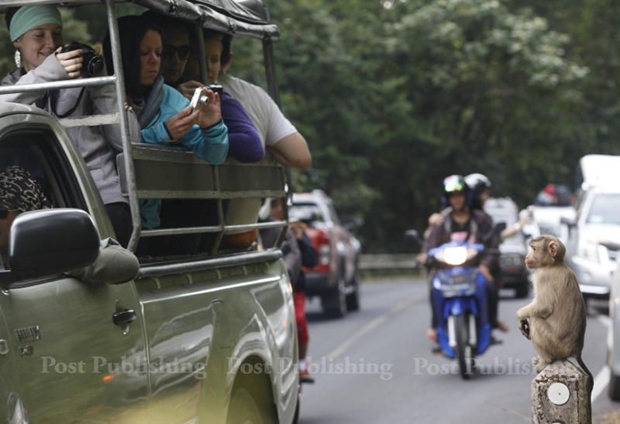 An increasing number of monkeys are moving out of the forest to beg for food.

To get more human food, the pesky primates are going to greater lengths to raid tourists’ vehicles.

Mr Amnouy said they are also targeting children that are carrying food, threatening them by showing their teeth and hissing. They have learned that children tend to drop the food, he said.

In some cases, monkeys have broken into houses in the area. One monkey stole a rice cooker filled with steamed rice in front of a tourist, he said.

"I’m afraid they will develop into guerrilla monkeys in a few years," Mr Amnouy said. 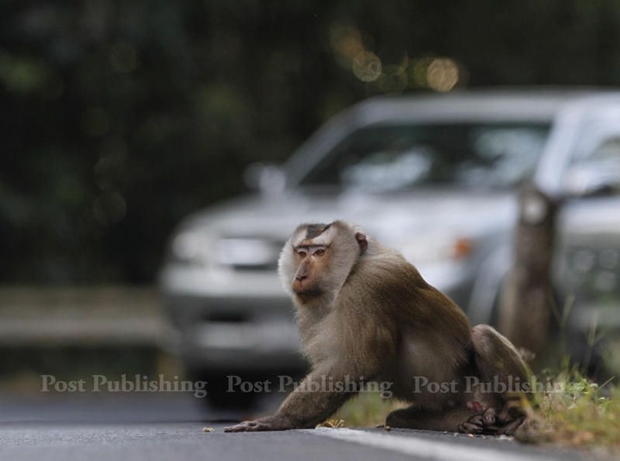 Hungry monkeys often target children that are carrying food, threatening them by showing their teeth and hissing.

Mr Amnouy said an increasing number of monkeys are moving out of the forest to beg for food. This is not only leading to more monkey deaths from road accidents, but is affecting the park’s ecological system.

The monkeys in Khao Yai usually stay in groups to collect fruits from trees. While doing this, fruit falls to the forest floor to become food for other animals, such as deer, he said.

With fewer monkeys performing this role, other animals are suffering food shortages.

Mr Amnouy also worries about plastic food packages the monkeys leave behind as they could be dangerous for larger animals.

Many tourists give food to animals despite the possibility of a 500 baht fine. However, the authorities have no set plan to raise awareness of the law or of the consequences of feeding wildlife.