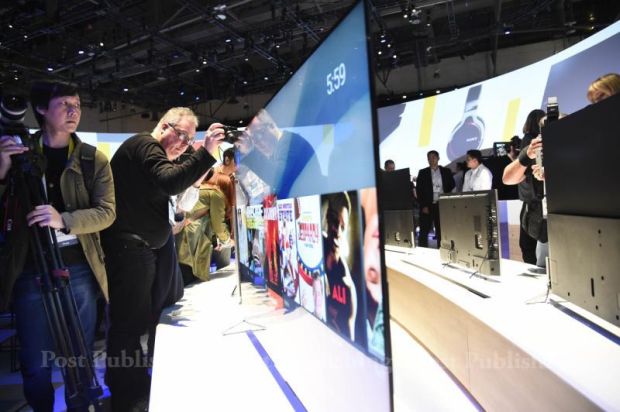 TV makers out to ignite market with super high-def

As new TVs were unveiled at this week's Consumer Electronics Show (CES) in Las Vegas, it was clear that so-called 4K "ultra high definition" televisions are gaining traction with consumers amid lower prices.

[The resolution of the YouTube video above is 2160p: "an alternative name for 4K UHD, a resolution supported by UHDTV products and which offers four times the definition of 1080p. The number 2160 stands for a display resolution which has 2160 pixels along the shortest side, while the letter p stands for progressive scan or non-interlaced. In a progressive image, the lines of resolution of the image go from the top of the screen to the bottom. The only planned higher definition format for television is 8K UHD" (Source: Wikipedia on 2160p)]

...The global market for big-screen televisions is rebounding as consumers replace their flat-screen devices that hit the market a decade ago...

Seven new LG 4K models .... included flexible, curved and flat screens ranging in size from 55 inches diagonally to 77 inches. LG promised to have a prototype of a television with nearly 8K resolution on display on Tuesday.

...Japanese consumer electronics giant Sony is adding a dozen new 4K Ultra HD Bravia LCD television models, including a skinny X9000C touted as so thin it appears as though it is "floating" against a wall. Sony boasted it is a mere 4.9 mm (0.19 inches) at its thinnest point.

Japanese electronics giant Sharp on Monday unveiled what it called its "beyond 4K" television set for release later this year... with resolution 167 percent higher than existing 4K models.

Sharp will also offer Google-powered Android TV on some of its models to give viewers apps from that system, and would offer a variety of new televisions in the 4K format with prices as low as $750 (24,000 baht).

An array of TV makers have been building Google's Android, so popular in mobile phones, into TV screens to add Internet brains to image beauty.

Samsung is ramping up its SUHD television product line with smarts powered by its Tizen operating software, claiming a superior solution to problems with reliability, lifespan and color richness.

Chinese maker TCL meanwhile unveiled its top-of-the-line "quantum dot" television -- which uses a film of tiny light-emitting crystals to improve picture quality at a lower cost than that of existing models.

That means viewers are recognized when they sit down in front of the television and get instant recommendations. And the TV can also be a hub for online gaming, even without game consoles...

"TV is going to know who you are, what you like. TV is getting smarter," the company said ....

The market for 4K had been held back in recent years by high prices, but also a lack of content available in the format. But in recent weeks Netflix and Amazon have announced they would deliver more 4K programs. And TCL said it would offer 4K content in partnership with the streaming video group Roku.

But some were not convinced that consumers will be flocking to ultra high-definition televisions.

"It was hype in 2014 and it will mostly be hype in 2015. In a world where people are content to watch movies on mobile phones, trying to push TVs into higher and higher levels of quality is solving a problem viewers don't have," said one analyst... 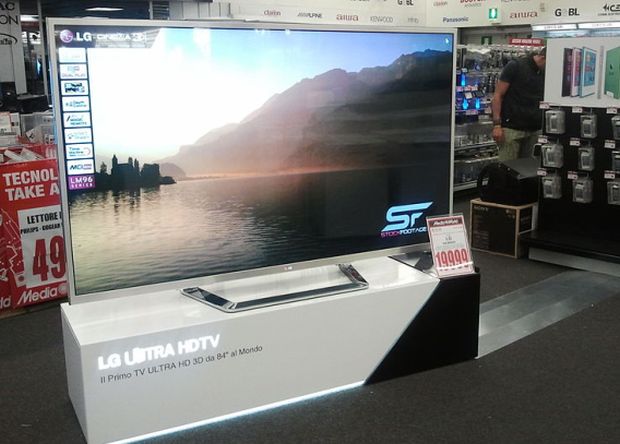 Some people say that the screens of ultra-high resolution TVs are too big to fit comfortably into most rooms (Source: Wikipedia)