Google has announced that will stop selling its mobile internet device known as Google Glass next Monday, a move many analysts believe is the end of the experiment, a contention strongly denied by the company. 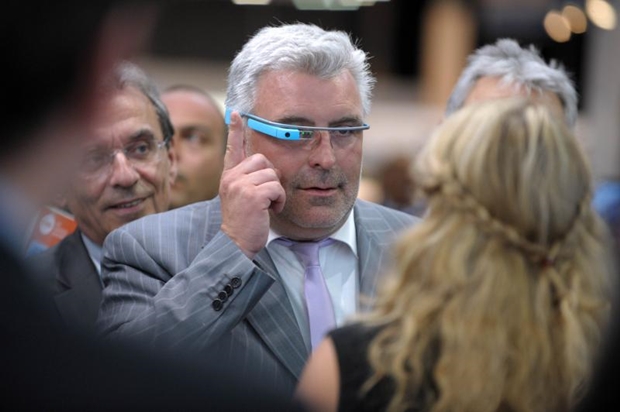 Would you dare wear one of these on the BTS or in a crowded shopping mall? Apparently not enough people have the courage or interest to spend their money to buy Google Glass in its present form. Sales end Monday. AFP PHOTO / ERIC PIERMONT

Google Glass appears to be dead, at least in its present form. The company is not saying that, but a lot of analysts are.

At the beginning, the idea of having a small computer screen in front of your eye anywhere you went,sounded like an exciting idea. You could not only to stay connected to the internet, but you could photograph and video what you saw and send the result instantly around the world.

It turned out, a lot of people quickly became suspicious of any one seen using a the device. They didn't like the idea that they might be secretly photographed and soon restaurants and bars started banning the devices.

The first users, who paid $1500 to try the devices, found out that they were not only nerdy-looking, they weren't as great as they thought they would be. The result, Google is going to stop selling the device even before it before it became a commercial product.

Here is the story from AFP with a verb different explanation from Google.

San Francisco, Jan 15, 2015, AFP – Google said on Thursday it is halting sales of its Internet-linked eyewear Glass but insisted the technology would live on in a future consumer product.

The technology titan is putting brakes on an "explorer" program that let people interested in dabbling with Glass buy eyewear for $1,500 apiece.

"Glass was in its infancy, and you took those very first steps and taught us how to walk," the team said of its "explorer" clients in a post on the Google+ social network.

"This organizational move will help to clarify the go-to-market strategy for both consumer and for enterprise customers."

The last day to buy Glass as part of the Explorer program will be Monday and Google did not indicate when a general consumer version of the eyewear might debut.

Glass – hotly anticipated by some, mocked by others -- became available in the United States in early last year to anyone with $1,500 to spare and a desire to become an "explorer."

The Glass test, or beta, program was later expanded to Britain.