AFP reports that a British backpacker who was found dead on a popular Thai tourist island had consumed a potentially fatal combination of alcohol and Valium, police said

AFP reports that a British backpacker who was found dead on a popular Thai tourist island had consumed a potentially fatal combination of alcohol and Valium, police said
Tuesday citing preliminary autopsy data.

The body of Christina Annesley, 23, was discovered in a bungalow on Koh Tao, southern Thailand, last Wednesday.

"There were no signs of rape," he added, saying the full autopsy results would be released within three days. 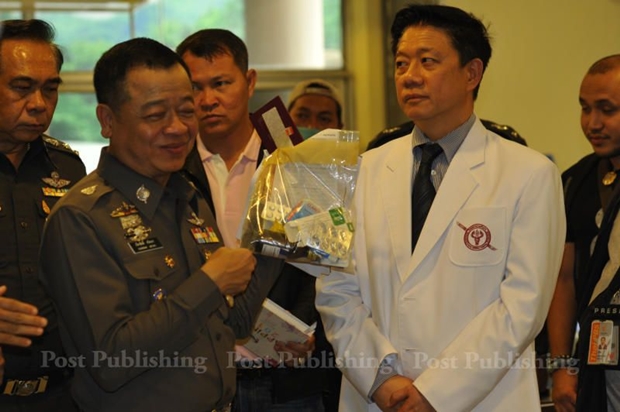 The preliminary unofficial autopsy results for British tourist Christina Annesley, whose body was found dead inside a bungalow room on Koh Tao, showed no signs of physical violence or sexual abuse, chief of the Institute of Forensic Medicine said on Sunday.

Pol Maj Gen Dr Pornchai Sutheerakhun was speaking after a three-hour autopsy of Annesley at the institute at Police General Hospital in Bangkok to determine the cause of her death.

The autopsy team could not officially conclude the cause of death yet as they had to wait for the result of toxicology tests, which will not be known until Monday evening at the earliest, he said.

The 23-year-old backpacker was found dead inside a bungalow room at the InTouch Resort on Koh Tao on Wednesday night.

Her death occurred just four months after two young Britons were found murdered on a nearby beach. In some of the many tweets she posted while on Koh Tao, Annesley had complained of a chest infection. She also said she was taking Tramadol, a powerful painkiller, while drinking. 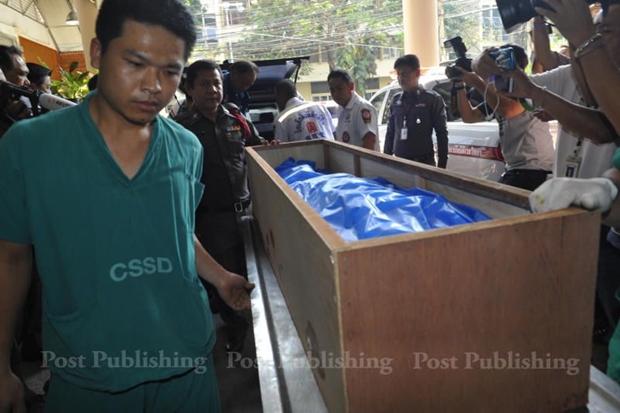 The body of British tourist Christina Annesley arrives at the Institute of Forensic Science at Police General Hospital in Bangkok. WICHIAN CHAROENKIARTPAKUN

The body of British tourist Christina Annesley has been moved from Koh Tao, where she was found dead, to Bangkok for an autopsy that could begin on Sunday.

The body was put on a night ferry from the island on Friday night and arrived at Surat Thani on Saturday morning. From there it was taken by a pickup truck of the Kusolsattha Surat Thani Foundation, a rescue group, to the Institute of Forensic Science at Police General Hospital in Bangkok.

The 23-year-old backpacker was found dead inside a bungalow room at the InTouch Resort on Koh Tao on Wednesday night. 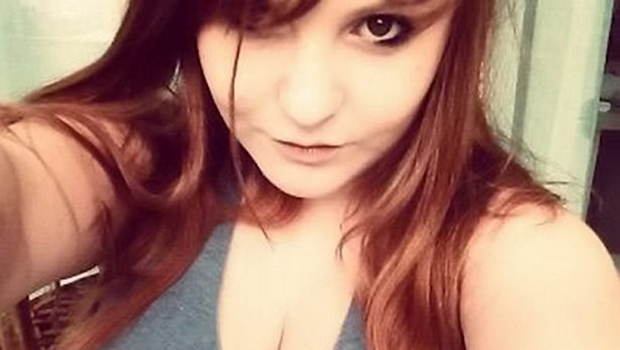 A "selfie" taken by Christina Annesley and posted publicly to her Facebook page during her Thailand trip.

Once again, the British media is giving heavy coverage to the death, but this time there are no accusations of murder. Although the cause of death is not yet known, the young woman appears to have died from natural causes.

Here is the story from AFP:

Bangkok, January 23, AFP – A British backpacker has been discovered dead on the popular Thai tourist island of Koh Tao, police said Friday, four months after a British couple were found murdered there.

Police said the body of Christina Annesley, 23, was discovered inside a bungalow room at a resort on the eastern side of the island on Wednesday.

There were no immediate signs of criminal activity but her body will be sent to the mainland for an autopsy.

"There was no trace of a fight and her body has no wounds," local police officer Lieutenant Colonel Napa Senathit told AFP by telephone, adding that investigators discovered three kinds of medicine in her room, but no recreational drugs.

The autopsy is not likely to be carried out before Sunday as officials have to wait for a ferry to the mainland.

"There is no ferry today so we will send her body on Saturday night to arrive on the mainland Sunday morning," Lieutenant Colonel Napa said. (Update: The body was able to be moved Friday night and has now arrived in Bangkok)

Many of Annesley's final tweets – under the handle @chrstinadarling – spoke of the beauty of Koh Tao's white sand beaches and azure waters which are popular with backpackers and divers.

"In awe of how beautiful this place is," she wrote on January 19, posting a picture of one of the island's many beaches.

She also made reference to taking both Tramadol, a painkiller, and Valium, an anti-anxiety medication, in the days leading up to her death.

British daily The Telegraph said Christina's mother Margaret had posted on her daughter's Facebook page saying she had died of "natural causes". The Facebook page appeared to be inaccessible Friday.

"We have lost our beautiful daughter Chrissie in Thailand of natural causes," the paper reported her writing.

"We are totally devastated. We love you so much darling, rest in peace. We will bring you home soon xxxxxxxxxx Mum and Dad."

Annesley was a vocal libertarian campaigner for the UK Independence Party and was public with most of her life on social media, particularly Twitter where she documented most of her time in Thailand since arriving Jan 7. Her arrival here was the start of a four-month "gap-year" journey through Southeast Asia and Australia.

During nearly all her time in Thailand Annesley was battling a chest infection, which left her feeling down on many days of the trip she was taking alone.

On Twitter, Annesley posted several times she was taking Tramadol, a powerful painkiller, while drinking. In several tweets during the past two weeks she also joked about the use of Valium, a tranquiliser, while battling the blues.