After twin disasters of missing planes this year, Malaysia Air's website has now been hacked with: "404 - Plane Not Found" & "Hacked by Cyber Caliphate" messages. 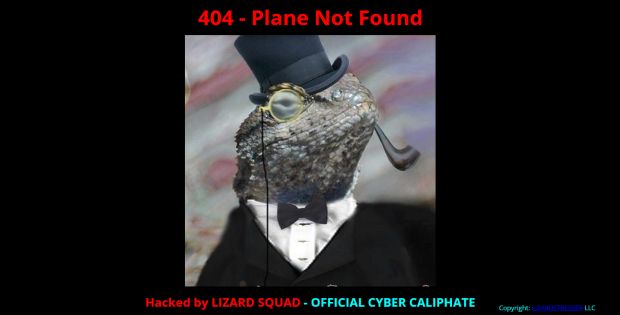 The hacked Malaysia Airlines' website as it appeared today to people trying to access it. (Source: Screenshot) 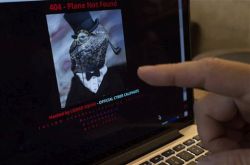 HONG KONG — Malaysia Airlines officials were struggling Monday to restore the embattled airline's website after it was hacked by a group proclaiming support for the Islamic State group.

The airline's site was changed, at first with a message saying "404 - Plane Not Found" and that it was "Hacked by Cyber Caliphate." The browser tab for the website said "ISIS will prevail." [See website here ]

Malaysian Airlines is trying to recover from twin disasters last year, including the disappearance of Flight 370, which authorities believed crashed 1,800 kilometres (1,100 miles) off Australia's west coast.

The website was later changed to a picture of a lizard, with the ISIS reference removed and the claim of responsibility changed to "Lizard Squad - Official Cyber Caliphate."

In August, it also tweeted to American Airlines that there might be explosives on a plane carrying the president of Sony Online Entertainment, which makes video games, forcing the flight to be diverted.

Malaysia Airlines said in a statement that its domain name system was "compromised" and users were being redirected to the hacker group's website. It said it will take up to 22 hours to restore the website.

Schools to open on June 14