The cases involved in the biggest police scandal in many years have reached the Criminal Court and we are finally finding out exactly what they involve. The first verdict was handed down yesterday. 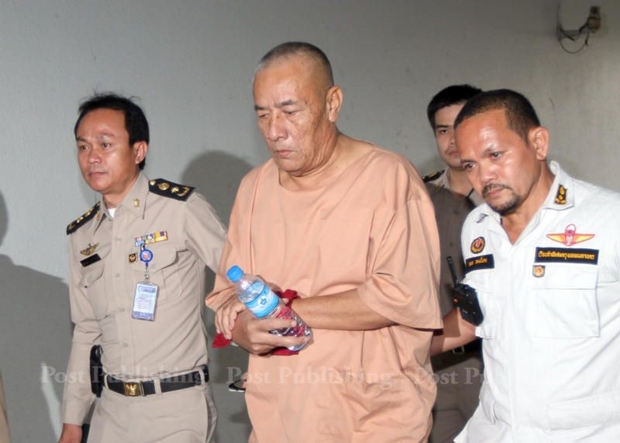 Ex-Central Investigation Bureau chief Pongpat Chayapan is escorted to the Criminal Court where he received a 12-year sentence for lese majeste and involvement in casino operations. The jail term was reduced by half due to his confession. Photos by Apichart Jinakul.

The jail terms were handed down a day after prosecutors filed with the court a lese majeste charge and charges related to gambling activities against them.

Charges related to two other cases were also filed with the court on Thursday.

Pol Lt Gen Pongpat and Pol Maj Gen Kowit Wongrungroj were taken to the court yesterday for a plea hearing. Both pleaded guilty to the charges. 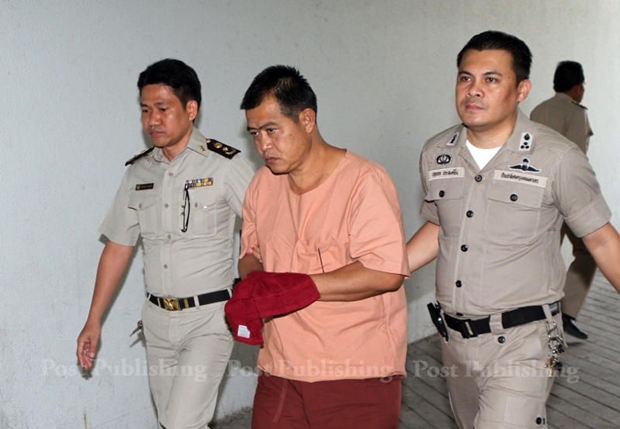 They were indicted for their involvement in gambling businesses, abuse of authority and lese majeste.

According to the indictment, Pol Lt Gen Pongpat, 58, and Pol Maj Gen Kowit, 59, helped organise and stage gambling activities at an illegal casino in Bangkok's Wang Thong Lang district between Jan 11 and July 30, 2011.

During this time, both men wore a Royal Crest pin and a badge with a picture of HRH Prince Dhipankara Rasmijoti on their police uniforms with the intention of misleading people that they were trusted by His Majesty the King and that the casino had links to the palace.

The Criminal Court originally sentenced them to 12 years in prison, but reduced the jail term by half due to their confessions.

The casino case was one of three cases prosecutors filed with the Criminal Court on Thursday.

The two other cases involve demanding and accepting bribes from oil smugglers totalling 147 million baht and soliciting bribes from police officers in exchange for promotions and transfers.

Four other policemen were also indicted in these cases.