Low unemployment (below 1% since 2011) due to low birth rate, lack of social insurance & informal sector with 64% of workforce (street vendors, motorbike taxis, self-employed). 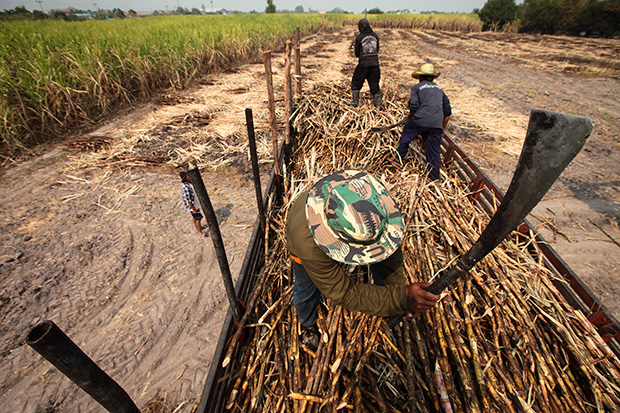 This is not a recent phenomenon: Thailand's jobless rate has held below 1% for the most part since 2011. The record high was 5.73% in January 2001, when the National Statistical Office (NSO) first began releasing the data every month. How did it get so low?

"Our unemployment rate has been low not because of a different definition from other countries, but because of structural problems,'' said Bank of Thailand (BoT) spokesman Chirathep Senivongs Na Ayudhaya. "The agricultural sector absorbs laborers and those who can't find work can always look for jobs in the informal sector or do something on their own.'' 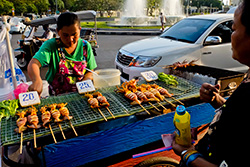 The informal sector of the Thai economy, comprising anyone who's not covered by formal work arrangements, accounted for more than 64% of the total workforce in 2013. It includes street vendors and taxi-motorbike drivers, the self-employed and those operating in "grey areas" of the economy [e.g. prostitution]. They are largely counted as employed.

More than 40% of Thailand's population is engaged in agriculture, where there is a high degree of underemployment and off-season unemployment [when crop harvesting or planting season is finished]. The underemployed are counted among the employed and make up about 0.5% of that total. If, for instance, you lose your job as a bank teller and return home and lend a hand at your dad's farm for at least one hour a week, you are considered as employed.

The unemployment numbers also ignore foreign workers. While there may be up to 3 million migrant workers in Thailand from Cambodia, Laos and Myanmar, according to Human Rights Watch (HRW), they are mostly undocumented. The government is taking steps to register foreign workers, but the language barrier is a challenge to increasing their numbers in more skilled sectors, unlike Singapore, which has addressed its labour force crunch partly with more open borders.

With no major labour-market policy changes planned and with the inflation rate falling in January for the first time since 2009 — and forecast to breach the lower end of the central bank's target range of 1% to 4% this year — there are no signs yet that the government or the monetary authority [overseeing monetary policy] is unduly worried about the jobless rate. So that rate is going to stay very low. 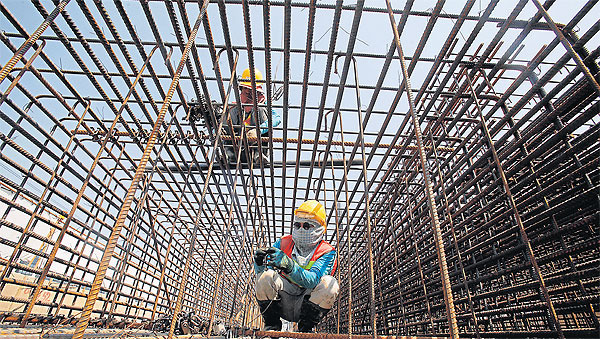 Workers bind steel at a construction site of the Red Line connecting Bang Sue in Bangkok to Rangsit in Pathum Thani. Thailand's official jobless rate of 0.56% is among the world's lowest.  PATTARAPONG CHATPATTARASILL