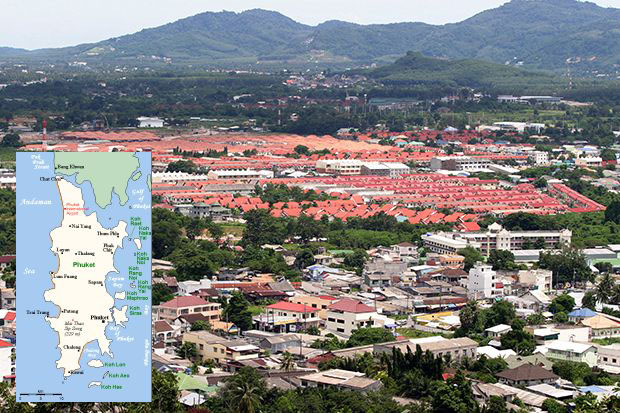 A panoramic view of Phuket city, its bungalows, resorts and residential properties from the top of Phao Rang mountain. (Bangkok Post photo)

In a shock decision by the Phuket Civil Court, backed by the Region 8 Appellate Court, it has been ruled that the so-called "secured leases" offered by some real estate developers to allow foreigners to secure a cast-iron 90-year lease are not valid. The case is now to go to the Supreme Court. The courts’ decision may even mean that the original underlying 30-year lease, even if registered with the Land Office, may be void — meaning it never existed, leaving the foreign buyer of real estate in Thailand with essentially nothing. 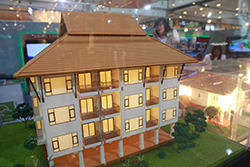 As a general rule, foreigners cannot own land and apartment units in Thailand but it is possible for foreigners to lease them and that is the reason why real estate is commonly marketed to foreign buyers as a lease. Under Thai law, the maximum lease term is 30 years, which may be renewed upon expiration of that term.

The leases marketed to foreigners typically provide for an initial 30-year term plus two additional successive 30-year renewal terms. However, the renewal of a lease in Thailand is by no means assured even if it is provided for in the original lease agreement.  In order to overcome this issue, the idea of a "secured" lease was devised and marketed to foreigners. This is meant to ensure that the lease is renewed, twice, as originally agreed. The way this "security" is supposedly provided is by the buyer not only entering into a lease agreement with the Thai company that owns the developer’s land/apartment, but also entering into a share-sale-and-purchase agreement for shares that control the Thai company that owns the developer’s land/apartment. Now, however, two Thai courts have concluded that the secured lease is "void" as a matter of law.

The US car company General Motors said on Friday that it would phase out production of its Chevrolet Sonic cars in Thailand by midyear and lay off workers at its Rayong factory. The announcement came a day after the US-based automaker said that it would stop making GM-branded cars in Indonesia. While GM will still sell cars such as the Chevrolet Cruze sedan in parts of Southeast Asia, the company is shifting its focus to push its sport-utility vehicles (SUVs) and pick ups such as the Trailblazer and Colorado. The company also said it would withdraw its participation in Thailand's eco-car Phase 2 programme.

The company restructuring marks a retrenchment in Asia by General Motors. While business grows in China, the world's biggest car market, GM has struggled outside of China. The factory in Rayong will be scaled down from its current annual capacity of 180,000 vehicles. The company said it would initiate a "voluntary separation programme" for staff, 3,200 people in Thailand.

In Thailand, GM sold close to 26,000 vehicles last year, giving it a 3% market share, but the combined market share of major Japanese rivals was more than 60%. GM said it would phase out sales of the Spin and the Sonic in Thailand by June. After 80 years in Indonesia, GM's market share is below 1%. It sold fewer than 11,000 vehicles there last year, while Toyota sold more than 578,000. Toyota and other Japanese makers together control more than 90% of the Indonesian market. The overhaul in Indonesia and Thailand follows GM's 2013 retreat from car production in Australia, and industry analysts now expect GM to restructure its manufacturing operations in South Korea, a big production hub for the US firm.

Two new cruise liner ports are to be built in southern Thailand, one in Krabi and the other in Surat Thani, with an international yacht show also planned for the beginning of the high season for tourism in November this year. Currently, Phuket, Laem Chabang and Bangkok all have cruise liner ports.

The number of tourists arriving in Thailand aboard cruise liners was capped at about 100,000 annually because of limited capacities of existing cruise liner ports, and some cruise liners had to dock at cargo ports.