From children born without arms or legs to people confined to prisons or hospitals, the princess's IT initiatives help people get an education, a job & a happy productive life. 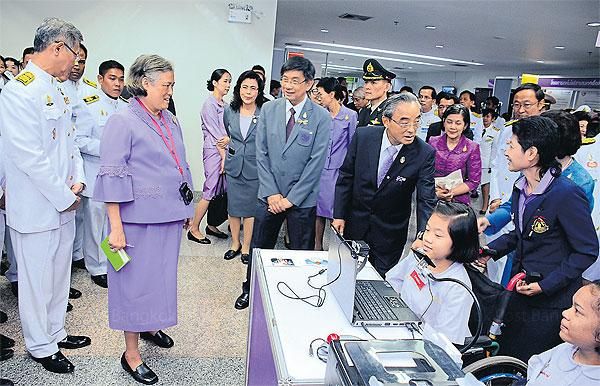 Rehabilitating lives through IT

The IT initiative of HRH Princess Maha Chakri Sirindhorn covers four major areas for the disadvantaged: IT for students in rural schools, IT for children with chronic illnesses, IT for prisoners and IT for people with disabilities. At present, more than 300 schools — including border patrol police schools — juvenile detention centres and 26 hospitals nationwide have been assisted.

IT for the disabled

The two children Toyeebah Suemae and Abdulloh Barahamae were born without legs or arms. When they were young, their lives seemed hopeless. But with support provided under the patronage of HRH Princess Maha Chakri Sirindhorn, they can now see a bright future ahead.

As a result of regular physical rehabilitation sessions since the age of five, Toyeebah can now do things by herself without the assistance of others. The 23-year-old native of Narathiwat can carry out some normal daily activities and move around by herself. She has also received a good education. She will soon finish her bachelors degree in media science at Prince of Songkla University's Pattani campus. She is also currently working as a DJ at a local radio station. 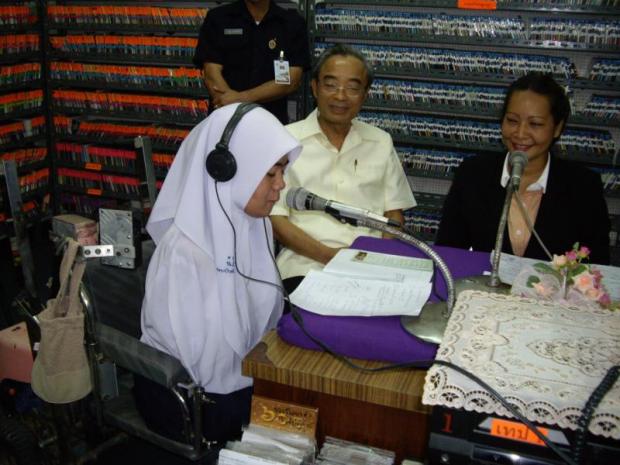 Born without limbs, Toyeebah Suemae has been under HRH's patronage since the age of five.

Like Toyeebah, Abdulloh has been provided with assistive technology from a young age. The 20-year-old is studying at a school in Yala province. He is now independent in terms of daily living.

"The Princess believed that with lessons learned from Toyeebah, we could help Abdulloh in a more appropriate and quicker way," said Pairash Thajchayapong, assistant director of the Committee of Information Technology Projects under the initiative of HRH Princess Maha Chakri Sirindhorn. Besides Toyeebah and Abdulloh, there is also the case of 10-year-old Supranee Dennehy, who was born with congenital limb deficiencies. With assistance and the rehabilitation technology provided to her since the age of one, Supranee can go to school and has been adopted by an American family, now living in the US. 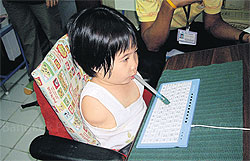 Supranee Dennehy was born with no limbs, and has been under HRH's patronage since the age of one.

The Princess established the IT project in 1995, with the objective of enhancing the quality of life, improving the education and increasing employment opportunities for the disadvantaged, to empower them to benefit from an increased use of IT so they can participate fully in the economic and social development of the country. At the very least, the Princess hopes they can use technology to earn a living once they complete compulsory education.

A student who has benefited from the use of IT ... on a regular basis is Kamolluck Deeyai. She has studied at Srisangwan School since Grade 1. Growing up, she learned to use assistive technology to access computers. Now, she uses on-screen keyboard programmes to communicate with others. In the future she plans to study in a science programme in high school.

The Princess's initiative has constantly provided support for students with visual impairments who are interested in studying science. To meet the needs of these children, she suggested the project committee collaborate with stakeholders in science education management.

"We organised a science camp by working with the National Science Museum for four years in order to select students who were interested in studying science," he said. So far there are seven students on the project. In total, 12 students have been selected to receive a scholarship to study at high school and university.

Apart from IT in education, the Princess also saw the potential of assistive technology in helping soldiers and police injured in the line of duty.

Police Major General Noppadol Puerksomon, from Tak Bai district, Narathiwat province, was seriously injured by a landmine on the road. One of his legs needed to be amputated, and the other was broken. One of his hands was also damaged by the explosion. A team from Songklanagarind Hospital and Sirindhorn National Medical Rehabilitation Center created prosthetic limbs for him. Now he is back on duty in Songkhla province.

Police Major Colonel Wanna Boonchai is now a policeman in Songkhla province. While working in Yala province, he was shot in the neck, leading to paralysis. With support from the Princess's project, he received physical rehabilitation at Trang Hospital. Now he uses a sport video game to improve his physical and cognitive health.

IT for people in prisons

Thanawat Soparak had never used a computer until her time in prison.

"I just found out myself that I could work a computer and I loved it, so I did not stop at basic software. I studied more advanced programmes, such as Adobe Photoshop and Illustrator," she said.

Thanawat behaved well in prison, improving her knowledge of IT. Today she works in IT for a private company.

"I got a job because of the opportunity offered by the Princess," she said.

IT for children with chronic illnesses

Duangkamol Ngaokham, 21, completed her high school studies in a hospital through a non-formal education programme. When she was 13-years-old, Duangkamol found herself unable to attend classes due to life with the inherited blood disease thalassaemia, which required her to be hospitalised most of the time.

The Princess's IT initiative for children suffering with chronic diseases gave her the chance to study at the hospital. Now she is at university, working as a pharmacy assistant part-time.

Piyanat Noipong, one of the project's instructors, noted that young patients who have used the assistive technology have seen improvements in their level of education and mental health. Some of them are now ready to go back to school. 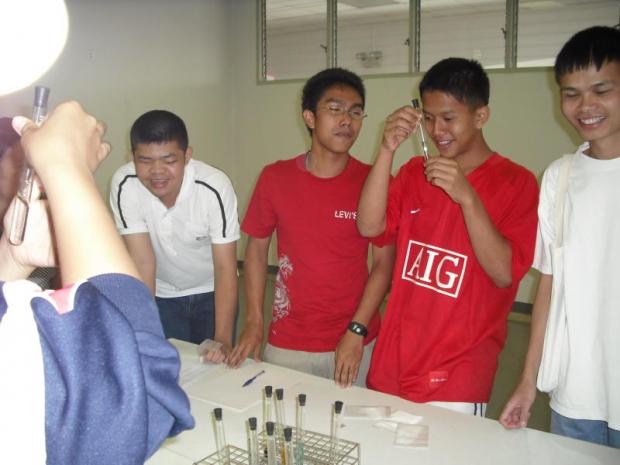