The kite-flying season in Bangkok

The winds have come and Sanan Luang is the place to be, so tell the kids to put away their computers, tablets and mobile phones and let them have some real fun. 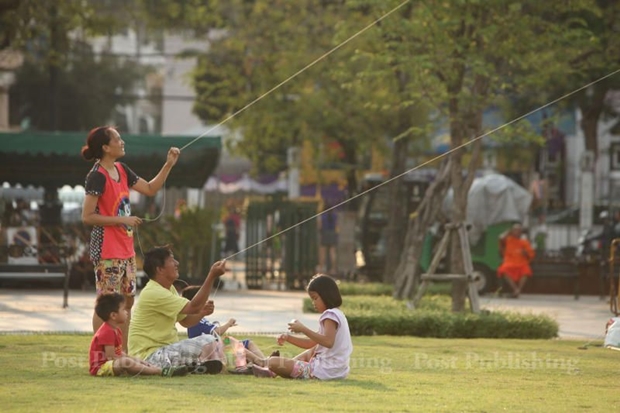 A happy family at Sanam Luang. Photos by Pornprom Satrabhaya

Come fly with us

Shoshi Bromley-Dulfano was taking a stroll one breezy evening at Sanam Luang when she came across a string of purple kites. To her, they looked like jellyfish suspended in the sky.

"I have never seen anything like this before," said Bromley-Dulfano, from the US state of Utah. "Where I come from, people don't just come out to fly kites on a normal day like this." 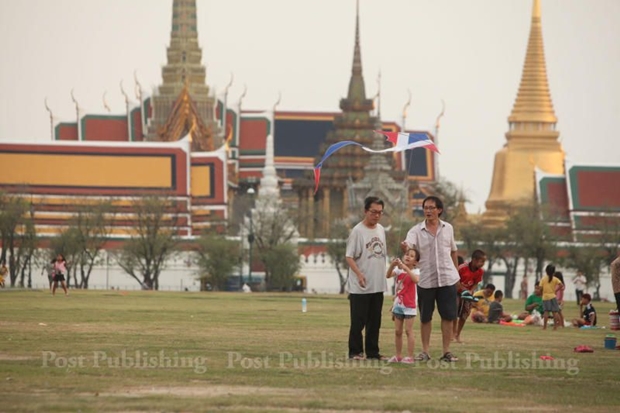 A spectacular backdrop for one of Thailand's traditional pastimes.

Such a scene — a sunset dotted with kites, backdropped by the grandeur of the Grand Palace — offers an exotic snapshot for tourists. At this time of year, with the scorching heat of April, comes the wind, ushering in high season for kite-flying.

In Thailand, kite season begins in winter but doesn't peak until summer, and lasts until the rainy season sets in, around July. During this time of year, a seasonal wind known as tapao goes from the south to the north of Thailand, making it perfect for flying kites. Though kite-flying may seem rather old-fashioned, it remains fairly popular among families and those searching for a simple and inexpensive outdoor activity. 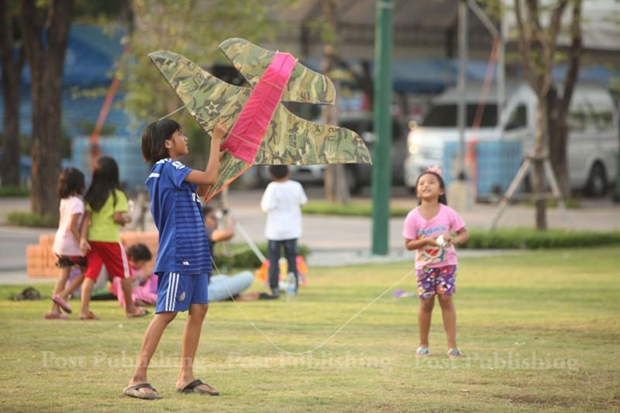 It takes a bit of help from little sister to get this one in the air.

In addition to being a popular place for kite-flying, the 78 rai of Sanam Luang, which sit in front of the most famous temple in the country, is also popular with those who come to jog or picnic. Following an extensive renovation in 2011, Sanam Luang has never looked better, and now draws more daily and weekend visitors than ever before. There also appear to be fewer homeless people in the area.

"Sanam Luang is a legendary place for kite-flying," said Prinya Sukchid, a kite expert who has been coming out to Sanam Luang since he was eight years old.

"Many kings also have left their footsteps here watching kites."

The history of kite-flying in Thailand may date back to as far as the Sukhothai era, in the 13th century, when kites were flown to bring good luck and summon the wind. Flying kites as a recreational activity, however, dates back to the reign of King Rama IV, in the mid-19th century. At this time, commoners were allowed to fly kites in the field once preserved for royal ceremonies, such as cremation of members of the royal family. 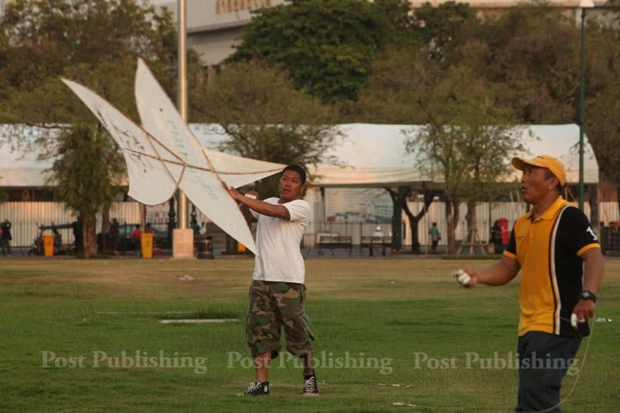 The star-shaped Chula is for men.

People have been flying kites for fun at Sanam Luang ever since it opened to the public. Many of the more skilled kite-flyers also participate in aerial battles between the two most recognisable of Thai kites, the star-shaped chula kite, flown by males, and the snake-like pakpao kite, typically flown by females.

"People still come here because there are no better or more suitable places in Bangkok that can offer this much open space," Prinya said. "The kite scene in Sanam Luang this year also feels more active than the past few years, because the area is no longer affected by political protests."

Despite this, the number of kites above Sanam Luang still pales in comparison to the scenes that could be witnessed 30 years ago. The 70s and 80s, according to Prinya, were "the heyday of kite flying in Thailand".

As a young boy, he remembers seeing thousands of kites floating in the sky on windy days. 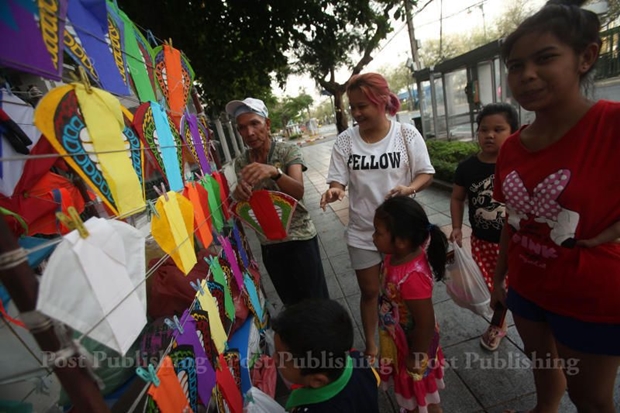 You can buy your kite ready-made from vendors at Sanam Luang.

To Tong-orn is a 59-year-old kite seller who has been handcrafting and selling kites at Sanam Luang for nearly 40 years. He remembers days when the sky above Sanam Luang was pocked with flashes of colour.

"The sky was crawling with kites, and an awful lot were also waiting to take off on the ground," To said. "Too bad there is no such thing anymore."

Part of the reason fewer people fly kites, To believes, is due to the increasing popularity of computers, tablets and mobile phones. "Only when parents realise that their kids need a day to run in the sunshine or need a break from looking at their computers will they come here," he said.

You can read the full story here: http://www.bangkokpost.com/lifestyle/social-and-lifestyle/524843/come-fly-with-us