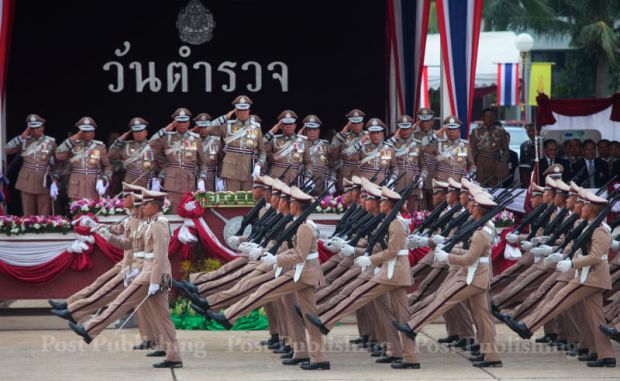 The Constitution Drafting Committee (CDC) yesterday included a proposal to reform the police force in the draft charter which will be forwarded to the National Reform Council (NRC) for consideration on April 17.

The proposed police reform deals mainly with transferring units of the Royal Thai Police Office (RTPO) that are not directly related to crime suppression to other state agencies, which will create a system designed to keep the force from political interference and allow public participation in managing police affairs.

The proposal also involves making a fair and just reshuffle of the police personnel and distributing the power to oversee police affairs to the provincial administrations.

Improving the independence of the criminal investigation process is also treated as an important objective of the proposed reform.

The reform will also allow public prosecutors, provincial governors and district chiefs to take part in a criminal investigation in the event that complaints are lodged by the people demanding a fair probe. Forensic science will also be reformed, to increase the independence and efficiency of the work.

Banthoon Sethasirot, a CDC member, said the CDC took up the reform proposal and incorporated it in the draft constitution to be submitted to the NRC's committee on law and judicial procedure reform. After vetting details of the police reform, the panel will put up the issue for the NRC's central committee for debate.

If the NRC finds any flaws in the police reform proposal, it will advise the CDC to make corrections. If changes are to be made, the draft will be returned to the CDC for review with input from the members of the public factored in.

Mr Banthoon added the reform proposal to be submitted to the NRC contained all the points to be addressed in the reform. With the proposal to transfer the non-crime suppression units to the other government agencies, CDC spokeswoman Suphatra Nakhaphiew said the units to be earmarked for the transfer might include the forestry police and the railway police.

She said further moves to boost the independence of police crime investigation work will be a subject of discussion during the review stage. "It's been proposed that since the criminal investigation marks the onset of judicial procedure, the work should be separated from the other units to prevent political interference," she said.

Ways to reform the entire procedure from the police investigation to the prosecution will come under review before a new system of criminal investigation can be designed, she said.

Ms Suphatra dismissed speculation the CDC delayed making its decision on police reform previously because it wanted to avoid dealing with expected opposition to the proposal.

She said the CDC decided the police reform should be included in the last part of the draft charter because the committee has to wait for the NRC's committee on law and judicial procedure reform to consider the issue first.

Of the NRC's 18 committees, the law and judicial reform committee was the last to send the CDC its conclusion, she said.

"The charter drafters still want to listen to the NRC," she said.