All eyes are on how the new envoy will maintain the balance between his role as the guardian of Western-style democracy and friendship with its long-time Southeast Asian ally. 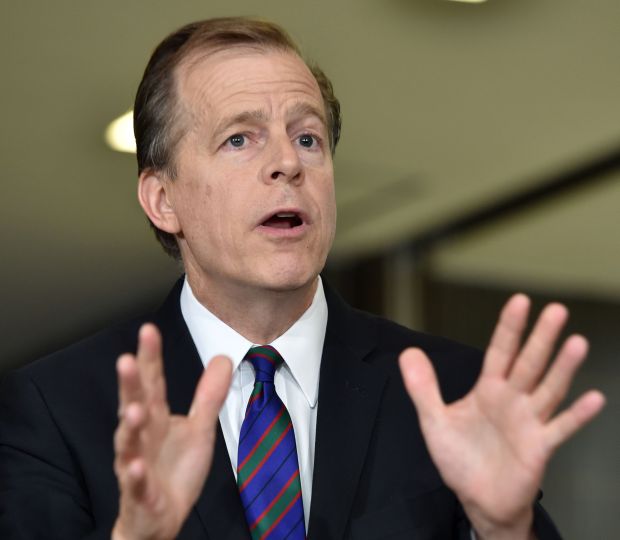 President Barack Obama's choice for the new ambassador to Thailand is Glyn Davies, a seasoned diplomat. He is awaiting the US Senate's nod for his Bangkok posting, which was vacated by high-profile diplomat Kristie Kenney in November last year. (Photo: AFP)

No quick fix to US relations

After six months of diplomatic hiatus, the US government has finally nominated a new ambassador to Thailand.

President Barack Obama's choice for the position is Glyn Davies, a seasoned diplomat. He is awaiting the US Senate's nod for his Bangkok posting, which was vacated by high-profile diplomat Kristie Kenney in November last year.

His nomination, which was made on Feb 20, won endorsement from Bangkok late last month.

If anything, the nomination of Mr Davies should help end anxious speculation here that Washington is punishing the junta-led administration for the May 22 coup that deposed the democratically-elected government under the Pheu Thai Party.

Many interpreted the delayed appointment as Washington's failure to prove that it is a real friend to Thailand, without realising the delay stemmed largely from internal politics in the US.

Such bitter speculation has been fuelled further by the downgrading of Thailand on the US Trafficking in Persons (TIP) report to Tier 3 last year. Many wrongly believe this is a political decision. While Thailand is struggling to reclaim its Tier 2 position, the TIP downgrade was followed by the suspension of military assistance to the Thai army, as well as the downsizing of the joint Cobra Gold military exercise. All this has forced Thailand to seek a closer alliance with US rivals, namely China and Russia. China, in particular, looks forward to a joint military drill with Thailand.

With his solid profile, Mr Davies, who is now a senior adviser in the Bureau of East Asian and Pacific Affairs at the US Department of State, seems to be the right choice by the US president, the type of envoy that Mr Obama can trust to carry out his "pivot to Asia" policy. He was former US special representative for North Korea policy from 2012-2014.

There are challenges that Mr Davies will face when he assumes his post — the same challenges faced by his predecessor Kenny, before she wrapped up her diplomatic assignment in Thailand.  All eyes are on how the new envoy will maintain the balance between his role as the guardian of Western-style democracy and friendship with its long-time Southeast Asian ally. Or how he will demonstrate understanding of the special situation in junta-led Thailand without compromising democratic principles.

It remains to be seen how he will avoid the accusations experienced by his predecessor, who was criticised for not maintaining neutrality in a polarised host country.

It is unrealistic to expect the appointment of the new ambassador to improve strained Thai-US relations overnight. After all, Thailand has other thorny issues to work on. These include Section 112, which goes against the key democratic principles of freedom of speech, Section 44 and ongoing military campaigns against political dissent and those viewed by the junta as national security threats.

All these issues have tainted Thailand's image and human rights record in the eyes of the international community.

The Prayut Chan-o-cha administration certainly needs all kinds of support and understanding from its friends, the US included, to ensure it can push the country forward on its political roadmap and restore democracy.

The nomination of Mr Davies is just the beginning for both sides to restore mutual trust and friendship. But we should remember that the US will never fully restore relations as long as Thailand is under military rule.