Abbot attacked while walking one of the temple's 146 tigers back to the compound where they are kept. Abbot had surgery Saturday night & now staying at hospital. 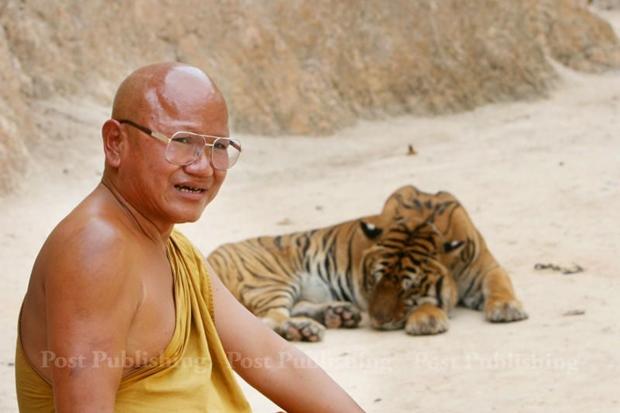 Phra Vissuthisaradhera, or Luangta Chan, sits with one of Wat Pa Luangta Bua Yanasampanno's many tigers in this file photo taken in 2008.

KANCHANABURI — The abbot of the famed “Tiger Temple” has had three stitches put in his face after being mauled by a Bengal tiger that was reared at the temple on Saturday.

Phra Vissuthisaradhera, better known as Luangta Chan, the abbot of Wat Pa Luangta Bua Yanasampanno, was walking with Hern Fa, a male Bengal tiger aged about seven or eight, holding a lanyard (or leash) attached to Hern Fa’s neck in his hand on a route to “Tiger Island", where tigers are kept inside a compound, when the big cat attacked him. 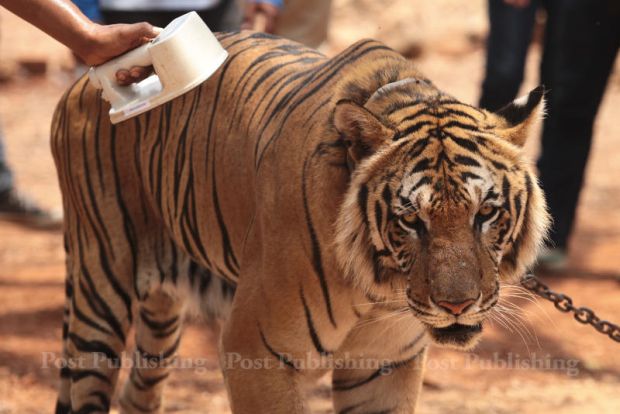 One of the many tigers at the Tiger Temple.


Pol Col Supitpong Pakjarung, vice president of Wat Pa Luangta Maha Bua Foundation, said Luangta Chan was on the left side of Hern Fa and it was believed the tiger may have been startled when the abbot jerked the lanyard.

The 64-year-old monk required three stitches to the cheek near his upper lip. He also sustained a right arm fracture when he fell onto the ground and his arm hit a rock after the tiger’s attack. Earlier reports said the big cat also bit Luangta Chan’s arm. 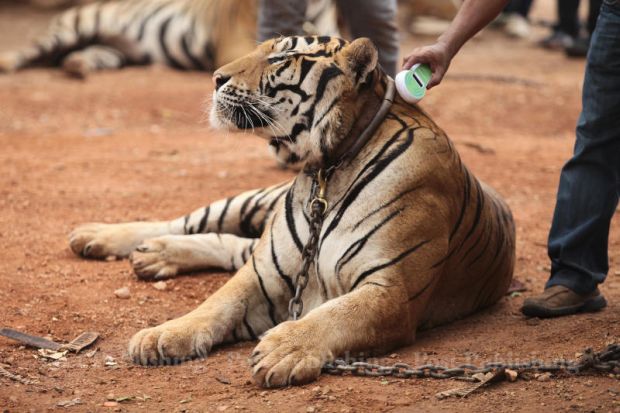 One of the many tigers at the Tiger Temple.


“It’s initially assumed that the cause was likely due to hot weather which upset the tiger. Plus, with the abbot having been abroad for a long time, the tiger may not have remembered him,” Pol Col Supitpong said.

Luangta Chan underwent an operation on Saturday evening and is now recuperating at Thanakarn Hospital in Muang district. The medical team treating him have not yet allowed him to have visitors, saying the monk suffered chronic diseases of the heart and diabetes, and so they wanted to watch his condition closely, according to Suparb Korfak, chief of Singha sub-district.

Wat Pa Luangta Maha Bua temple is a famous, but controversial, tourist attraction as it has been permitted to take care of the animals even though possession of endangered species in Thailand is illegal.

The Department of  National Park, Wildlife and Plant Conservation (DNP) first announced the seizure of 10 tigers kept at the temple about a decade ago because the temple had no permit to keep them.

However, officials then asked the temple to help take care of the animals instead of taking them back.

On April 24, a committee set up to resolve the dispute between the DNP and the temple called a meeting attended by the two sides and concerned agencies.

The meeting agreed that the 146 tigers and their future offspring were state property and could remain at the temple on condition that it must seek a legal permit to operate a zoo. The temple must not exploit the tigers and use legal ways to generate income to feed the animals.

The DNP would also work closely with the temple and its foundation to ensure all activities carried out at the temple were constructive and not breaching the law, the meeting said. 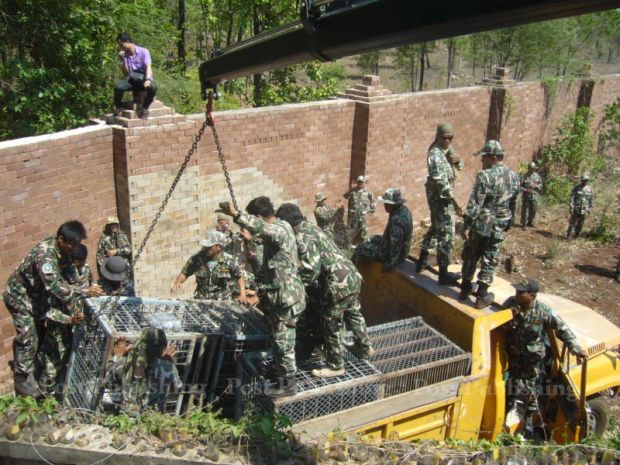 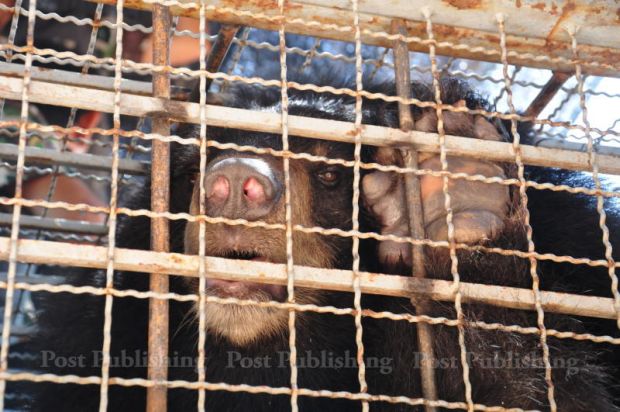 One of six protected Asian black bears held illegally at the temple, that were removed last month.