More+
Bangkok 'could be submerged in 15 years'
Learning
Advanced news

Bangkok 'could be submerged in 15 years'

Without urgent action, Bangkok could be under water within 15 years because of excessive pumping of groundwater, the weight of city buildings and rising sea levels, an NRC panel has warned. 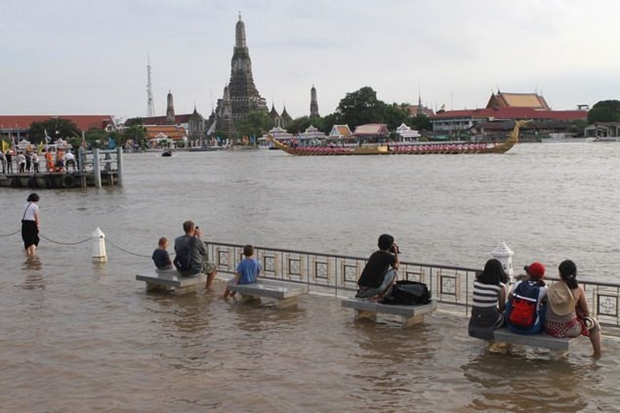 This riverside view taken during the great flood of 2011 could be the norm with two decades, an NRC committee has concluded. PAWAT LAOPAISARNTAKSIN

Without urgent action, Bangkok could be under water within 15 years because of excessive pumping of groundwater, the weight of city buildings and rising sea levels, a panel set up by the National Reform Council (NRC) has warned.

The government should therefore set up a national committee to deal with Bangkok's subsidence to prevent the capital from being submerged, the committee says.

The issue was raised at an NRC meeting Wednesday by Withaya Kulsomboon, chairman of the NRC panel responsible for drafting a report to address Bangkok's subsidence crisis.

Bangkok and adjacent provinces were only 0.5 to 2 metres above mean sea level and sinking, Mr Witthaya said. The longstanding and excessive use of underground water in areas without tap water supplies and the heavy weight of tall buildings were accelerating the subsidence. 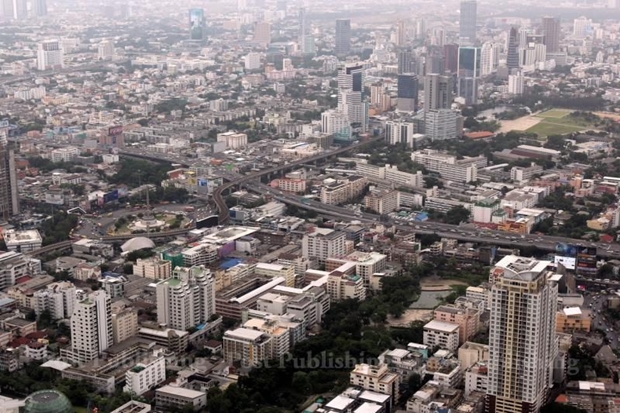 The weight of the Bangkok buildings, almost 5,000 of which are over eight storeys high, is one of several factors contributing to its alarming subsidence. CHAIKRIT SAETAN

A panel chaired by the prime minister is needed to deal with the crisis of rising sea levels and subsidence, according to the chairman.

The situation is urgent, and the government may even have to consider relocating Bangkok, said Mr Withaya.

It should work on a long-term plan, and devise additional laws to protect Bangkok from going underwater, he said, adding that specific agencies should be assigned to implement the measures.

The government also needs to increase public awareness of the issue, he said.

According to panel member Sucharit Koontanakulvong, if nothing is done, Bangkok might be underwater in less than two decades.

The report found the city's subsidence is partly a result of groundwater pumping, which removed underground water faster than it could be replaced, compressing the soil.

The NRC voted 166-to-5, with four abstentions, to accept the report's findings.

The council asked the panel to review the report once more and then send it to the cabinet within seven days.

One idea is to build barriers from Si Racha district of Chon Buri to Hua Hin district of Prachuap Khiri Khan to prevent the capital from being submerged and hold off coastal erosion, said Mr Sucharit, adding that the project would cost 500 billion baht.