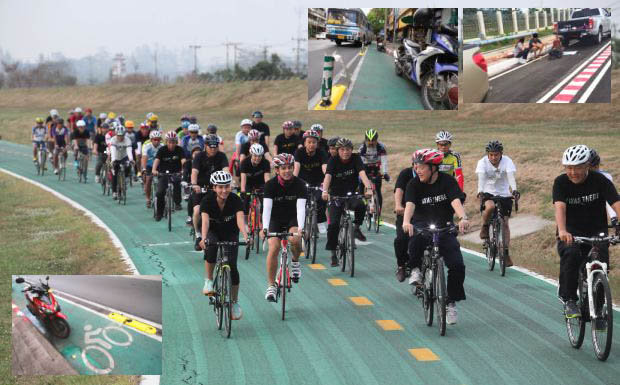 Bike Lanes separate from the road such as the Suvarnabhumi bike lanes shown here overcome the problem of blocked bike lanes. Inset: Motorcycles, garbage, buses and even impromptu roadside beer parties and some of the many of the things that typically block bike lanes.

Thailand to get Longest bicycle lane in Asia by 2017

A bicycle lane that is completely separate from motor vehicle traffic and that is 184 kilometres long stretching across five provinces (Pathumthani, Ayutthya, Ang Thong, Singburi and Chainat) is being planned by the government.

This new record-setting bicycle-lane will be built in honour of His Majesty the King’s birthday on December 5, 2015. 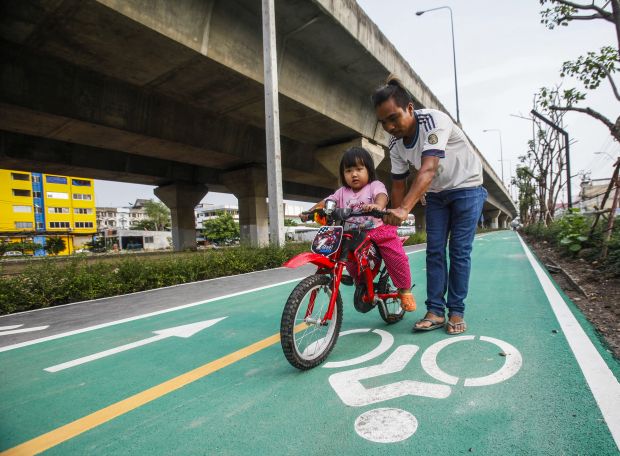 The nicely landscaped bike lanes that run along parts of the MRTA mass transit lines provide a nice safe place for children to learn how to ride a bike.


Because it is protected from motor vehicle traffic the new bike lanes will allow safe bicycling activities for families, children and senior citizens, groups that might otherwise be scared away from bicycling if they have to brave the dangerous streets of Bangkok. (See real story of bicyclist getting hit by a taxi here).

Separation from the main road should not only make the lanes safer but also prevent people using the lanes for other purposes such as impromptu drinking parties in the back of pickup trucks or people parking in bicycle lanes (See story here). 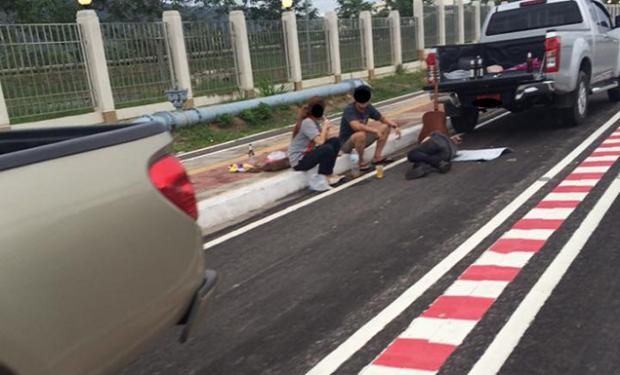 Photos of two pickup trucks parked in cycling lane while their drivers having a picnic on a pavement sparked viral outrage online. 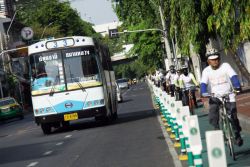 New downtown bike that are not separated from traffic very much.

Natural rubber will be used in road surfacing material for the bike lane which has higher surface grip and greater safety during the wet rainy season.

The 40 tons of natural rubber to be used will provide rubber farmers with 4,800,000 baht in income.

The bike lane will be 3 meters wide with two 1.5 meter lanes running in opposite directions with frequent rest stops along the way.

Survey and design work is now said to be 20% complete with safety being top priority and is estimated to take three years to complete, finished by 2017.

Until is the new bike lanes are available, bicyclists have the 23km Suvarnabhumi Airport bike lanes (Sanam Kiew) as well as the 3-km MRTA bike lines to use, although the Suvarnabhumi lanes are currently under renovation and closed until the beginning of next year. 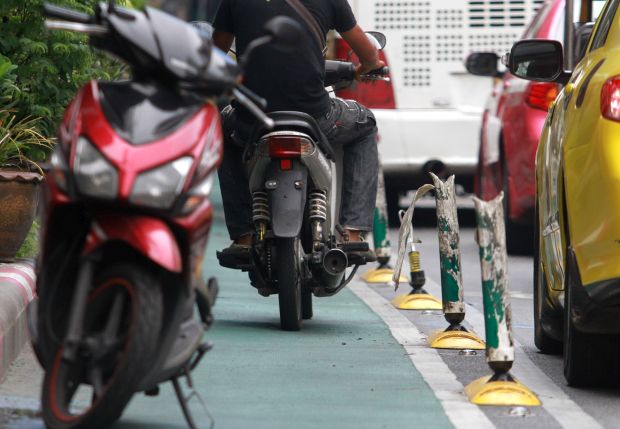 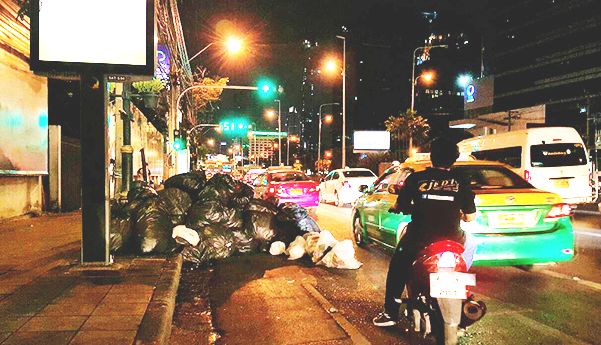 garbage dumped in the bike lane is another problem. 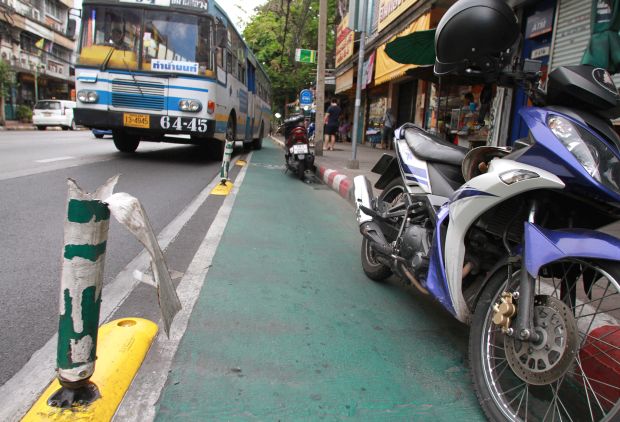 Where are buses to stop when there is a bike lane? Perhaps, a question that planners did not anticipate. 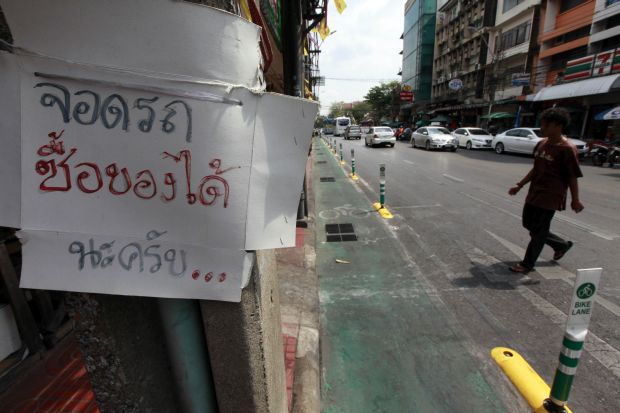 Parking in bike lanes will always be a problem with contention for limited space in a big city with high population density.