The army has finished installing the last of seven giant statues of famed Thai kings in Hua Hin, with a bronze statue of King Chulalongkorn the last to be erected on Sunday. 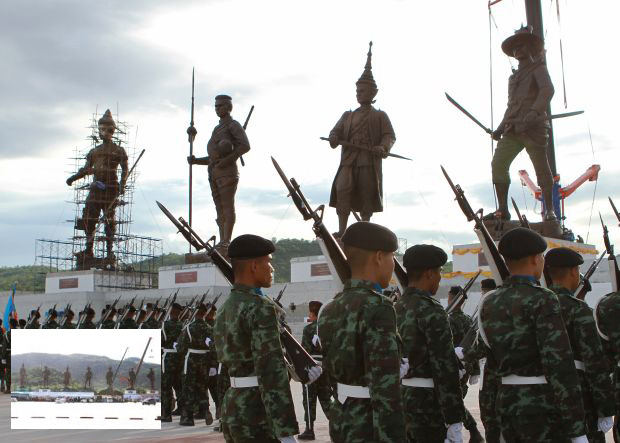 The statue of King Chulalongkorn is erected at Ratchapakdi Park on Sunday. (Photo by Pattarapong Chatpattarasill)

After the installation, artists from six casting factories in Nakhon Pathom, Lop Buri, Ayutthaya, Pathum Thani and Bangkok, where the statues were made, will decorate the 13.9-metre-tall and six-metre-wide images.

A religious ceremony presided over by Prime Minister Prayut Chan-o-cha will be held on Aug 19.

The park, located on 222 rai in an army compound near the Klai Kangwon Palace, is intended to demonstrate people's loyalty to the royal institution.

The 700-million-baht park will also function as a venue for civic occasions, a tourist attraction and a place for public education on Thai history. A 91-rai area is designated for important ceremonies, a museum and an exhibition centre under the kings' statues to display the profiles and contributions of all former monarchs. 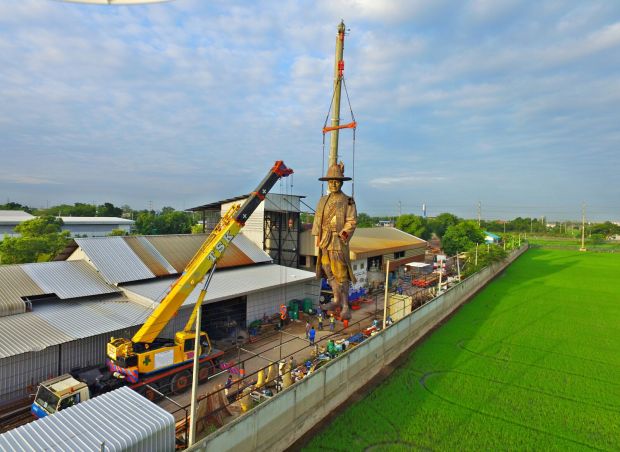 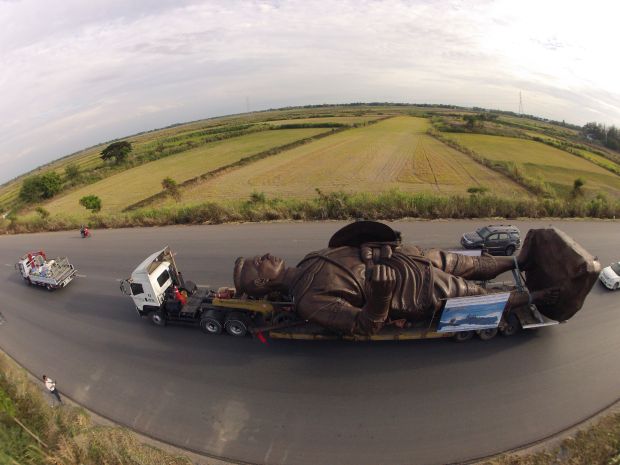 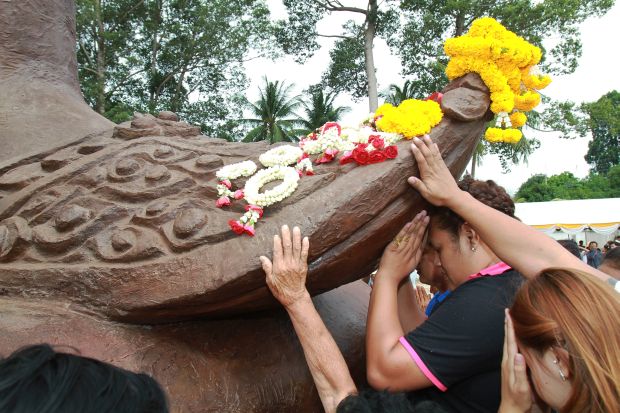 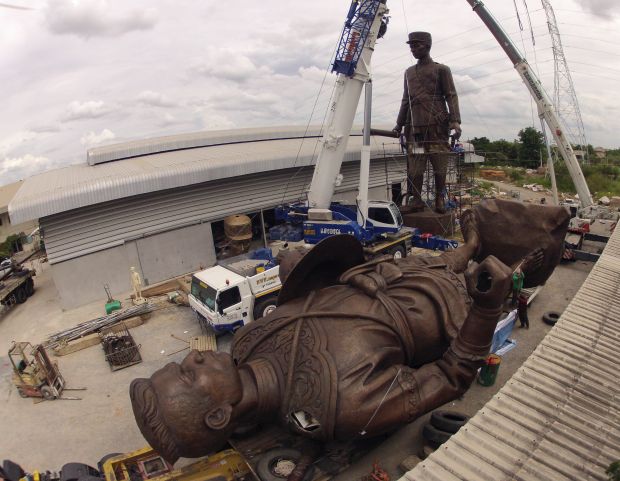 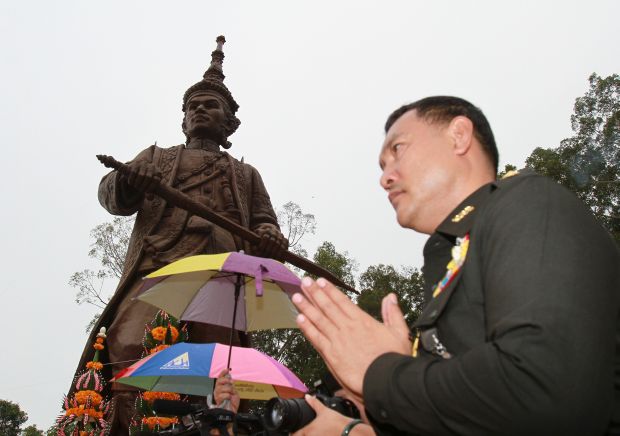 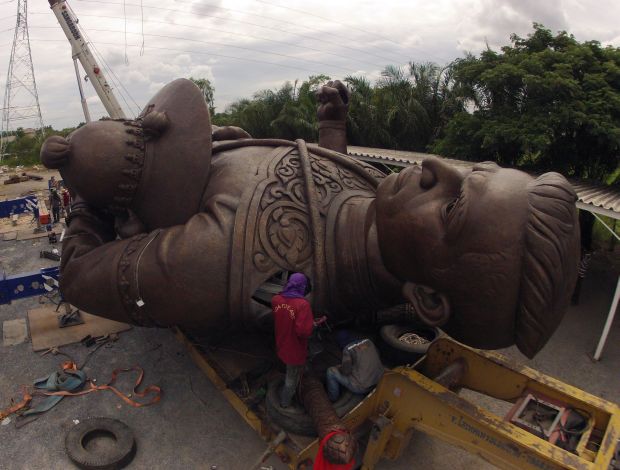 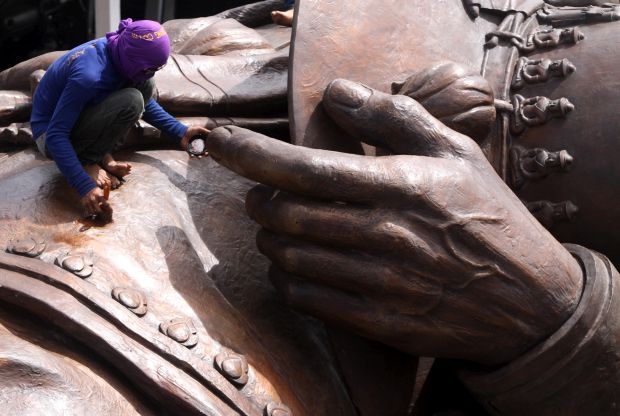 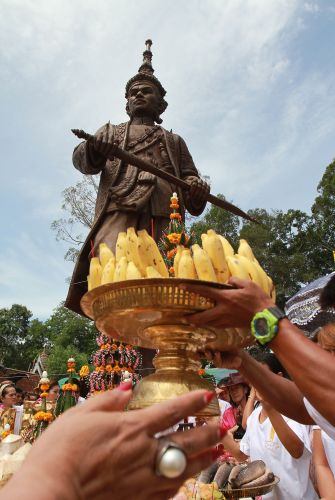