More+
Coup film 'No escape' to show in Thailand: Plans to get more films shot in Thailand (with video)
Learning
Advanced news

Coup film 'No escape' to show in Thailand: Plans to get more films shot in Thailand (with video)

The film No Escape, shot in Thailand, about American family caught in coup in unnamed country, gets permission to show in Thailand. Govt plans to attract more film shoots to Thailand. 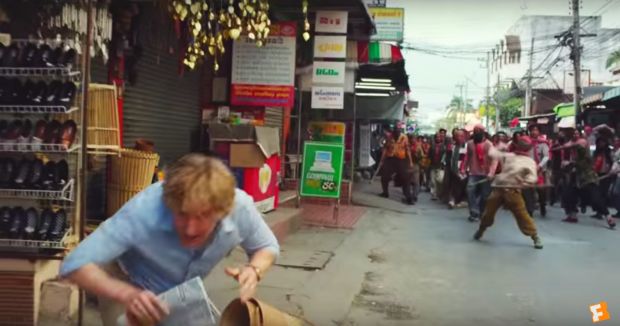 The scene in the movie No Escape, shot in Thailand, which actor Owen Wilson dodges projectiles thrown by protestors. (Source: YouTube screenshot)

Coup film 'No escape' to show in Thailand: Govt plans to get more films shot in Thailand

One of the most recent movies shot in Thailand was No Escape, an action film starring Owen Wilson, Pierce Brosnan and Lake Well shot partially in Chiang Mai at the end of 2013.

Despite rumours that the film was banned by Thailand's military government because it depicts a coup in a Southeast Asian country, the Culture Ministry on Monday confirmed the film was approved by censors on July 28 and will open as planned on Sept 10.

During the filming of the film, that was called "The Coup" at the time, a fire broke out on the film set in Lampang and actors Pierce Brosnan and Owen Wilson reportedly "barely escaped" the flames (See here).

Steps have obviously been taken to make sure the setting of the film is not identified as Thailand such as the upside down Cambodian (or Khmer) letters on the riot police shields. 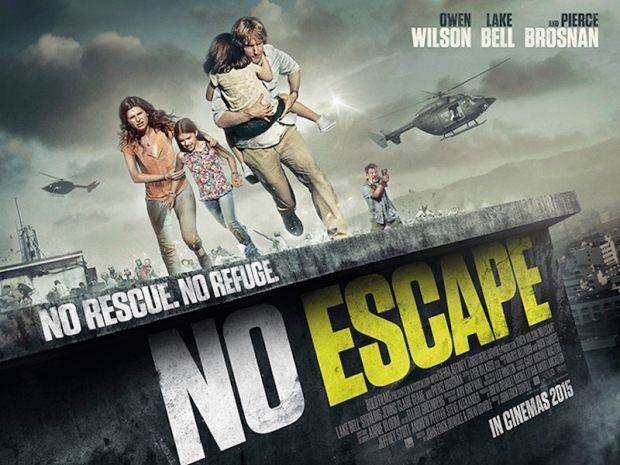 The film No Escape, shot in Thailand, is about an American family that is caught in an unnamed country during a coup. 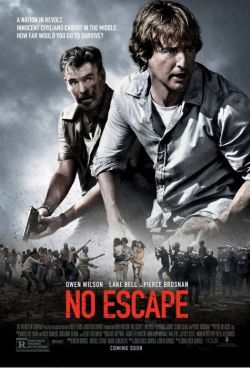 Thailand is hoping to become the setting for more movies by paying larger rebates to international filmmakers.

The Ministry of Tourism and the Sports Ministry plan to seek cabinet approval to give back up to 20% of the money spent in Thailand by overseas movie producers. Known as "incentives," the rebates are a key tool used by countries around the world to land movie shoots.

Under the proposal, foreign filmmakers who spend at least 100-200 million baht in Thailand would get 15-20% of the money spent returned...

The idea was floated after Thailand lost out to Great Britain for a chance to be a shooting location for the latest episode in the Star Wars movie franchise. The United Kingdom offered more in incentives...

Prime Minister Prayut Chan-o-cha regretted losing out on the opportunity..

Incentives are not only a way for countries to generate income, but are also positive exposure for the country as well.

Mexico returned US$10 million to makers of the latest James Bond movie, but required producers to cast Mexican stars and depict the country in a positive light.

A request will be made to the cabinet to provide 300 million baht a year for the Department of Tourism to disburse in filmmaking incentives.

The Thailand Film Office earlier reported that Indian filmmakers shot the most movies in Thailand in 2013, with Bangkok being the most-frequent set location.