Erawan Shrine: 'Intersection of the Gods' beloved by Thais & Chinese

Built in 1956 after string of mishaps befell construction of luxury hotel, Hindu god shrines so numerous, area now known as Intersection of the Gods. Long popular with Chinese worshipers. 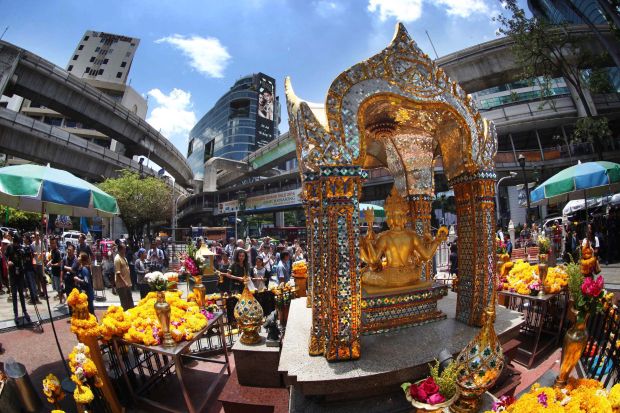 Erawan shrine is located at Ratchadamri intersection in downtown Bangkok, known as "Itersection of the Gods" for the many shrines to Hindu gods buildt by shopping malls in the area. 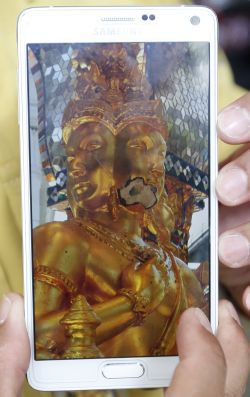 The chin of Phra Phrom, the central statue in the shrine, was completely broken.

The massive explosion next to the Erawan shrine Monday caused only minor damage to the shrine and it is estimated that it will take about two weeks to repair.

Only the chin of the central statue in the shrine was completely broken. Plaster will be used to patch the statue's face and other damaged parts. Craftsmen will then paint it with lacquer and gild it again with gold leaf.

The shrine itself was erected in 1956 after a string of mishaps befell the construction of a government owned luxury hotel.

An astrologer recommended building a shrine to the four-faced Hindu god Brahma, known as Phra Phrom.

Legend says that once the shrine went up, the problems besetting workers disappeared and devotees have flocked there ever since.

Such shrines are common in Buddhist majority Thailand, a nation which has forged a syncretic relationship with animist and Hindu traditions.

Few visitors who make their way to Bangkok's main shopping mall district fail to notice the Erawan Shrine which sits at the foot of a luxury hotel on one of the city's busiest intersections.

The smell of sandalwood incense and the jangle of temple music wafts above the din from the city's gridlocked streets providing a welcome respite for both devotees and curious onlookers. 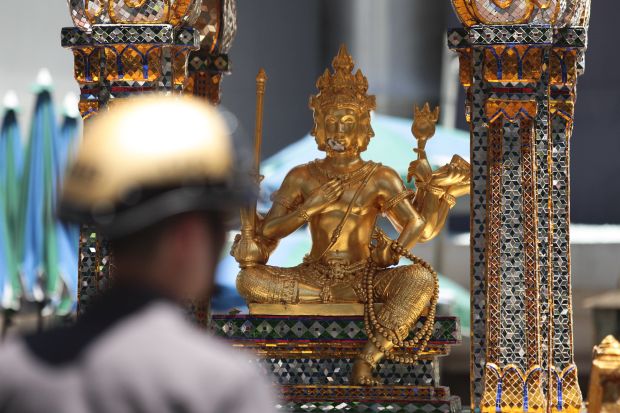 RAJADAMRI INTERSECTION OF THE GODS 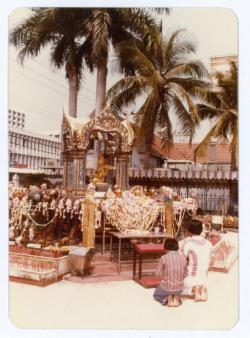 "Always festooned with garlands and covered in a thin layer of joss stick smoke, the Erawan Shrine has become popular among Chinese-speaking people since at least the 1970s. There is a Bangkok Post photo of a Taiwanese woman offering four large wooden elephants at the shrine in 1989. The belief that prayers made to the shrine would be answered -- couples asking for babies being the most popular, though students also ask for grades and lovers for requited love -- only grew and grew, leading to the coterie of beautifully sequinned nang ram -- traditional dancers -- positioned at the shrine and paid to perform their dance so as to please Bramha. ... Hong Kong actress Deborah Lee came to pray at the shrine 40 years ago. She went back and said that her prayers were answered, that her lucky star was perpetually on the rise. It made headlines and triggered the waves of Chinese-speaking visitors who have made a pilgrimage to the shrine since..." 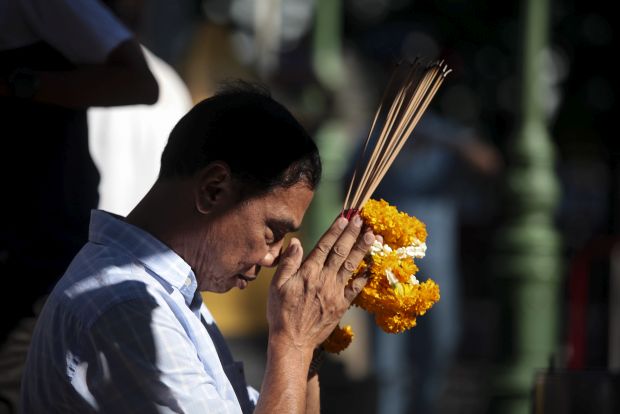 BEATEN TO DEATH BY ANGRY MOB

The fervour with which locals treat the shrine is so great that in 2006 a mentally ill man who attacked the statue of Brahma with a hammer was beaten to death by an angry mob.

The shrine has also been witness to key recent moments in Thailand's turbulent political history thanks to its location near the Ratchaprasong intersection, the center for red shirt protests in 2010. 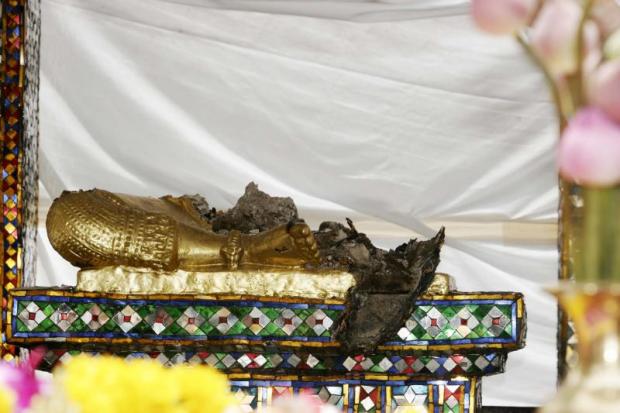 The Erawan Shrine after the 2006 hammer attack.