Outgoing army chief Udomdej Sitabutr says there is nothing wrong with using young soldiers to do domestic chores in officers homes. It's a voluntary job and a popular one too. 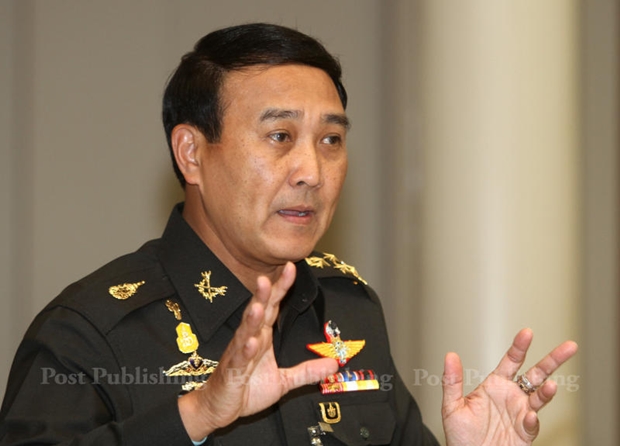 Domestic work at military bosses' homes is a voluntary job many conscripts prefer to do as they get better treatment from their masters, says Deputy Defence Minister Udomdej Sitabutr.

He was downplaying criticism on social media over exploitation of conscripts by military officers after a conscript complained of abuse by his boss.

News websites and social media have been awash with criticism over the use of conscripts at military officers' homes after a seaman, who claims his naval employer chained him to a tyre, filed a complaint at Government House last week.

The seaman conscript, Anek Polthongwijit, alleged Rear Admiral Benjaporn Bawornsuwan in Nakhon Pathom chained him up as punishment after he failed to perform tasks to his satisfaction. The rear admiral denied the allegation. The navy is looking into the complaints.

Offering a general defence of the way conscripts are treated, Gen Udomdej, also outgoing army chief, said the jobs are popular with conscripts who compete to serve at the homes of senior military officers, as they can skip arduous exercise drills at the barracks.

"Please don't call them servants. They are serving privates who are supposed to be looking after their commanders. Their living conditions differ from those of their colleagues, as their bosses take care of them," said Gen Udomdej, who retires at the end of next month.

Gen Udomdej said "serving privates" were in a minority compared to most conscripts trained in the barracks.

"They are treated well with good welfare. They don't need to spend their own earnings. They learn a lot by living with their seniors. Many of these experiences will benefit them after they complete their conscription," he said.