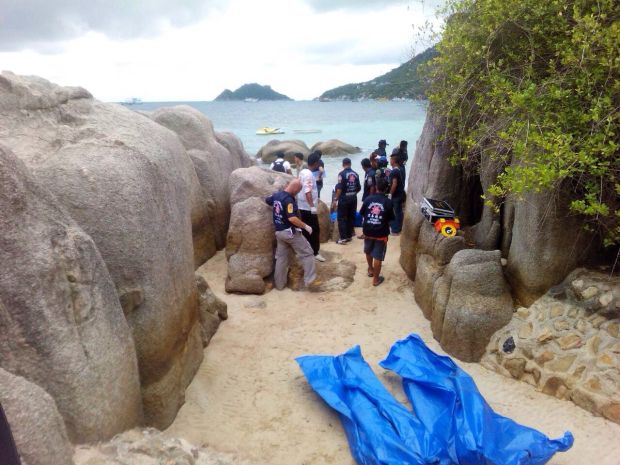 The bodies of the murder victims in body bags at the crime scene on Koh Tao. 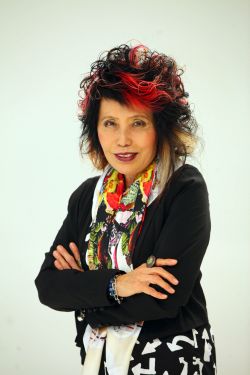 Dr. Pornthip, head of the Central Institute of Forensic Science under the Ministry of Justice, provided testimony in the Koh Tao murder trial today, that DNA taken from the alleged murder weapon, a garden hoe, does not match the DNA of the two Burmese men on trial for murder.

DNA taken from the alleged murder weapon, a garden hoe, does not match the DNA of the two Burmese men on trial for murder.

A key part of the prosecution's case is a match between DNA samples found on the victim's body and the bodies of the two defendants.

Defence lawyers asked for the police to hand over the DNA samples that the police used to make this match, for independent verification, but were told by police that there was nothing left of the evidence for re-testing.

Almost a year after the murders, police did agree to hand over the garden hoe murder weapon, as well as a shoe and a plastic bag for independent examination and verification.

Police have testified in trial already that they did fail to take DNA samples from the garden hoe used in the murder, choosing to take fingerprints instead.

Unlike the police, Dr. Pornthip's team did take DNA samples from the garden hoe.

They found that there was DNA of two males on the bloody garden hoe found near the victim but that this DNA did not match that of the accused. 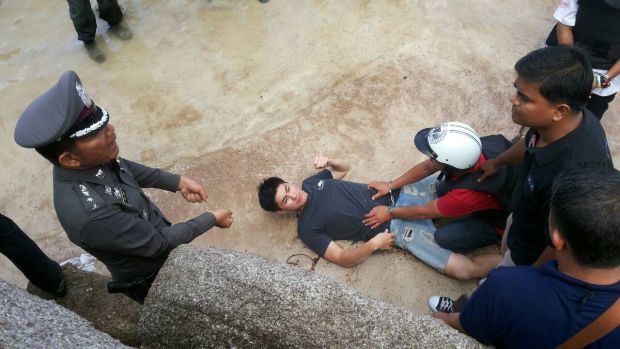 Traditional Thai police crime reenactment at crime scene by accused before evidence has actually been presented in a court of law.

Dr. Pornthip cited police failure to analyse the blood that was found at the crime scene.

Dr. Pornthip also cited the moving of one victim's body from the place where she was killed, an action that could potentially destroy evidence.

Police have previously been accused of intimidation and abuse of witnesses also.

Dr. Pornthip is the head of the Central Institute of Forensic Science under the Ministry of Justice that is independent of the police, a post she is due to retire from next month upon her 60th birthday.

Dr. Pornthip rose to celebrity status through a rivalry with the police in which she was highly critical of sub-standard police forensic work. 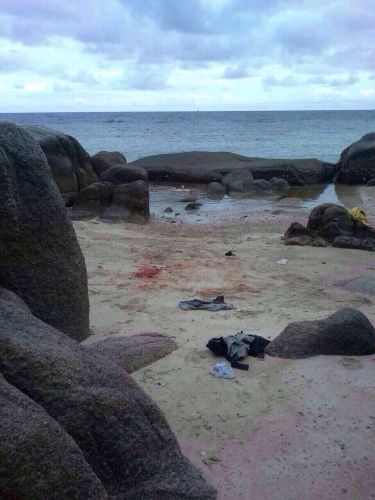 The crime scene shortly after the bodies had been removed.