Street vendors at Saphan Lek and Saphan Han markets are asking to continue trading for three more months, as the Bangkok Metropolitan Administration (BMA) continues tearing down their illegally-built structures.

Thai PBS reports that BMA officials this morning continued removing illegally-built structures, again focusing only on stalls and booths already vacated. Only a total of eight stalls have been completely removed so far. This morning the work was slowed because officials from the electricity department had to remove electrical connections, many of them connected to several stalls in the area. There was no resistance this morning and city officials may decide as early as this afternoon how long remaining vendors may stay.

Street vendors at Saphan Lek and Saphan Han markets are asking to continue trading for three more months, as the Bangkok Metropolitan Administration (BMA) began tearing down their illegally-built structures.

The vendors petitioned BMA deputy-govenor Pol Gen Assawin Kwanmuang, BMA adviser Pol Lt Gen Vichai Sangparpai and members of the working panel overseeing clearance of the area, seeking a three-month extension before they are forced out. 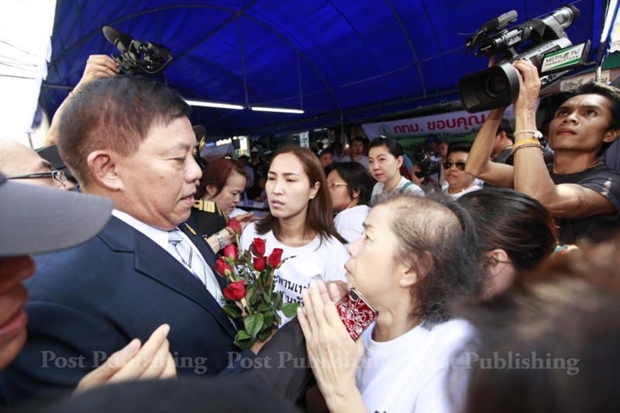 From early morning on Tuesday, hundreds of traders and shop owners pleaded with authorities like BMA deputy-govenor Pol Gen Assawin Kwanmuang to give them just a little more time – but their requests failed to move officials from the Bangkok Metropolitan Administration (BMA).

Vendors argued that City Hall only gave them 15 days' notice to leave the market, which was an insufficient time to relocate.

"We will move out. We only want the BMA to give us time and show fairness," said Kusarin Supngamsiri, a vendor at Saphan Lek.

Many shopkeepers had just ordered new goods to sell over New Year and need to clear their stocks before they are able to move, she said.

According to Ms Kusarin, nearly 205 of the vendors at Saphan Lek and Saphan Han – around 100 stalls out of 500 – have left the area, but others don't know where to go.

The BMA agreed to only remove booths that have been vacated for the time being and hold talks with vendors over the remaining stalls.

However, Pol Lt Gen Vichai did not say how much longer he would allow them to stay.

Vendors have few options in the neighbourhood, and while some have decided to rent space in nearby malls such as Mega Plaza and Saphan Lek Square, the costs there are higher, said Chanya Suravottinak, a watch-seller.

This will force them to raise their prices, and many fear they will lose customers, she said.

Saphan Lek and Saphan Han markets are famous for their cheap toys and electronic devices.

Ms Chanya added it would take her about a month to set up a new shop before she can open her business elsewhere.

She asked for the same extension which was given to Khlong Thom vendors to be applied there. 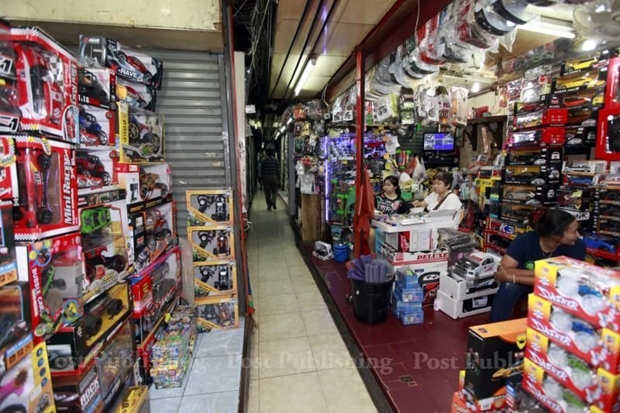 Vendors say they will move out but they want to be allowed to sell through the high-volume holiday season which ends in January.

Vendors have spent large sums acquiring and setting up their shops, and some newcomers – who denied knowing the market was encroaching on public land – said they were still carrying debt due to their investments.

"Many of us have families to support. If we are forced out, we won't earn any income," said a noodle vendor.

Vendors asked the BMA for more information about new areas where they could relocate.

Ms Kusarin added that city officials had never taken the vendors to see designated areas offered to them, nor asked if they were satisfied with them.

BMA officials argued that vendors had been aware of the need to move since a 2000 cabinet resolution ordered the area  cleared.

Meanwhile, some vendors said City Hall never acted upon that order until last month and claimed BMA officials have been illicitly collecting rent from them.