Engineers, graphic designers & printing operators will increasingly be in demand, jobs with routine tasks will be eliminated through technology, especially in manufacturing.

Robots, 3D printers and cloud networks will steal jobs from workers in Thailand and low-tech Asian nations, according to a new Asian Development Bank (ADB) study.

About 26% of regular wage jobs in Thailand, 21% in Indonesia and 20% in the Philippines are at high risk of disappearing as technology displaces workers, according to the ADB's annual Key Indicators for Asia and the Pacific report released Tuesday (download free report here).

For people earning temporary wages or who are informally self-employed, the estimates would be two to three times higher.

Engineers, graphic designers, and printing operators are among workers that increasingly will be in demand.

Jobs with people performing routine tasks will largely be eliminated through technology with manufacturing jobs especially at risk, the report said.

Thailand's rivals in Asia are boosting investment in technology to catch up with advanced countries like Singapore and South Korea.

In India and the Philippines, robots and automation are invigorating once-sleepy factories, while China is jumping into factory automation and building computerised controls needed to make high-precision goods like iPhones or cars. 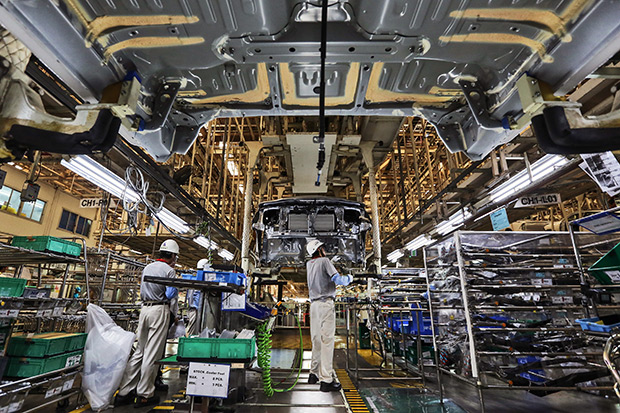 Cloud computing & 3D printing in Thailand and Southeast Asia is still in its early stages (nascent), but these technologies can: 1. reduce production costs, and 2. move production closer to customers, in places where the product is in demand.

Developing Asia must ensure that it has an educational system that can produce a critical mass of workers with the latest technology skills.