Bangkok canals were once filled with clear, clean water & fish. Govt project hopes to cleanup canals & restore them to their former state. 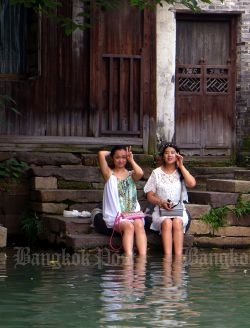 Tourists dip their feet in canal to cool off.

Bangkok canals were once filled with clear, clean water teeming with aquatic life.

Khlongs, as canals are called in Thai, were a ubiquitous feature of Bangkok.

No residence was far from a khlong. But that was a long time ago.

Many of the khlongs have since been filled in and made into roads.

The remaining ones are in a sorry state -- having been left to rot, literally, with household sewage and other waste.

Over the years, there have been many attempts to rehabilitate canals, but they never amounted to much.

The current government has now launched a campaign to clean up Bangkok's canals.

Khlong Lat Phrao and Khlong Saen Saep have been targeted in the initial phase of the programme. 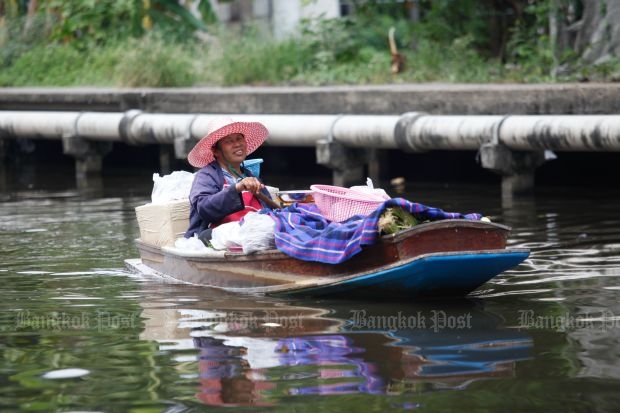 Vendor along a Bangkok canal using the more traditional form of transportation. 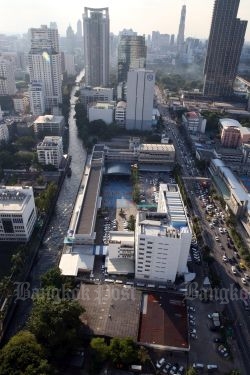 The cabinet has allocated 7 billion baht to clean up the polluted Saen Saep canal in Bangkok and Chachoengsao province over the next two years.

Most of budget, 6.8 billion baht, will go to the Bangkok Metropolitan Administration (BMA) because 45.5 kilometres of the 72km canal are in Bangkok and the water in the canal is more polluted in Bangkok.

The cabinet also ordered the canal rehabilitation project be finished in 2017, instead of the earlier schedule of 2020, in line with an instruction by Prime Minister Prayut Chan-o-cha.

The prime minister wants Khlong Saen Saep to be clean and safe because there are 28 passenger boat piers and the canal serves about 100,000 commuters a day.

Water in the section of Khlong Saen Saep in Chachoengsao was of better quality, with a higher level of dissolved oxygen, and could be used for agriculture. Water quality in the Bangkok section would be improved to the same standard.

Of the 7-billion-baht cleanup budget, 75 million baht will be for surveillance cameras along the canal. 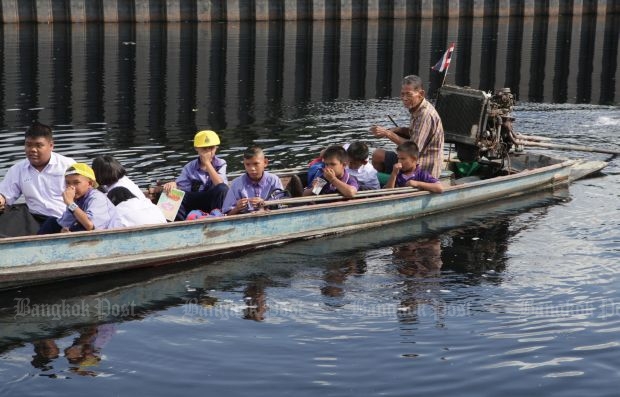 School boats rather than school buses are how people living next to Bangkok canals get to school. Note children are holding nose because of bad smells from canal. 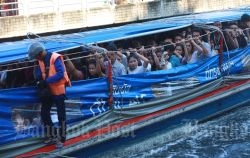 Saen Saep canal has a fascinating history outlined in a ThaiPBS article here.

Khlong Saen Saep is the longest man-made canal in Thailand.

King Rama III ordered the canal to be built in 1837 to create a water transport route during a war with Vietnam over Cambodian territory and it took three years to build.

After the war, it became a major transport and commercial route.

Currently, it is the only canal which offers a passenger boat service in Bangkok.

Today the whole district near the former palace is named Pathumwan district. 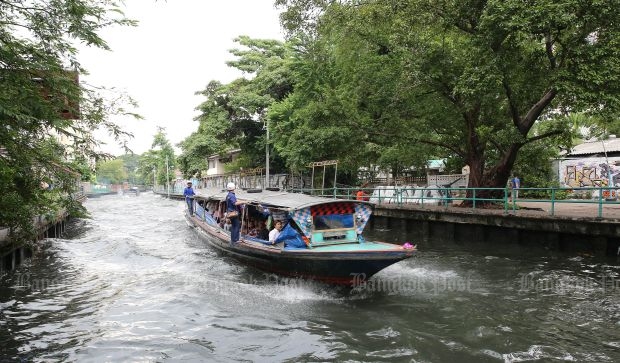 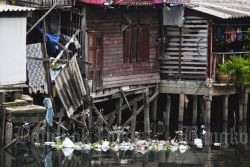 
Currently, less than half of all wastewater in Bangkok is handled by wastewater treatment plants.

Most Bangkok residences are not equipped with grease traps that can prevent grease from entering canals. 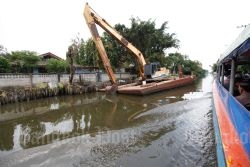 Other activities, such as food stalls, restaurants, car washes, commercial establishments and factories, discharge foul water directly into the canals. Rubbish continues to be thrown mindlessly into canals.

The cleanup will include getting households to install grease traps and equip industrial plants with wastewater treatment systems.

In addition to wastewater and water pollution problems, Khlong Lat Phrao faces a serious encroachment problem by some 3,000 households over its 24km length.

Relocation of the encroached households has already begun.

This will be the most difficult phase of the project. Once relocation is complete, work will begin on dredging and constructing flood prevention dykes along its length. 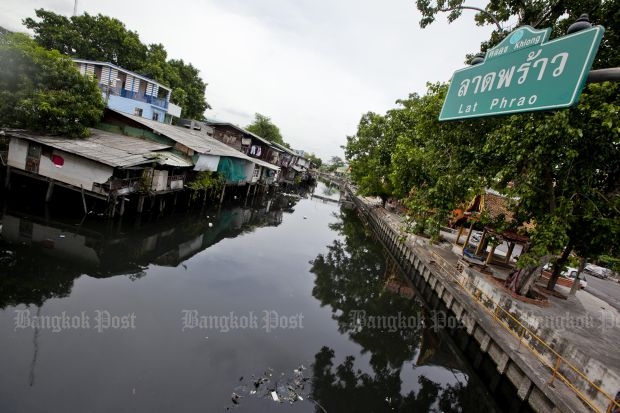 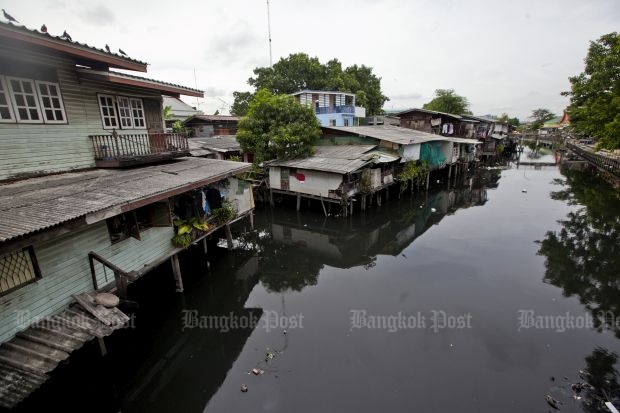 Along Lat Phrao canal, houses are located close to or even over the canal. 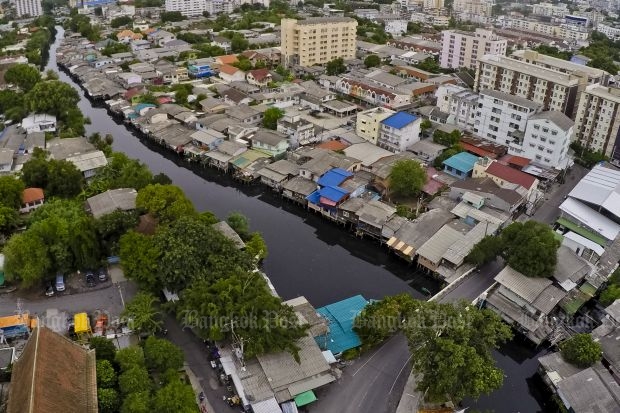