The army made a strong show of force over the scandal-hit Rajabhakti Park, closing an up-country train station to arrest three dozen activists who were to vist the park. Here, group leader Sirawith Seritiwat is taken away. WICHAN CHAROENKIATPAKUL

The student activists detained by the military yesterday while trying to reach Rajabhakti Park have been released with a stern warning from the army chief.

The army chief has issued a stern warning against any politically-motivated gatherings at Rajabhakti Park after a group of anti-coup activists was stopped from visiting the park on Monday and detained.

Authorities accused the members of the student group – which calls itself Prachathipatai Sueksa (Democracy Studies ) – of having a political motivation to stir up unrest.

The members were taken to an army base in Nakhon Pathom, where they were detained. Some were later released after they signed an agreement promising not to engage in such activities again.

A force of soldiers and police intercepted the group Monday at a railway station in Ban Pong district of Ratchaburi province, while they were on the train bound for Rajabhakti Park in Prachuap Khiri Khan's Hua Hin district, which had been unexpectedly closed. 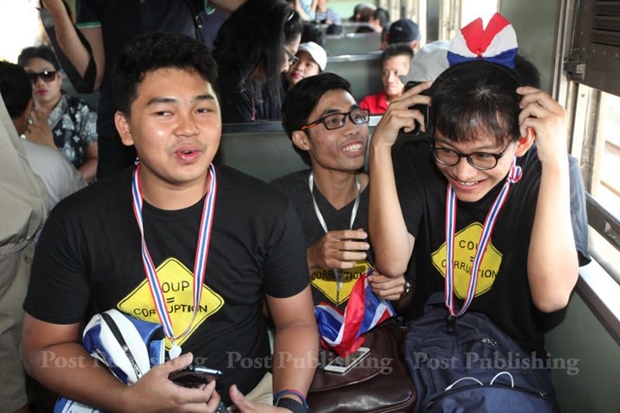 The carriage the 36 activists, including 16 women, were travelling in was disconnected from the rest of the southbound train, and the rest were allowed to continue.

The activists were ordered to disembark and initially detained at Ban Pong train station before being taken by military buses to an army base in Nakhon Pathom's Phutthamonthon district.

An army source said army chief Gen Theerachai Nakvanich had instructed military personnel at the base to dissuade the students from holding any politically-motivated activities again. They also conveyed the message to their parents.

The high-placed source said the military move was "an official warning" and the parents of the students were also warned to monitor their children under the threat of legal action against the families.

At press time, all of the students had been released from military custody. The majority of the students – 30 – had agreed to sign the agreement. Six refused to sign, according to the source. 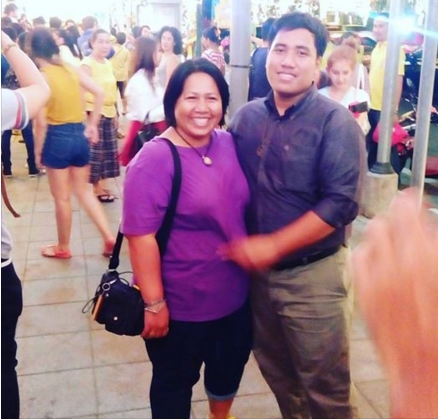 Sirawith poses for a photo after his release from military detention. (Facebook page of Sirawith Seritiwat)

Army spokesman Winthai Suvaree said the group was comprised of well-known activists who were making the journey with ulterior motives. He said they were stopped to prevent a confrontation with local residents who hold different views to them.

Meanwhile, Col Winthai said authorities were aware that efforts were under way to use the park as a venue for political gain, so they had to step in to maintain order.

Local people gathered at Ban Pong railway station, where the student group was initially detained, and shouted their disapproval of the students' planned activities.

The student group, led by Sirawith Seritiwat, a political science student at Thammasat University who refused to sign the agreement with the military, earlier said the group was going to the park to gather information about the controversy surrounding the construction of giant statues of former kings.

They also planned to read a statement revealing the problems surrounding the park controversy.

Gen Winthai said the group should have sought information on the park's construction through proper channels, rather than holding activities that could stir up unrest.

Another group of student activists, the Prachathipatai Mai (New Democracy), issued a statement that slammed the military for violating freedom of expression by detaining the other students.

The Prachathipatai Mai group vowed to dig up any alleged irregularities in the one-billion-baht park project until "the truth is uncovered", said the statement.

The National Human Rights Commission (NHRC) will discuss the issue of the students' detention at a meeting today, according to NHRC chairman What Tingsamitr. The NHRC will discuss whether their human rights were violated before considering any further action, he said. 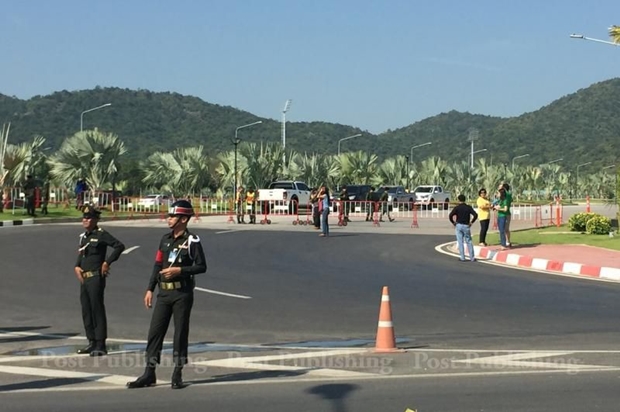 Following the incident Monday, the army abruptly closed Rajabhakti Park, claiming it was necessary to do maintenance work on its access roads.

The closure of the park on the last day of the long weekend to celebrate Father's Day left many prospective visitors disappointed. Many visitors parked their cars outside the park and attempted to get a glimpse the monuments from outside the park's walls. At the two security checkpoints on Phetkasem Road leading to the park, officers told visitors the park was closed for road repairs but declined to say when it would reopen to the public.

Local media speculated the park was shut down to prevent confrontations between local residents in Hua Hin and the Prachathipatai Sueksa activists.

A group of angry Hua Hin residents had reportedly planned to gather at the park to block the activists as they felt the place was a sacred royal venue and should not be "politicised".