Foreign ambassadors cycle along the ‘Bike for Dad’ route at the Foreign Affairs Ministry yesterday. PHOTO COURTESY OF THE FOREIGN AFFAIRS MINISTRY

Several foreign ambassadors to Thailand joined the “Bike for Dad” event yesterday and smaller events were held in countries around the world.

Diplomats ride along at 'Bike for Dad'

Several foreign ambassadors to Thailand joined the “Bike for Dad” event yesterday, praising His Majesty the King for his tremendous dedication to the country.

US ambassador Glyn Davies was among the envoys who participated in the event and he reaffirmed his respect for the King.

Mr Davies said he has had a wonderful time during his three months working here and would stay in the country for a long time.

The “Bike for Dad” mass cycling event took place yesterday throughout the country and at smaller events in 66 cities around the world with 9,805 people signing up abroad, according to the Foreign Ministry. 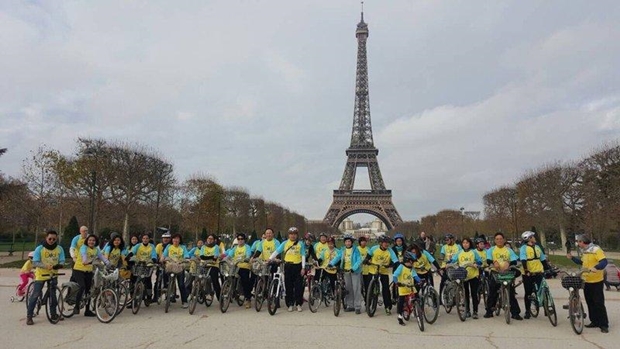 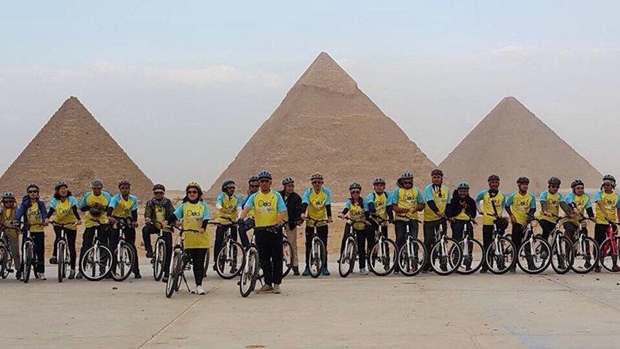 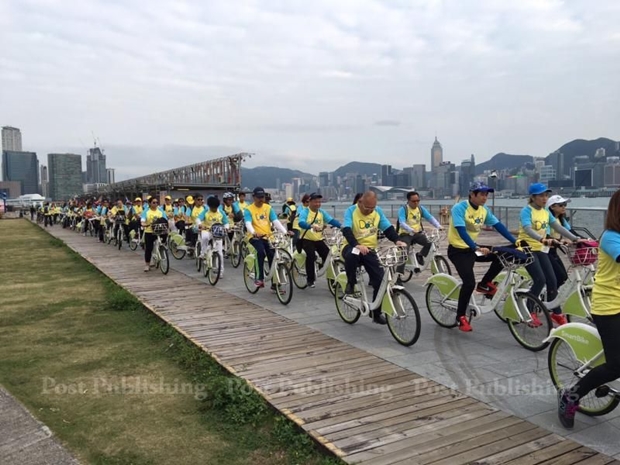 “It is such a good chance to join many people on the streets and discover Bangkok without cars,” French Ambassador Gilles Garachon said before riding his bicycle along the route with other envoys.

British ambassador Mark Kent said the event could help popularise riding bicycles on public roads among the people of Thailand.

“Riding a bicycle is going to be the future because it reduces pollution and traffic jams and it is just simply good for health,” Mr Kent said.

During a media interview, Mr Kent showed off his new bicycle which was recently brought over from Britain.

Chinese ambassador Ning Fukui praised His Majesty the King as a “role model” for citizens of his country.

Mr Ning recently donated 99 bicycles to the Thai government for the cycling event.

Bangladeshi ambassador Saida Muna Tasneem said, “We [the people of Bangladesh] are with His Majesty and we are praying for his health,” adding that people in her country have great love for the King.

Joining the historic event, newly-appointed South Korean ambassador to Bangkok Noh Kwang-il expected more cycling events to be held in the future and he hoped his family would be able to take part in them.

Indian ambassador Harsh V Shringla, whose tenure at his post in Thailand is scheduled to end early next year, said the “Bike for Dad” event was also held in New Delhi and joined by both Indians and the local Thai community there.

The foreign ambassadors and diplomats arrived at the Foreign Ministry about 10am for a general check-up for their bicycles before heading out to the Dusit Palace Plaza which was the designated assembly point for the event.