After law enforcement success, honest & hardworking police officer made unwelcome at all provincial police bureaus except the deep South that most policemen don’t want to be sent to.

Although Mr Purachai and Pol Maj-Gen Paween were both in government service in different eras --  the first as a politician and the second a career policeman -- the two men share one common trait, that of being straightforward and honest.

When Mr Purachai was interior minister he launched a crackdown on nightspots that opened beyond legal hours or allowed in underage patrons. His crusade earned him the nickname "spaghetti strap enforcer" for his no-nonsense law enforcement. But, at the same time, his uncompromising approach to problem-solving earned him many enemies in the night entertainment industry and among his colleagues in then-Thai Rak Thai party.

Mr Purachai was transferred to the position of justice minister by Thaksin.  Again, he became entangled in conflict, this time with Dr Prakit Watheesathokkit, chairman of the Thai Health Foundation. 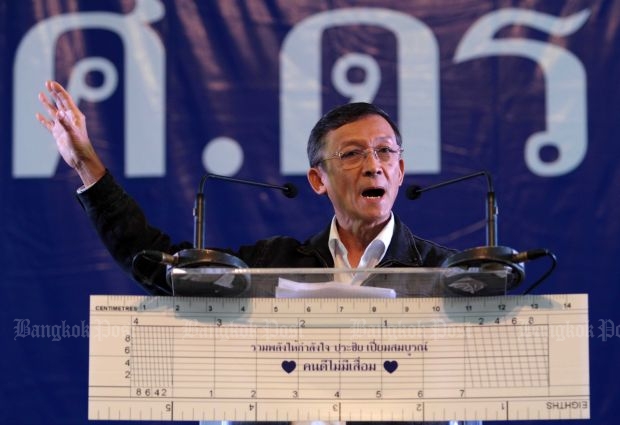 Pol Maj-Gen Paween was put in charge of the Rohingya human trafficking investigation by then-national deputy police chief Pol Gen Aek Angsananant, who at the time was tipped as one of the two candidates for the national police chief’s job. The other candidate was Pol Gen Chakthip Chaijinda, who eventually won the position.

The Paween-led probe resulted in the courts issuing 153 arrest warrants and the actual arrest of about 90 suspects, several of them military officers, including a lieutenant general, and some local politicians. Of these, 88 of the detained suspects have been arraigned by public prosecutors before the Bangkok Military Court.  Many others remain at large.

Pol Maj-Gen Paween’s efforts and successes in the crackdown on the human trafficking syndicate was widely praised by foreign media and human rights groups. Surprisingly, the big boss at the Royal Thai Police Office viewed him in a totally different light, for some inexplicable reason.  His immediate boss at Provincial Police Region 8 accused him of being undisciplined and defying orders.

Out of the blue, Pol Maj-Gen Paween was removed as the chief investigator and kicked out of Region 8  police, transferred to the Southern Border Police Operations Centre in the restive far South, even though the investigation into the human trafficking syndicate was far from over.

Why the abrupt removal? Does it mean the police officer had failed in his assignment? Or did he step on somebody’s toes?

Why was an honest and hardworking police officer made unwelcome at all the provincial police bureaus except the police operations centre in the deep South that most policemen, if they have a choice, don’t want to be sent to?

Given Pol Maj-Gen Paween’s dedication and achievements in the Rohingya trafficking investigation it is very unfair and also insulting for Prime Minister Prayut Chan-o-cha to question his patriotism simply because he told the truth about his work to the foreign media and reportedly sought asylum in Australia for fear of his life.

He reportedly tendered his resignation from the police force on Nov 5.

The question of patriotism should be directed at the human traffickers, the cheats and the corrupters who steal from the country and its people; not at an honest cop like Pol Maj-Gen Paween, who deserves much better treatment from the government and the Royal Thai Police Office.

The former chief investigator’s candid comments might have hurt the government and the police in questioning their sincerity about tackling human trafficking.

But his achievements so far have helped improve the image of this country.