The story of the 'Gingerbread House' on the Chao Phraya

Partially surrounded by a modern community, an old teakwood house on the banks of the Chao Phraya in Thon Buri still catches the attention of boat passengers. Photos by Jetjaras na Ranong

It's not haunted but it is crumbling and badly in need of repair, a 19th century historic house on the banks of the Chao Phraya.

This is an excerpt from a story in today's Spectrum Magazine. You can read the story in full here: http://www.bangkokpost.com/news/special-reports/828504/a-crumbling-gingerbread-house

A teak “gingerbread house” sitting on the banks of the Chao Phraya in an old quarter of Thon Buri often catches the eye of passers-by because of its aged look and exquisite fretwork.

Its dilapidated condition and uncut grass in the front yard, which has been deserted for 30 years, also pique curiosity. “Is it haunted?” some people ask. 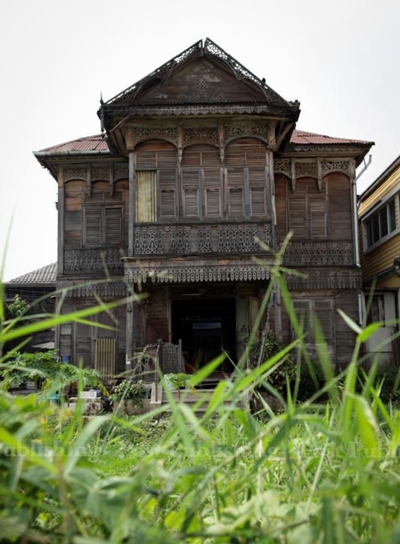 Located in a small Catholic community in Kudeejeen, the building is known by locals as “the blue house”. This is despite the fact that the paint has completely worn off, revealing the natural colour of the hardwood underneath.

There are splits and cracks in the walls, doors and window frames, adding to the weather-beaten appearance.

The owner of the house is Somsook Jutayothin, an 85-year-old single woman. Ms Somsook admits that age and infirmity mean it’s been a while since she has seen the condition of the house. She is too old to walk now. “It’s too much to see how the house has continuously decayed,” she said. 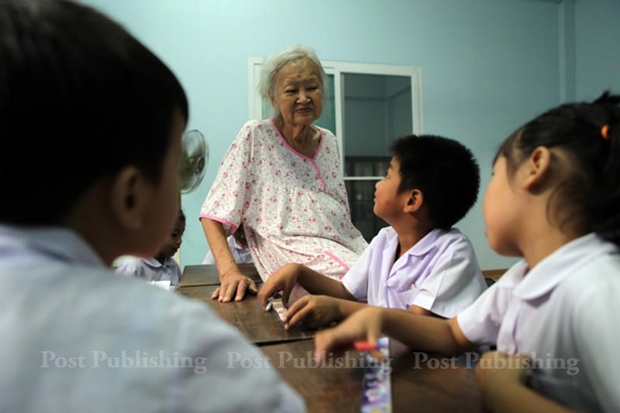 Ms Somsook is no stranger in the neighbourhood. She owns Santa Cruz Kindergarten, which has served the community for 54 years.

Ms Somsook tells about her hopes that the house can be renovated in this Thai-language video with English subtitles (Note: Videos don't always play on mobile devices)

Widely known as “Kru Add”, the frail old woman can no longer walk to her old house, which is only steps away from her home in the kindergarten. She cannot even see it, her view obscured by another building. 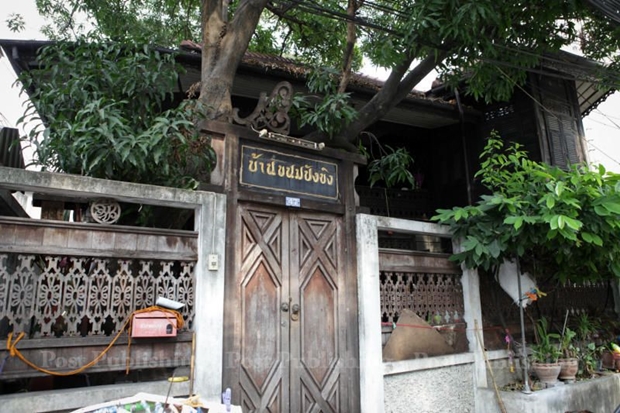 The house sign says 'Gingerbread House' (บ้านขนมปังขิง), a term for used the beautifully decorated teakwood houses that were popular among wealthy Thai and foreign families. Many of those still in existence are over 100 years old.

“But I have always wished to see this house renovated so that it will be passed on as a national treasure,” she told Spectrum.

“I am dying and I want to make sure the house will be restored before I die.” 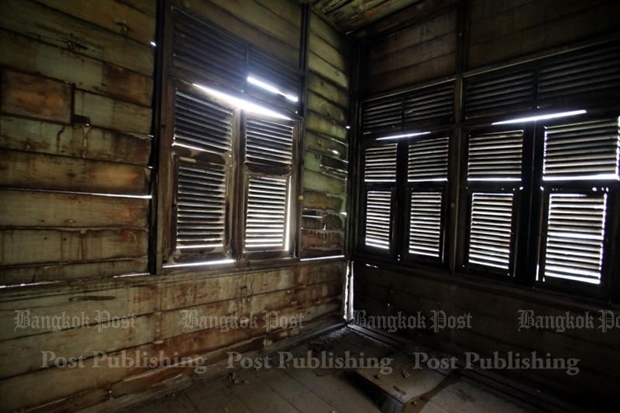 The interior is now in disrepair.

The Kudeejeen community traces its history to 1767, when Catholic clergy and Portuguese settlers started building a community on the west bank of the Chao Phraya River.

Ms Somsook said the original name of the building was Windsor House, after the original owner Louis Windsor, a wealthy British merchant who owned Windsor Shop on Charoen Krung Road.

Windsor, the son of an English captain who came to settle in Thailand, married Sombun, the daughter of a wealthy rice miller from Klong Bang Luang. After they married, Windsor built the house during the reign of King Mongkut. Ms Somsook could not recall the exact year when the house was built. 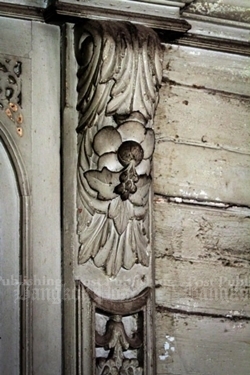 The decorations of the house reflect the status of the family which owned the luxury Windsor Store, widely called the See Ta (Four Eyes) Store.

In its prime, the impressive house reflected the social status of the Windsor family. The two-storey house was built at the centre of the Kudeejeen community, faces the Chao Phraya and has spectacular views of Wat Arun, which is better known as The Temple of the Dawn. Windsor House features vintage window grilles, shutters and decorative gables.

Originally there were two houses on the Windsor property, a brick and cement house out the front and the wooden house.

The brick house, however, has since been demolished.

Ms Somsook is concerned that if the wooden house is not renovated soon it will be ruined beyond repair, like the brick house was.

“It collapsed and was washed away by the river 20 years ago. If we don’t pay attention, the remaining wooden house may end up suffering the same fate,” she said.