Snow covers the trees at Sapa, a mountainous town in northern Vietnam, Lao Cai province, Vietnam 24 January 2016. Northern provinces in Vietnam has entered the coldest time of the year, according to media reports. EPA

Snow, sleet and icy winds across Asia caused deaths, flight cancellations and chaos over the weekend as areas used to warmer weather struggled with record-low temperatures. 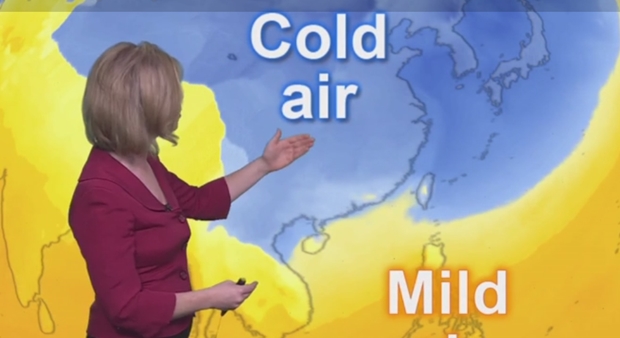 Thailand has had it relatively easy compared to many other countries in the region. The abnormally cold weather resulted from a mass of cold air pouring in from northern regions, in this case Siberia, a temporary phenomenon known variously as "Polar Vortex" or "Arctic Oscillation", relatively common in North America, but unusual here. Some experts say, however, with global warming disrupting normal weather patterns, such cold snaps might become more frequent in the future.

Here is a report on Asia's cold snap from AFP 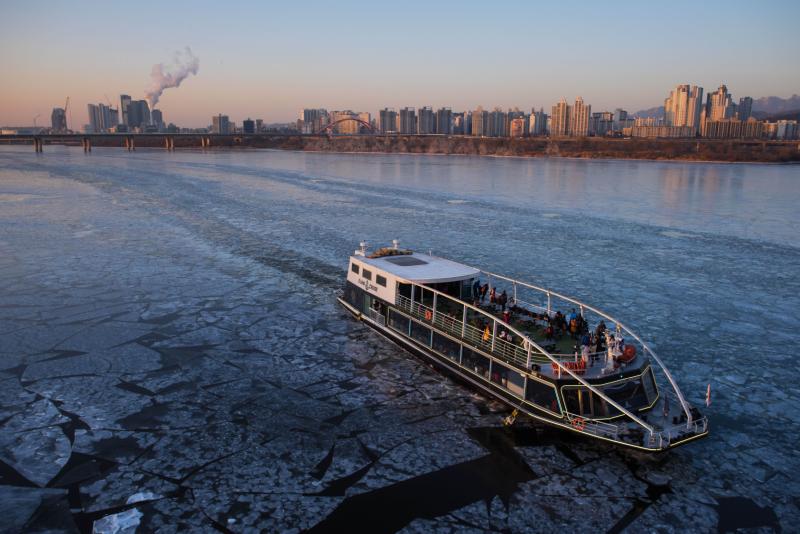 A cruise boat makes it way through ice on the Han river in Seoul on January 25, 2015. Temperatures in the South Korean capital fell to minus 18 degrees Celsius over the weekend, the lowest in ten years. AFP PHOTO / Ed Jones

Weather-related deaths were reported in Japan and Taiwan, with hundreds of flights cancelled across the region, tens of thousands of holiday-makers stranded in South Korea, and freezing conditions in sub-tropical Hong Kong causing mayhem on its tallest peak.

While the cold snap is by no means on the scale of the weather now affecting the snow-bound eastern United States, such temperatures are a novelty for many residents of the region.

In Vietnam, temperatures in Hanoi dropped to six degrees at night over the weekend, which state-run media said was the coldest weather the country has experienced for two decades.

Mountainous areas in the country's north, including the popular tourist town of Sapa, experienced light snow. Some primary schools were closed in the capital Monday, officials said. 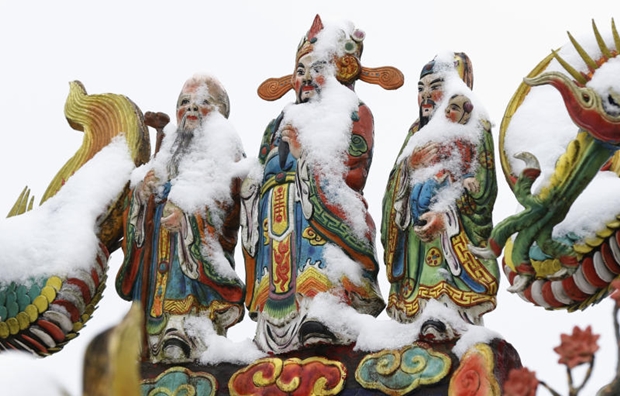 Snow sits on the Chinese god statues at the Pinglin temple in the high mountain area of New Taipei City, Taiwan, Monday, Jan. 25, 2016. An unusually cold weather front that caused sudden drops in temperatures has been blamed for killing as many as 57 people in Taiwan's greater Taipei area. (AP Photo/Wally Santana)

Taipei registered a low of 4 degrees over the weekend, the coldest in 44 years, with the Taiwan media reporting 65 deaths due to the cold weather, and rare snowfall drawing enthusiastic crowds to Yangmingshan National Park. 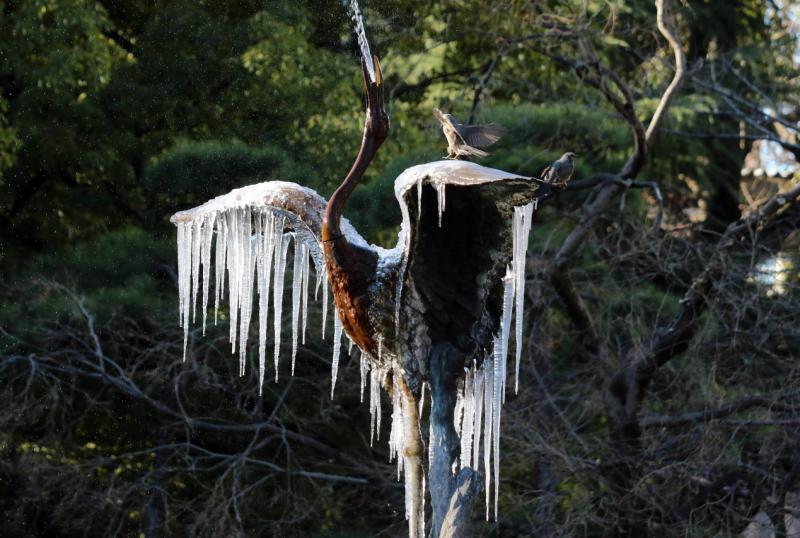 Birds sit on a frozen crane sculpture fountain with icicles hanging from its wings at a Tokyo park on January 25, 2016. A cold atmosphere sent temperatures plummeting to the lowest levels this winter in many parts of Japan. AFP PHOTO / Yoshikazu TSUNO

The small subtropical island of Amami observed snow for the first time since 1901, the Japan Meteorological Agency said.

In China, 24 weather stations around the country recorded all-time low temperatures between Friday and Sunday. 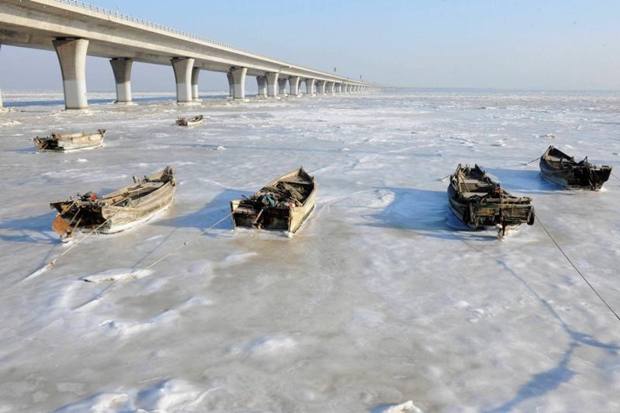 Row boats sit stuck in the ice of the frozen coastal waters of Jiaozhou Bay in Qingdao in eastern China's Shandong province on January 25, 2016. AFP PHOTO

At Eergu'Na in Inner Mongolia, the temperature on Saturday hit a record low of -46.8 degrees.

The southern city of Guangzhou saw rare sleet, the first in 60 years, in its downtown area, the provincial meteorological station announced on Sunday.

In Hong Kong, primary schools and kindergartens were closed Monday after temperatures plunged to a 60-year low. 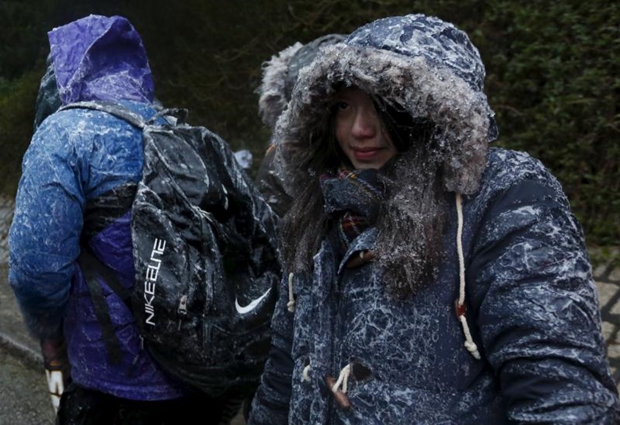 Hikers are covered with ice under sub-zero temperatures at Tai Mo Shan, the highest mountain in Hong Kong, China January 24, 2016. Government radio reported on Sunday that Hong Kong Observatory said it was the coldest day in 59 years, with the temperature dropping to 3.3 degrees in urban areas. REUTERS/Bobby Yip

The peak became the scene of "carnage", as one race official described it, as hundreds of curious "frost-chasing" citizens became stranded, with dozens stricken with hypothermia and hapless firemen called in to rescue them, filmed slipping and sliding on the icy roads.

Close to 90,000 people were stranded on the South Korean resort island of Jeju on Monday after the biggest snowfall in three decades shut the airport for the third straight day. (Local television reported that flights resumed later in the day.)