Huge crowds such as these at Wat Trai Mit Witthayaram in Bangkok’s Samphanthawong district were seeking blessings and hoping to ward off bad luck – because the influence of Uranus was set to bring bad luck to the country, according according to astrologers. (Photos by Wichan Charoenkiatpakul)

Astrological predictions that the planet Uranus' movement would bring unexpected changes sent crowds of people flocking to make merit and pay their respects at the City Pillar Shrine and temples in Bangkok Sunday.

Astrology has many followers around the world, not just here in Thailand. There are many varieties, however, and for some, the planet Uranus is of special interest. The reason is that for part of the year it appears to move in one direction; then it stops and goes backwards ("retrograde motion"). Thus, for astrologers, Uranus is a planet that likes to shock us. If you want to know why Uranus behaves like it does, you'll need to a different science: astronomy. (More at the end of this story)

Crowds of people flocked to make merit and pay their respects at the City Pillar Shrine and temples in Bangkok Sunday seeking good fortune, and causing heavy traffic congestion in and around Sanam Luang.

The gathering followed astrological predictions that the planet Uranus' movement would bring unexpected changes to the country.

Astrologers had cited Sunday as the day Uranus entered the Taurus zodiac sign for the first time in 84 years. Bangkok was established on April 21, 1782, with Taurus as the capital's zodiac sign, according to astrologers.

They said the influence of Uranus' transit would a cause a major change in the country and its occupants, no matter which zodiac sign they were born under.

This influence would last as long as seven years, they said.

Astrologers advised people to make merit and pay their respects at the City Pillar Shrine, which is regarded as "the pillar of triumph", in order to avoid bad luck.

This prompted crowds to visit the shrine at Sanam Luang near the Grand Palace, causing heavy gridlock on Ratchadamnoen Road and adjoining roads. 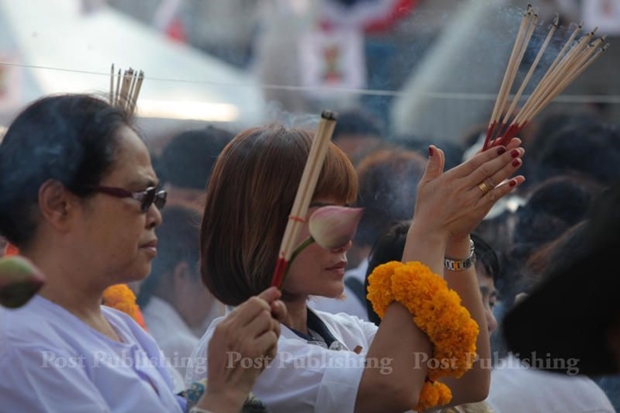 Worshippers at Wat Trai Mit Witthayaram were hoping to seek blessings and ward off bad luck.

Several temples in Bangkok were also full of crowds seeking to make merit and seeking prosperity and protection from bad fortune.

Here's more on retrograde motion using Earth and Mars as examples. One key idea is "vantage point" – the location of where you are compared to what you are looking at. Thus astrology on Mars would be quite different from what it is here on Earth.