Finally, a victory for the human! (Updated Sunday)

'Go' player Lee Se-Dol leaves the game room for a post-match press conference after his first win against a Google-developed super-computer, in Seoul on March 13, 2016./ AFP PHOTO / Ed Jones

Seoul, March 13, 2016, AFP – A South Korean Go grandmaster on Sunday scored his first win over a Google-developed supercomputer, in a surprise victory after three humiliating defeats in a high-profile showdown between man and machine.

Lee Se-Dol thrashed AlphaGo after a nail-biting match that lasted for nearly five hours – the fourth of the best-of-five series in which the computer clinched a 3-0 victory on Saturday. 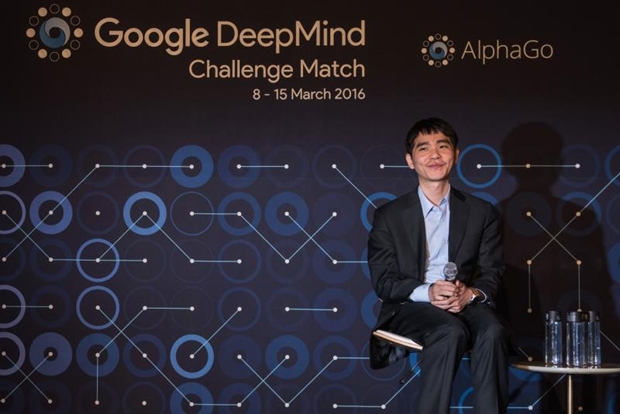 Lee struggled in the early phase of the fourth match but gained a lead towards the end, eventually prompting AlphaGo to resign.

The 33-year-old is one of the greatest players in modern history of the ancient board game, with 18 international titles to his name – the second most in the world.

AI AlphaGo has beaten 18-time world champion Lee Se-dol for the third straight game in Seoul, taking an unassailable 3-0 lead in the 5-match series. The remaining two matches will be played on Sunday and Tuesday , however, so Lee still has hope about beating the supercomputer at least once. AlphaGo is a program developed by DeepMind, a British AI company acquired by Google two years ago. 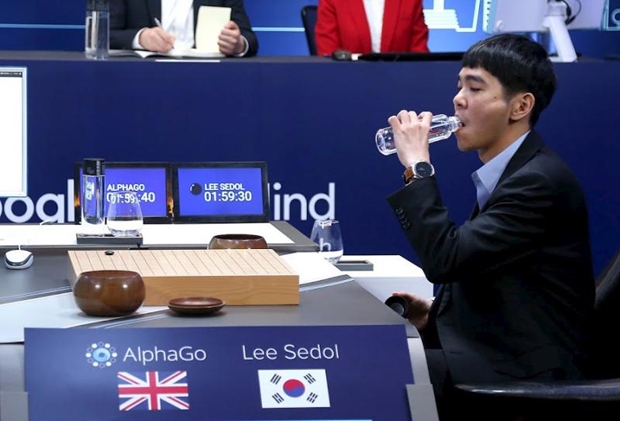 The world's top Go player Lee Sedol drinks water after putting the first stone against Google's artificial intelligence program AlphaGo during the third match of Google DeepMind Challenge Match in Seoul, South Korea, in this handout picture provided by Google and released by Yonhap on March 12, 2016. Once again, Lee was unable to match the AI strategy, meaning he has already lost the 5-match series. REUTERS/Google/Yonhap

Here is more from AFP:

Lee, who has topped the world ranking for much of the past decade and confidently predicted an easy victory when accepting the AlphaGo challenge, now finds himself fighting to avoid a whitewash defeat in the two remaining games on Sunday and Tuesday.

"AlphaGo played consistently from beginning to the end while Lee, as he is only human, showed some mental vulnerability," said one of Lee's former coaches, Kwon Kap-Yong.

"The machine was increasingly gaining the upper hand as the series progressed," Kwon said. AFP – A Google-developed supercomputer bested a South Korean Go grandmaster again Thursday, taking a commanding 2-0 lead in a five-game series that has become a stunning global debut for a new style of "intuitive" artificial intelligence (AI).

After shocking the world by defeating Lee Se-Dol – one of the greatest modern players of the ancient board game – in their opening match on Wednesday, the AlphaGo computer proved it was no fluke with another victory after a gruelling four-and-a-half-hour encounter.

"I am quite speechless. I admit it was a very clear loss on my part," Lee told reporters after the match, adding he had found "no weakness" in AlphaGo's performance during Thursday's match.

"AlphaGo played a near perfect game today... I will try my best so that I will win at least one game," said an ashen-faced Lee, who had earlier predicted that he would beat the supercomputer by a "landslide".

The 33-year-old must prevail in all three remaining matches – held on Saturday, Sunday and Tuesday – to win the series that has a cash prize of $1 million. Lee Se-Dol (R), a legendary South Korean player of Go – a board game widely played for centuries in East Asia – makes a move during the Google DeepMind Challenge Match in Seoul on March 9, 2016. AFP / Google DeepMind

Seoul, AFP – A Google-developed supercomputer stunned South Korean Go grand master Lee Se-Dol by taking the first game of a five-match showdown between man and machine in Seoul on Wednesday.

After about 3-1/2 hours of play, Lee, one of the greatest players of the ancient board game in the modern era, resigned when it became clear the AlphaGo computer had taken an unassailable lead.

"I was shocked by the result," Lee acknowledged afterwards.

"AlphaGo made some moves that no human would ever make. It really surprised me," he said, adding that the computer had shut out the game "in a perfect manner." 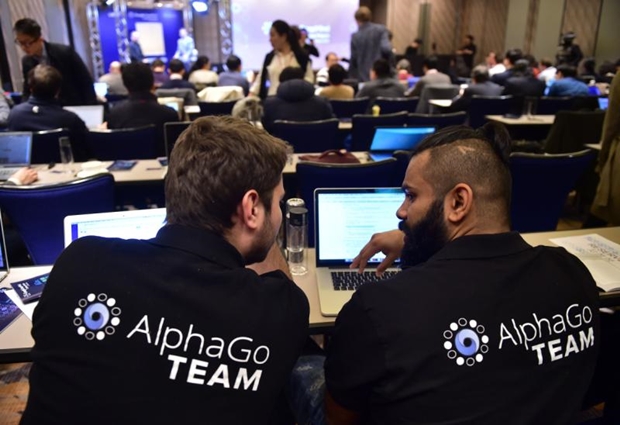 AlphaGo team members sit in a press room for the Google DeepMind Challenge Match at a hotel in Seoul on March 9. AFP / JUNG YEON-JE

Despite the shock loss, Lee said he had no regrets and was looking forward to the remaining four matches.

"I had some failures in the early stages today so if I improve on this, I think I still have some chance to win," he said.

Although the computer had whitewashed European champion Fan Hui 5-0 last October, it had been expected to struggle against 33-year-old Lee, who has topped the world rankings for most of the past decade.

But its creators had been bullish going into the match at the Four Seasons hotel in the South Korean capital, saying the computer, which employs algorithms that allow it to learn and improve from matchplay experience, was even stronger than when it took on Fan.

"We are very, very excited by this historic moment and very, very pleased with how AlphaGo performed," Demis Hassabis, the CEO of AlphaGo developer DeepMind, said after the victory.

"We think that Lee will come up with new strategies and... try some different things tomorrow. We'll have to see how AlphaGo will deal with it," Hassabis said.

The match-up sparked enough interest to warrant an Internet live-stream as well as live TV broadcasts in South Korea, China and Japan. 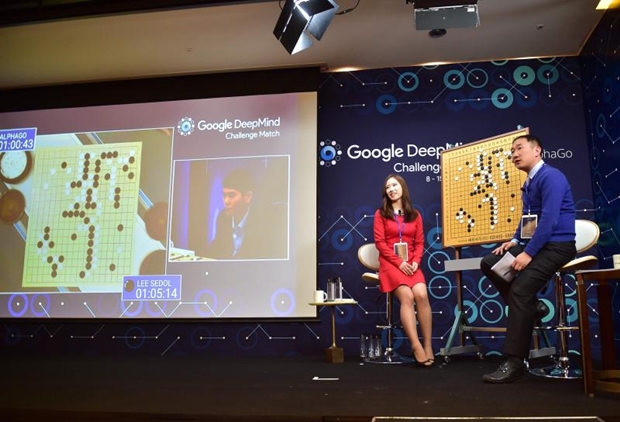 "I was shocked. Everyone was," said Kim Seong-Ryong, a Korean Go commentator and professional player.

"Something none of us thought would happen has just happened."

The five-day battle for supremacy between man and machine has been seen as a major test of what scientists and engineers have achieved in the sphere of Artificial Intelligence (AI) over the past 10 years or so.

The most famous AI victory to date came in 1997, when the IBM-developed supercomputer Deep Blue beat the then-world chess champion Garry Kasparov.

But experts say Go presents an entirely different challenge as the complexity of the game and almost incalculable number of move options mean that the computer must be capable of human-like "intuition" to prevail.

"Go really is our Mount Everest," said Hassabis, adding that the public response to the clash with Lee had been "far bigger than we expected."

Creating "general" or multi-purpose, rather than "narrow", task-specific intelligence, is the ultimate goal in AI – something resembling human reasoning based on a variety of inputs, and self-learning from experience

It is able to predict a winner from each move, thus reducing the search base to manageable levels – something co-creator David Silver has described as "more akin to imagination".