With three badminton championships in three weeks behind her, Ratchanok Intanon, soon to be world number one, is aiming for Olympic gold – and some serious romance.

Ratchanok now gets a short break from badminton before resuming her busy competitive schedule which culminates in the Rio Olympics later this year. It sounds like she also intends to find time for some serious romance. Here are details from this morning's main Bangkok Post story: 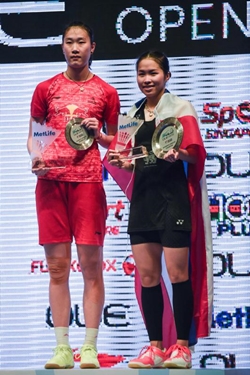 Ratchanok Intanon’s 18-21, 21-11, 21-14 victory over Sun Yu of China in the women’s singles title showdown was her third successive Superseries win in as many weeks after her triumphs in India and Malaysia. She had earlier captured the Thailand Masters crown in February in Bangkok as well.

The third seeded Thai took home the winner’s cheque of US$26,250 (926,000 baht). A blushing Ratchanok later told true4you that she is now expecting a green light from her father to foster a serious relationship with her boyfriend Pannawich “Tawan” Thongnuam.

Before Ratchanok’s departure for the Singapore Open, her father Winaschai had reportedly set winning the third Superseries title in a row as a pre-condition for giving his consent.

“Tawan sent encouragement every day and I did my job. I hope Dad will give me the green light now,” said Ratchanok with a coy laugh.

The 21-year-old Yasothon-native is the first Thai badminton player to become No.1 in the world singles rankings and the first woman in the world to complete a hat-trick of badminton titles.

Ratchanok, who has now established herself as one of the favourites for Olympic gold, said the win would give her a boost for Rio.

“Now I am more confident of getting a gold at the Olympic Games,” she said.

“I thought that today would not be my day and she was playing well. My body was tired from the three weeks but I just wanted to do my best.” 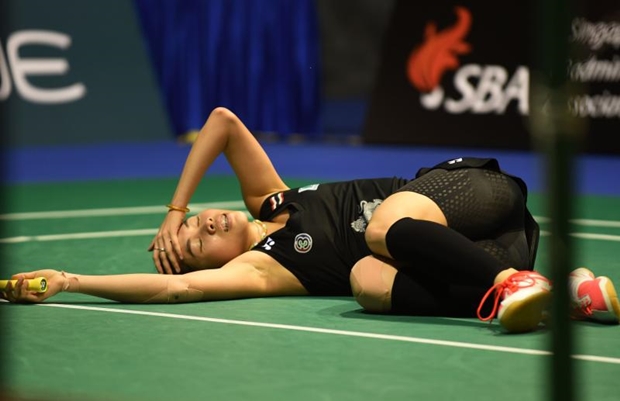 Despite losing 18-21 in the first set as the lanky Sun Yu put her superior reach to better use, Ratchanok coasted to a 21-11 victory in the second.

She then claimed the third set 21-14 as her opponent appeared rattled by several errors.

The 2013 world champion added: “I conceded the first set, but it didn’t affect my confidence. I was able to play my game and all I had to do was to wait for an opportunity to wrest the momentum.

“It was in the middle of second set that Sun started committing errors and I gained the upper hand. She tried to engage me in longer rallies but I just adhered to my game plan.

“Claiming the No.1 spot in the world had been the top priority and I am glad to have achieved that.”

Sun Yu, ranked 14th in the world, told reporters after the match: “I played well at the beginning but I got nervous when I was leading.” 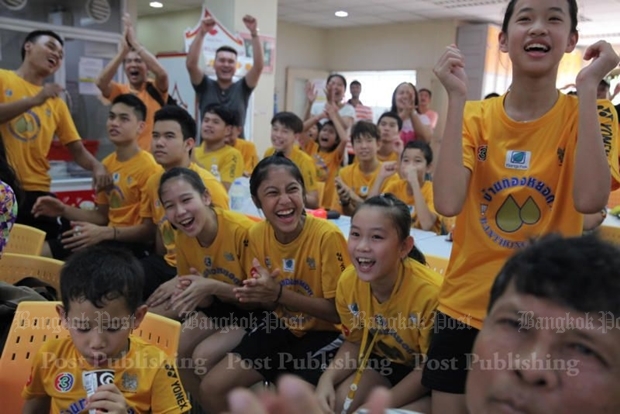 Ratchanok will now take a break before defending her title at the Asian Championships in Wuhan, China later this month.

She will later take part in the Uber Cup finals and the Superseries Premier Indonesia Open next month where she is also the reigning champion.