Famous photo of lightning bolt hitting a 65-foot tree in the US. The photo is a warning not to take refuge under branches of treet during a thunderstorm. Considered by experts one of the best pictures ever made of a lightning strike, the image was taken in 1984 by Johnny Autery of Dixons Mills, Alabama, from his pickup truck (National Geographic July, 1993)" (Source: Wikipedia)

In the northern Thai provinces of Nan and Phrae, summer thunderstorms struck with lightning strikes that killed one person and several animals on Monday night.

An elderly woman, Singha Prachuap, 60, was found dead in her orchard in Den Chai of Phrae province.

She had taken refuge in a small shelter that collapsed on top of her during the storm.

Twenty-two cows and pigs died from lightning strikes and hundreds of homes were damaged. 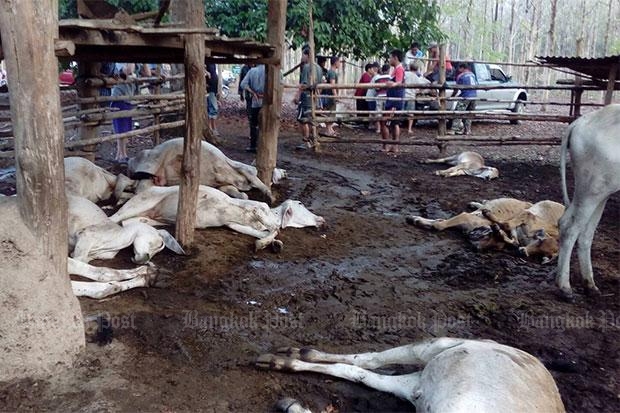 In Nan, at Nithakorn farm in tambon Muang Chang, a total of 18 cows were killed when lightning hit their pen in Phu Phiang district. 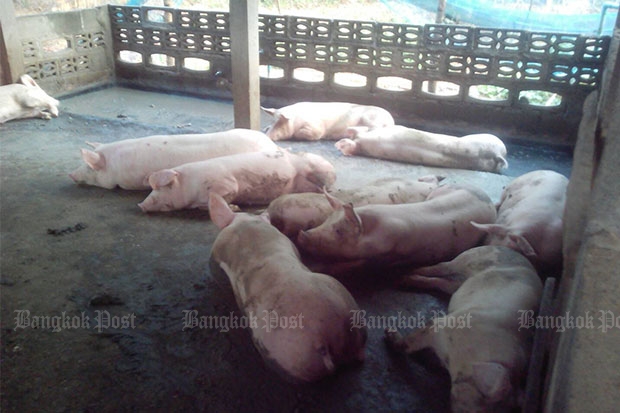 Thoon Nusupa, 66, headman (kamnan) of tambon Thanao and owner of the pig farm, said the thunderstorm brought heavy rain and hit the district while he was feeding his pigs.

Lightning struck the big trees behind the pig pens at least 10 times.

After rain stopped, he surveyed the damage to his farm .

Four pigs were dead and seven others were in convulsions.

A storm also caused damage to 54 houses and 14 crop fields in the Chiang Klang district. 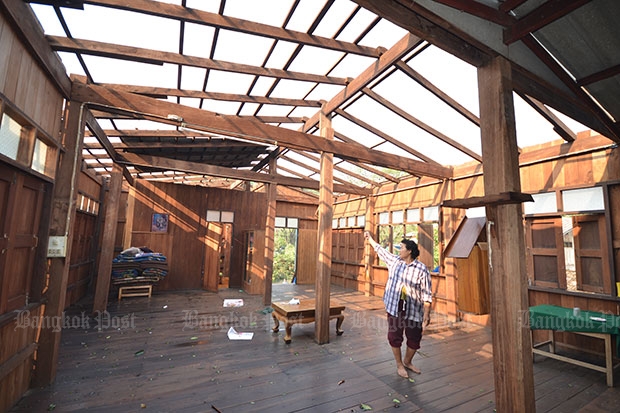 A woman shows the roof of her house in Phrae blown away by a storm. Monday night (Photo by Taweesak Sukkasem)

In Wang Chin district, 89 houses and a school were damaged, with many roofs blown away by the storms.

Many trees were reported to have been toppled along about 5 kilometres of a road in Den Chai district.

There were widespread blackouts in several villages in the district starting about 8pm on  Monday.