Govt to shut down gold-mining industry

Speaking after a cabinet meeting Tuesday, Prime Minister Prayut Chan-o-cha insisted gold mining will cease by the end of this year. Steps will also be taken to rehabilitate mining areas and help workers set to lose their jobs.

Industry Minister Atchaka Sibunruang said the cabinet had acknowledged a joint decision by four ministries – the Industry, Public Health, Natural Resources and Environment and Science and Technology ministries – to stop issuing and renewing the licences.

The decision is aimed at addressing local residents' complaints regarding the health and environmental impacts of gold mining operated by Akara Resources Plc – a subsidiary of Australia-based Kingsgate. 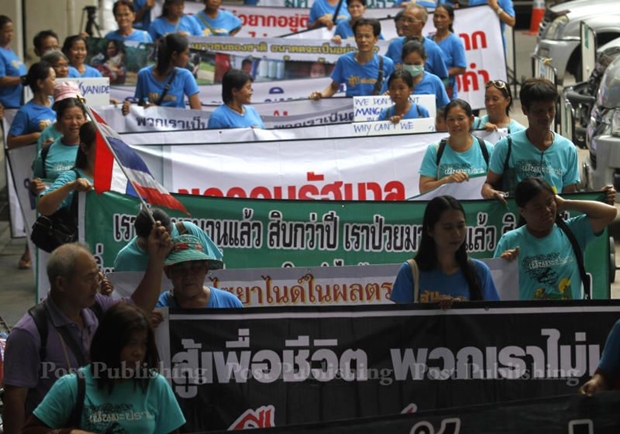 The gold mining industry shutdown comes after many years of public protests like this one late last month. THANARAK KHUNTON

The move means all previously submitted applications for exploration and mining licences as well as applications to renew licences will be rejected, she said.

However, Ms Atchaka said the cabinet has agreed to renew Akara's smelting licence which is due to expire on Friday. The smelting licence will be extended until the end of this year in order to give the company and its workers some time before the closure of its mining operation.

The company will be allowed to produce gold from leftover ore under the renewed smelting licence, she said.

Ms Atchaka said the four ministries met on April 29 to consider the initial findings submitted by a working panel set up to look into local residents' complaints about the health and environmental impacts of gold mining.

While it is not clear whether any health problems have been caused by the company's gold mining, the four ministries reached the joint resolution in order to end conflicts over the issue, she said.

Based on the decision, gold mining and exploration nationwide as well as renewal of licences will cease by the end of this year, Ms Atchaka said. The ministries agree gold mining is not suitable for the country at the time, she added.

The minister said health checks of local people living around the gold mine found many of them have high levels of harmful substances in their bloodstreams.

However, she admitted the checks only began in 2014 and 2015, and that there is no scientific evidence about what caused the health problems. But the four ministries agreed that if the gold mining is causing conflicts, it should stop to benefit the public, she said.

Asked whether the company would sue the government for damages, Ms Atchaka said the company has the right to do so.

She also said the cabinet has apportioned various tasks to ministries after Akara closes down its mining operation.

The Industry and the Natural Resources and Environment ministries will oversee the closure and rehabilitation of the mining areas, while the Public Health Ministry will look after local residents' health needs. The Labour Ministry will find ways to help the company's more than 1,000 workers likely to be affected by the closure, Ms Atchaka said.

She added the Phichit governor will also be asked to draw money from the province's 45-million-baht local development fund to help workers. 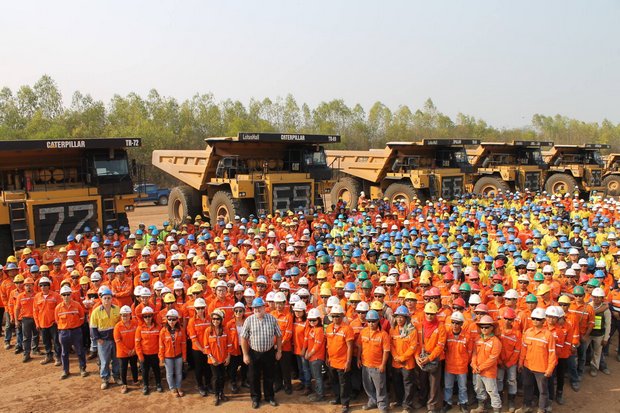 These workers, photographed recently for a web presentation by LotusHall Mining Heavy Engineering Construction Co, are now out of work. The government has promised to help them find alternative jobs.

In a statement issued Tuesday, Akara Resources said the proposed closure of its Chatree gold mine has come as a complete surprise.

The company said it has a mining lease until 2028 and it plans to keep mining until then. "Time after time we have conclusively proven we cause no harm to the health of communities or the environment. And we contribute large amounts to the Thai economy," the statement said.

It also said Akara would seek legal advice on how to proceed with the matter.