José Mourinho will take over as manager of Manchester United from the 2016/17 season, signing a three-year contract with an option to stay at the club until at least 2020.

This statement has just been released by Manchester United:

José, 53, has managed at the top level of European football for over a decade and in that time has won league titles and cups in four countries (Portugal, England, Italy and Spain), as well as winning the UEFA Champions League twice – in 2004 with FC Porto and in 2010 with Inter Milan.

Announcing the appointment, Ed Woodward said: "José is quite simply the best manager in the game today. He has won trophies and inspired players in countries across Europe and, of course, he knows the Premier League very well, having won three titles here.

"I’d like to take this opportunity to welcome him to Manchester United. His track record of success is ideal to take the club forward."

José Mourinho said: "To become Manchester United manager is a special honour in the game. It is a club known and admired throughout the world. There is a mystique and a romance about it which no other club can match.

"I have always felt an affinity with Old Trafford; it has hosted some important memories for me in my career and I have always enjoyed a rapport with the United fans. I’m looking forward to being their manager and enjoying their magnificent support in the coming years."

London, May 27, 2016, AFP – Jose Mourinho was expected to become Manchester United's new manager on Friday after reportedly agreeing a deal to take charge at Old Trafford.

Mourinho has been in negotiations with United since Louis van Gaal's sacking on Monday and British media reports on Thursday claimed an agreement is now in place for the former Chelsea manager to fulfil his long-held ambition to manage the Premier League club. 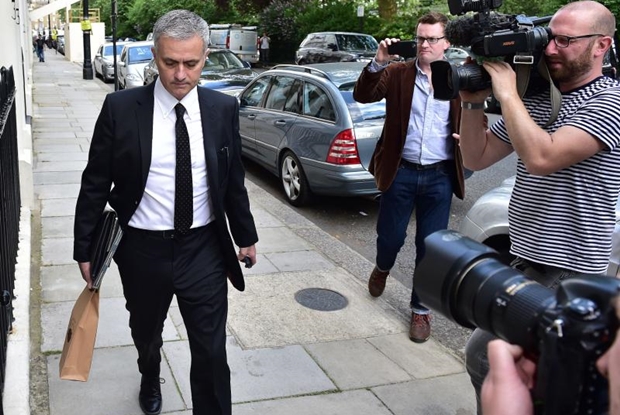 Jose Mourinho arrives back at his home in central London on May 26, 2016. The prospect of Jose Mourinho becoming Manchester United's next boss has unleashed hopes across Europe of a mega-spending spree by the English giants to get back into the elite. / AFP PHOTO / LEON NEAL

United are set to officially confirm the 53-year-old's appointment after the deal was delayed due to discussions over Mourinho's image rights.

Mourinho is said to have been offered a three-year contract that will pay him between £10 million ($14 million, 13 million euros) and £15 million per season.

It was also reported Mourinho, back in management 162 days after being sacked by Chelsea in December, is set to be given bonuses that will pay £5 million and £2.5 million respectively if he leads United to the Champions League or Premier League title. 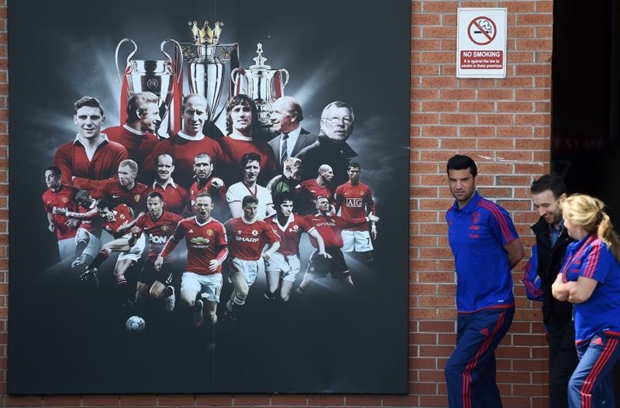 Workers walk past a mural depicting present and past football players and managers outside Manchester United's Old Trafford football stadium in Manchester, north-west England on May 24, 2016. Jose Mourinho was on the verge of fulfilling his dream of managing Manchester United on Tuesday after Louis van Gaal's troubled two-year reign came to a bitter end. / AFP PHOTO / PAUL ELLIS

Talks between Mourinho's agent Jorge Mendes and United's executive vice-chairman Ed Woodward have resolved problems with Chelsea's control over his image rights, paving the way for the controversial and charismatic boss to fulfil his long-held dream of managing the Manchester giants.

Mourinho was seen strolling back to his town house in the upmarket London district of Belgravia wearing a smart black suit and clutching documents and a bag from a wine shop on Thursday, and soon after those images emerged it was reported he had agreed the deal.

Mourinho, always hyper-conscious of his public persona, was said to have spent part of Thursday crafting his message to United fans in a statement which will accompany the club's announcement of the deal.

Mourinho is reported to already be lining up new signings as he seeks to bolster an unbalanced squad that limped to a fifth place finish in the Premier League before ending the unlamented Van Gaal era by beating Crystal Palace in the FA Cup final on Saturday.

Even without the lure of Champions League action next season, Mourinho is hopeful of making several top-class additions. 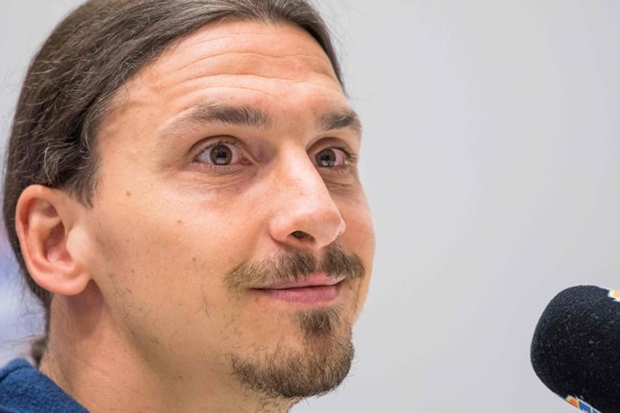 Zlatan Ibrahimovic, who worked with Mourinho at Inter Milan, is one target and on Thursday he hinted a move to Old Trafford could be on the cards.

The Sweden striker has left Paris Saint Germain and, asked if there had been an offer from United, Ibrahimovic said with a smile: "I think it's a great move (by United) – you want action, you bring in Mourinho.

"I don't give guarantees but there are concrete offers from the Premier League, so let's see what happens."