Thailand has 46 million registered Facebook users, a huge percentage of the Thai population. David Norcross has put together some interesting statistic on exactly who they are.

Thailand has 46 million registered Facebook users. Therefore, of all the Facebook accounts in the world, 2% of them are logging on from Thailand. This number represents a huge percentage of the Thai population and clearly Facebook is an essential part of daily life for most Thai people.

Bangkok has 30 million registered Facebook users, making it by far the city in Thailand with the most users. In joint second place are Chiang Mai and Nakhon Ratchasima with 1.3 million users, followed by Khon Kaen with 750,000 and Hat Yai with 590,000. 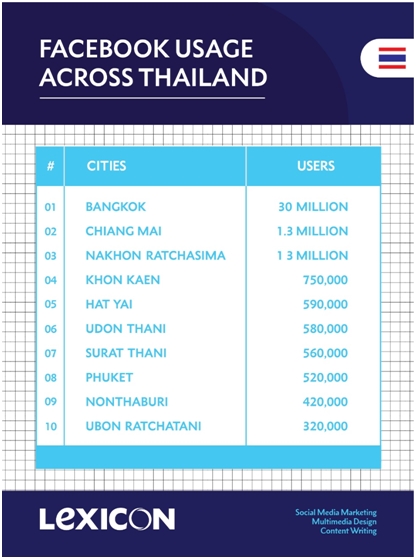 Facebook reveals a lot of information about its users’ activities on the platform, For example:

Married & Engaged – 3.6 million people have told Facebook that their relationship status is ‘married’ and 570,000 people have declared themselves as engaged. Facebook also identifies 4.4 million parents.

Foreign Users – In total, 2.9 million foreigners are registered as using Facebook while living in Thailand. This number includes 160,000 from the USA, 96,000 from the UK and 20,000 from Australia.

What are they doing?

The average Thai person spends nearly three hours every day on social media. The most popular pages relate to viral videos, news, and celebrities. YouLike is the most popular page overall with 13.4 million likes and Dan Ichitian is second with 12.8 million. 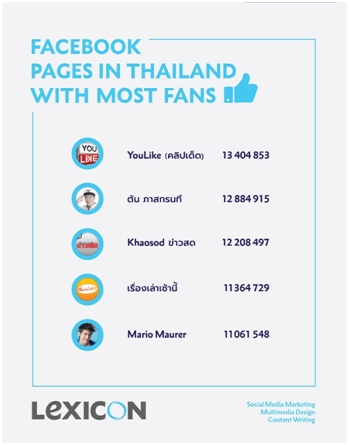 The most popular locations in Thailand are all connected to entertainment/shopping or travel and are: 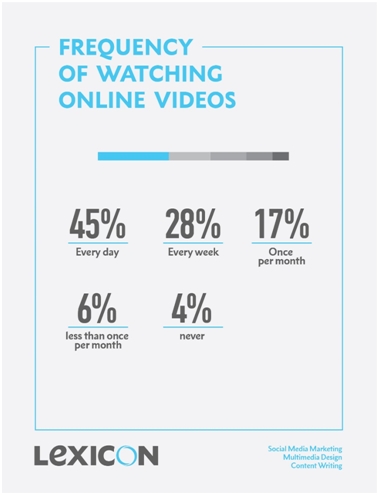 Video content is also very popular in Thailand and 45% of people say they watch videos every day on their computer or mobile phone; only 4% said that they never watch videos online. The most popular video from Thailand on YouTube is the pop song Splash Out with over 141 million views.

What do they buy?

E-commerce is very popular in Thailand and 51% of people surveyed admitted having bought a product online in the previous 30 days. Lazada is probably the most popular website for buying online, but many small businesses have a Facebook shop where they can answer enquiries, take orders, process payments and arrange shipments without having to leave their home. 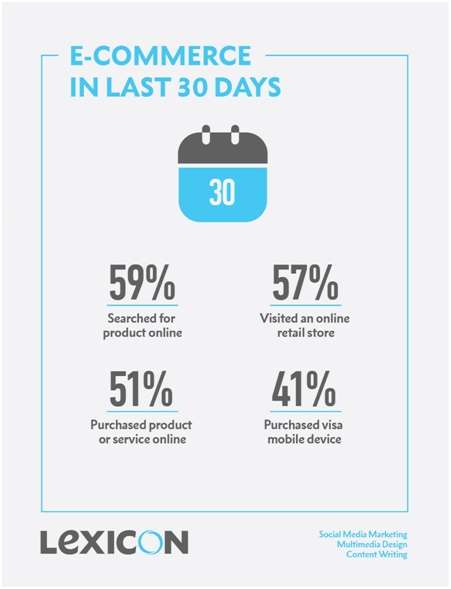 If you are looking to start a business on social media, it is important that you create content designed to appeal to your customers. This content can be in the form of pictures, videos or blog articles, but whether you’re blogging or making infographics, the key is to catch attention.

Whether on- or off-line, you’re going to need great copywriting, attractive visuals and an interesting story to tell. With 46 million Facebook users in Thailand, there’s sure to be an audience for your content and it’s possible to target at very specific demographics through Facebook’s advertising tools.