A common perception of video gaming among non-gamers is that at best it is a harmless distraction and at its worst, it’s an addictive time-wasting impediment to getting ahead in life.

While there certainly are dangers in excessive gaming– or anything else, for that matter – few people seem to realise the potential video games have for good, especially for English language learning.

The most popular games nowadays are multi-player games where effective communication is a must for winning. Games like Fortnite, League of Legends, Call of Duty and Player Unknown’s Battlegrounds (PUBG) are easy to join and geographical location is not a limitation. My son, for example, plays with gamers from around the world.

While a basic knowledge of English is generally needed to join in a game with international players, the language barrier is surprisingly low. Knowledge of the game itself is the key and proficient players can follow along even if they don’t understand much of what is being said.

If you get a friendly teammate you can learn a lot of English in a hurry.

Real English for Gamers will help prepare such players to enter their favorite games, but the serious learning starts when the game begins. Players are now in the real world of English, the language they will hear and use outside the classroom.

The language may be real, but it is also limited. Much of the focus, of course, is on the game itself. Players talk about what is happening now, what just happened and what to do next. Asking and answering questions is a big part of it and, depending on the game, players may need to shout out enemy locations or cooperate in completing a task.

Video games are fun, so there is a lot of friendly banter between teammates and this takes some time to learn – and, in some cases, to avoid. The “F word” and other foul expressions are common, but there is no reason to repeat them. They do not make the speaker sound impressive.

Games are social and your new teammates may be curious about you, where you’re from, what your town and country are like, what you like to do, etc., etc.

So be prepared for “small talk,” ordinary conversation, Real English for Gamers will help with that. 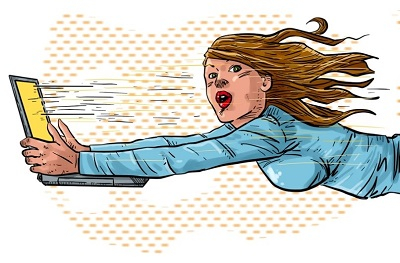 The biggest challenge may not be the words and phrases the players will hear, but the speed at which they are spoken. There is no classroom speed limit here. Nor is there a standard pronunciation system. You will hear all accents – native accents like American, British, Australian as well as non-native speakers struggling to be understood – just like in the lobby of a hotel with an international clientele.

Real English for Gamers will help your listening comprehension by giving you access to hundreds of in-game video clips in which you can hear and see what is being said, complete with vocabulary explanations. You will also learn techniques for coping with the speed of the language.

Yes, gaming can be a distraction, addiction is a danger, but let’s not dismiss what hundreds of millions of young people enjoy as a complete waste of time. Keep on gaming, but try it in English (or Thai, or French, or Korean) once in a while.