After leaving military service in December, Jung Yong-hwa the lead vocalist, guitarist, leader and songwriter of the Korean pop-rock band CN Blue set out on a solo tour and Thailand was one of his destinations.

On January 25 at ThunderDome, Yong-hwa sang 23 songs during his three-hour show — 2020 Jung Yong-hwa Live ‘Still 622’ in Bangkok. The number “622” from the concert name refers to his birthday (June 22) and the long set list showed his 10-year journey in the music business. The songs were a combination of his two solo albums — One Fine Day (2015) and Do Disturb (2017) —  "For First Time Lover” from his reality show We Got Married, “You’ve Fallen for Me” from his TV drama Heartstring and many songs from his band, CN Blue.

The 30-year-old singer demonstrated fantastic showmanship. His singing ability was outstanding. He could project his voice differently on a variety of songs.

During the opening set, Yong-hwa, in a leopard print shirt, played piano while singing “Can’t Stop.” He asked his fans to sing along and continued with another upbeat song, “Energy.” He had endless energy to encourage the fans to engage with him.

Yong-hwa started his music career as a musician. He had a hard time learning to dance, but that was 10 years ago. Now the singer is stronger and can dance smoothly, especially during the dance songs, “Summer Dream” and “Password,” when his movements were natural with the same pace as his dancers.

There were many moments in the concert that reminded the singer and the audiences of old memories. The lyrics of the song “30 Years Old,” which Yong-hwa wrote when he was 27, are about wanting to keep meaningful and warm memories. Then he sang two sweet hit songs, "For First Time Lover” and “You’ve Fallen for Me,” to which the fans screamed with joy and sang along loudly.

When he performed with CN Blue, many songs were intense and loud, but at his solo show some songs were rearranged with a string band (violins, violas and cellos). The rearrangements were fine, but as a listener who knew original songs, I missed the simple and raw beats as well as the storming drums of CN Blue. 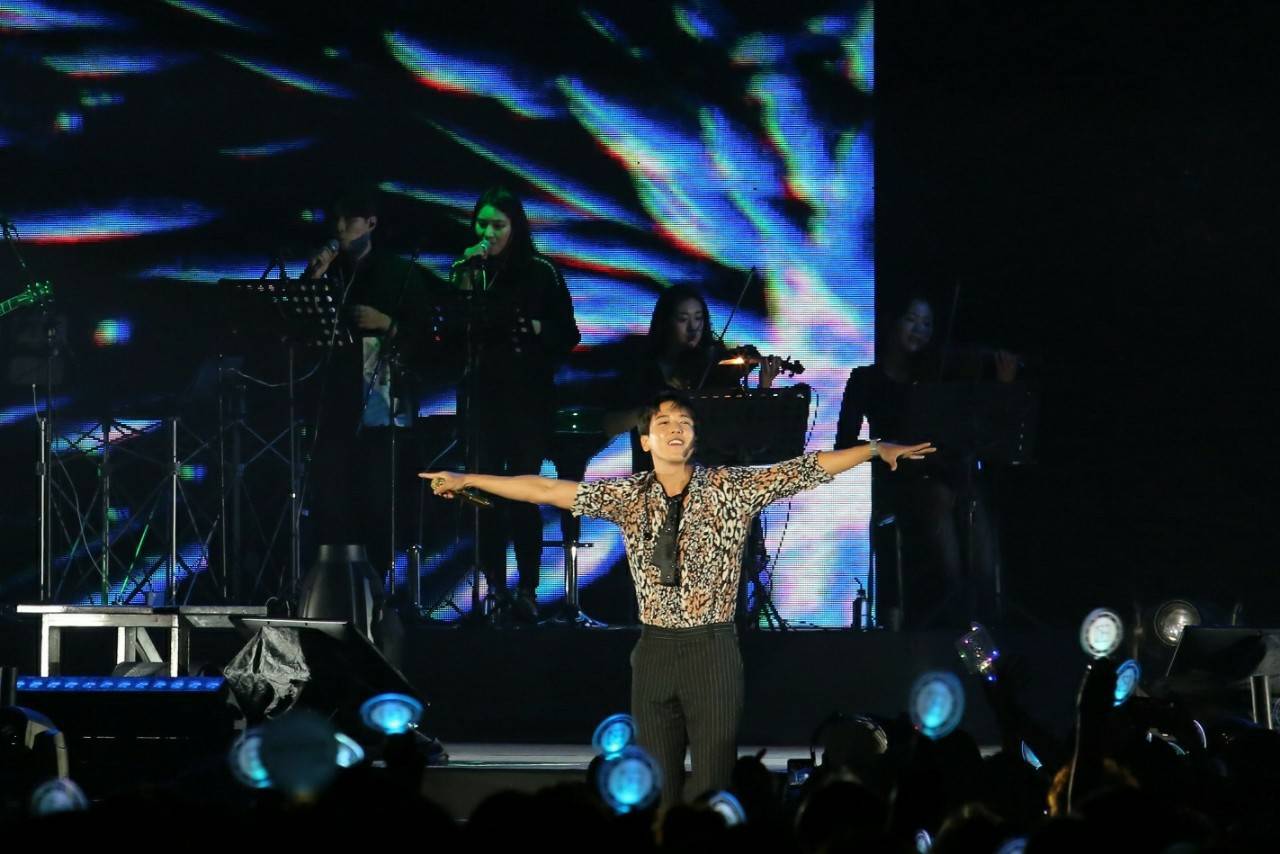 Yong-hwa made the fans happy by saying he liked to have a show in Thailand because Thai fans have great responses to his performance. The singer said that 10 years ago the fans cheered him very loudly and 10 years later, everyone still keeps on cheering. He wished the fans would get energy from his concert and hoped they would be with him forever.

The concert ended with “Young Forever.” The lyrics said the singer wished to stay young, but no one could go back in time. Yong-hwa isn’t young anymore, but he did well as a solo singer.