A South Korean professor and his son share their knowledge with Thai students.

I am Brian Park, a former university professor in South Korea and committee member of the ASEAN Tea Committee. I once wrote to Student Weekly magazine in 1982, and as a result I had many Thai student pen pals.

I'd like to tell you about my son, Park Seung-tae. He is a college student in Korea and recently taught about coffee production to students at Mae Fah Luang University in Chiang Rai, Thailand. It is a kind of original coffee educational program from Korea. It also taught Chiang Rai's coffee operators. However, he did not receive any instructor fees, and I would like to say the reason is that it helps build good relations between Korea and Thailand. Here are his memories of the experience. 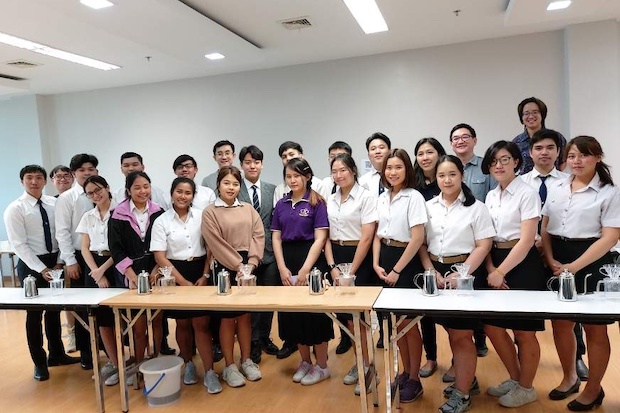 My name is Park Seung-tae and I am a student in Hankuk University in Seoul. I am majoring in Korean studies. My grandfather received help in the Korean War from Thailand, and I reciprocated with coffee education.

Last year, I participated in the Tea and Coffee International Symposium (TCIS 2019) organised by Mae Fah Luang University. At that time, I received a lot of encouragement from many professors and researchers in Thailand.

I had a chance to use the coffee technology I had learned in Thailand. I was invited to train a coffee ambassador team at MFU for two weeks. I told the university that I would educate Thai university students and Chiang Rai citizens without taking any money.

Making money is not my goal in life because I am a student, and I am much more willing to grow myself through greater learning. Also, I had been looking into 16 countries that helped protect the Republic of Korea during the Korean War. Thailand sent soldiers to protect my country during the war. I didn't go through the Korean War, but I think I exist as I am because of the results of the war.

Without Thailand and other allies at the time, global companies such as Samsung, Hyundai, LG and SK cannot exist. Cell phones produced by Samsung, air conditioners produced by LG and cars manufactured by Hyundai will not be seen in foreign countries such as Thailand.

This is why I was glad to bring coffee education to students and some people who are interested in coffee.

Furthermore, I was very impressed by the university's Dr. Amorn Owatworakit's efforts to improve and promote the Thai coffee industry. From Dr. Amorn, a scholar can learn to constantly strive to develop their field of industry. I learned how to trust and recognise people from Dr. Piyaporn Chueamchaitrakun, director of the Tea and Coffee Institute at MFU.  Thanks for your belief in a young man with seven years of experience in coffee volunteer work and also giving him a chance to share his experience.

There is an old saying in Korean culture that when it is difficult, give a little help, and after solving the difficulties, get a lot of help.

On the other hand, I think it is time to get a little help in times of need, and to pay back a lot after development.

The help from Thailand during the Korean War has produced tremendous results in the present day.

My little attempt was to create an image of Korea where frogs remember things from when they were tadpoles. I hope it helped. 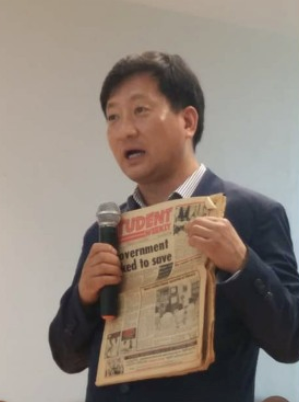